BUSINESS Expansion in air as June PMI back to black

Expansion in air as June PMI back to black 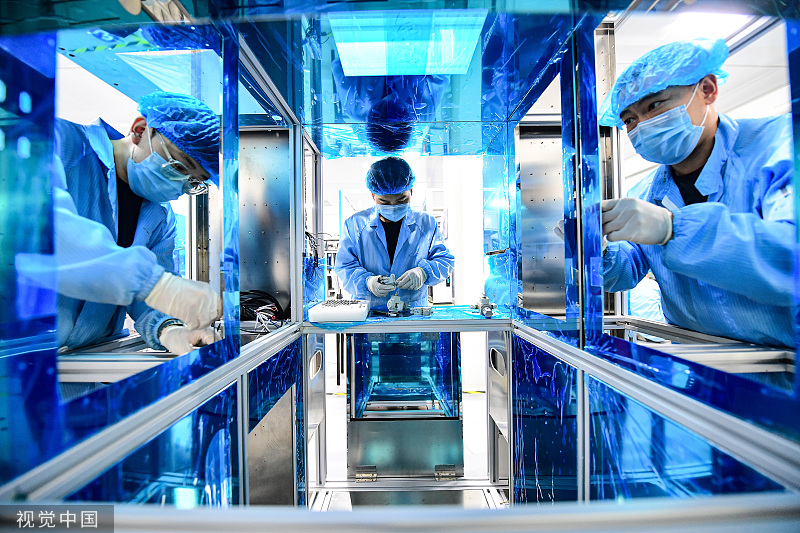 China's factory activity expanded in June for the first time in four months as new orders and production improved, suggesting the country's economic recovery is gathering pace amid better containment of the COVID-19 pandemic and more substantial policy support, officials and experts said on Thursday.

The official purchasing managers index for China's manufacturing sector in June came in at 50.2, compared with 49.6 in May, said the National Bureau of Statistics, signifying a return to expansionary territory for the first time since February.

A PMI reading above 50 points to expansion, while one below signals contraction.

Zhao Qinghe, a senior statistician with the NBS, attributed the recovery to the government's effective measures to control the pandemic and implement a package of stimulus policy measures aimed at stabilizing the economy.

The subindex for production came in at 52.8 versus 49.7 a month earlier, as production resumption advanced further in June, and COVID-19 outbreaks eased in more cities across the nation. The gauge for new orders also moved back to expansionary territory, rising to 50.4 from 48.2 in May.

China's June nonmanufacturing PMI stood at 54.7, following a 47.8 reading in May. And the country's official composite PMI, which includes both manufacturing and services activity, came in at 54.1 in June, compared with 48.4 in May, said the NBS.

"Given some recent material steps taken to ease COVID controls, including reducing inbound quarantine times by half and removing the 'asterisk' on travel itinerary e-cards, we expect mobility to improve further and growth momentum to remain positive in July," said Lu Ting, chief China economist at Nomura.

Despite the improvement in PMI readings, Zhao also warned of uncertainties both at home and abroad, saying more efforts should be carried out to better implement the government's stimulus policy measures and actively expand effective demand.

Zhao's views were echoed by Wen Bin, chief economist at China Minsheng Bank, who called for stronger policy support to consolidate the recovery momentum, with a key focus on implementing existing policies and taking well-coordinated steps to respond to COVID-19 and pursue economic and social development.

Looking ahead, Tommy Wu, lead economist at the Oxford Economics think tank, said his team anticipates a quarterly contraction in the second quarter due to the impact of the pandemic followed by a recovery in the second half as stimulus measures take effect.