NEW YORK, Aug. 7 (Xinhua) -- It is a "total lose-lose proposition" for US President Donald Trump's administration to continue to escalate tariff tensions with China, said a renowned expert on Tuesday. 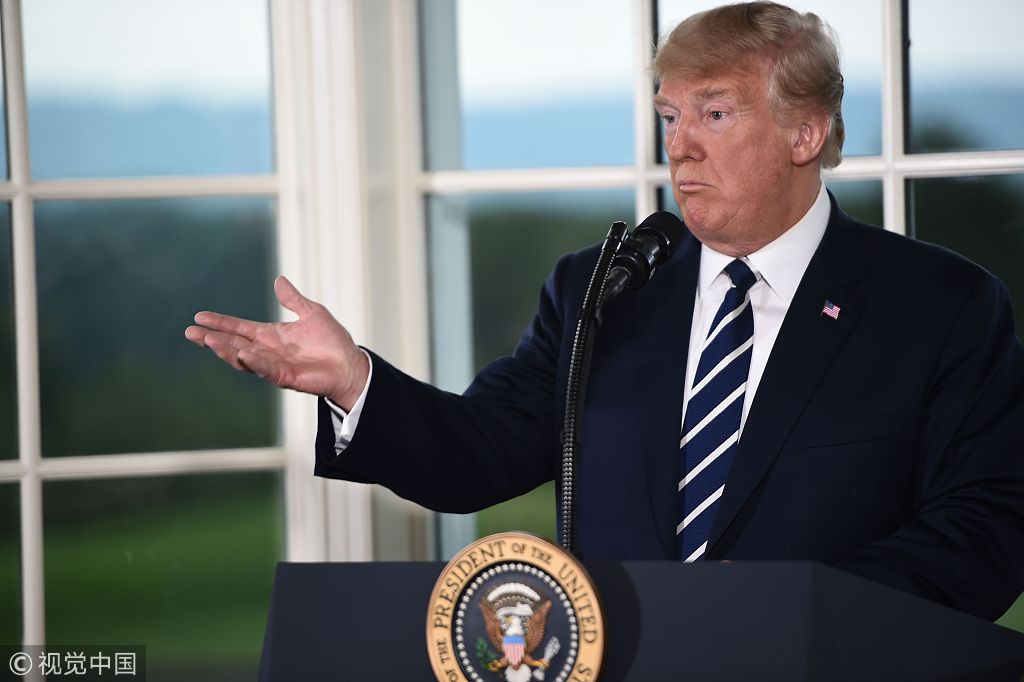 US President Donald Trump gestures as he speaks during a dinner with business leaders in Bedminster, New Jersey, on August 7, 2018. (Photo: VCG)

The Office of the US Trade Representative (USTR) announced earlier in the day that the country will begin collecting extra tariffs on another $16 billion in Chinese goods on Aug. 23, bringing the total number to about 50 billion dollars in goods that now face an additional 25 percent tariff.

"Unfortunately, it was totally expected. It is again totally illegal under WTO law and it is a total lose-lose proposition," said Sourabh Gupta, senior fellow at the Institute for China-America Studies in Washington, DC, in an interview with Xinhua via email late Tuesday.

In order to safeguard its legitimate rights and interests and protect the world trade order, China has vowed to match Washington's tariff moves with duties on an equivalent worth of US products.

There was "by-and-large overwhelming opposition" from US domestic business associations and groups representing the chemicals, cable and wire, electronics, semi-conductor and retail sectors, among others, during the July 24-25 hearings with regard to the 16-billion-dollar tranche, Gupta pointed out.

"Yet the Trump administration has obstinately gone ahead with the duties," he said, adding that Washington's "deliberate disregard" of WTO rules in this Section 301 case against China is "disappointing."

Gupta said it is "revealing" that the semiconductor industries' champions had written in late July that applying additional tariffs on these imports will only hamstring US producers and, down the line, US consumers.

They also know that China is the world's largest and fastest growing market for semiconductors and equipment, hence "treating China poorly can have lasting, long-term consequences which hurts the market share of US semiconductor manufacturers and the supporting supply chain located in the US," he said.