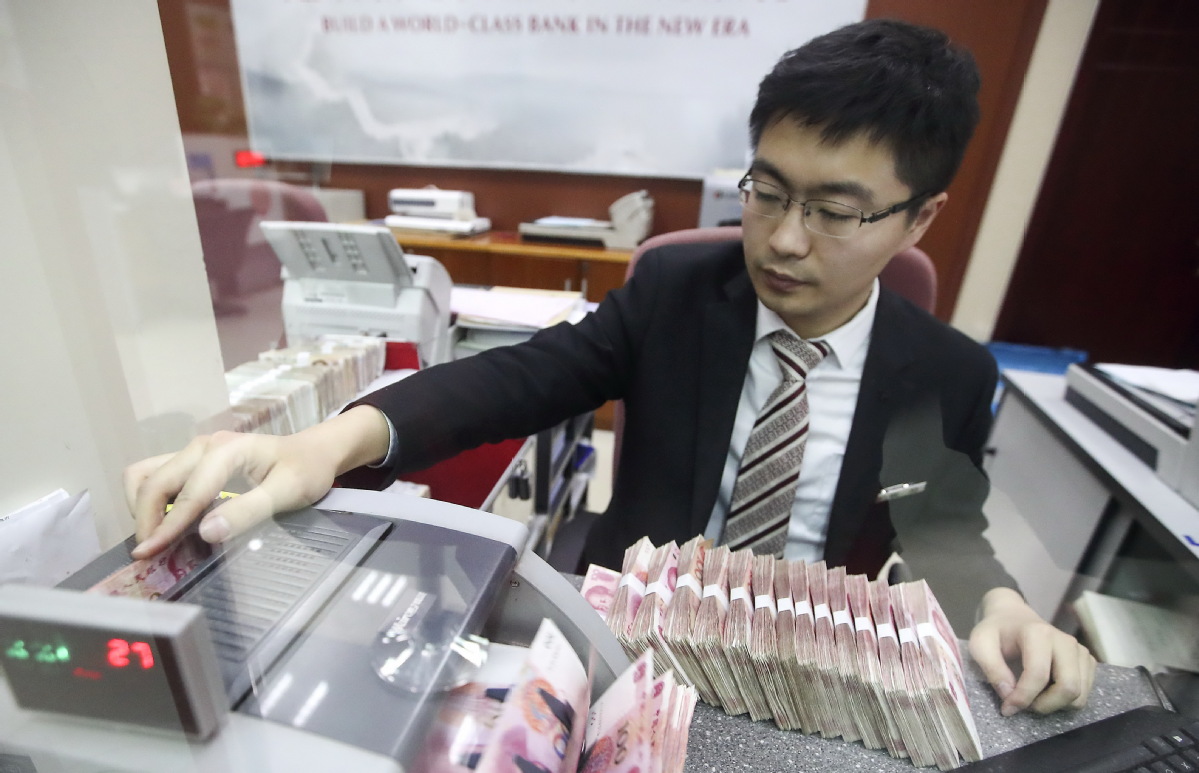 The country's first-quarter economic performance has come under the spotlight as a surge in domestic COVID-19 cases hit economic activity in big cities such as Shenzhen and Shanghai in March, after economic indicators for the January-February period beat market expectations.

"The economic situation at present is challenging," said Kang Yong, chief economist at KPMG China, who forecast that China's GDP would grow by 4.5 percent year-on-year in the first quarter.

The growth in retail sales could slow to 1 percent year-on-year in March from 6.7 percent in the January-February period as Omicron outbreaks dampened offline consumer spending, while fixed-asset investment could also decelerate amid the ongoing real estate downturn, Kang said.

Huo Jianguo, vice-chairman of the China Society for World Trade Organization Studies, said first-quarter export growth could also have experienced downward pressure as the COVID-19 resurgence has added another layer of difficulty to exporters in addition to surging raw material prices.

The manufacturing purchasing managers index has provided evidence of cooling factory activity. The index dipped to 49.5 in March, versus 50.2 in February, marking the first contraction in manufacturing activity in five months.

China will release more economic data for March and the first quarter this month, including first-quarter GDP growth, to which the market is paying close attention.

"It deserves attention as it will influence how policymakers will adjust monetary policy and industry regulations, including in the property sector, in April to counter rising economic headwinds," said Wang Qian, Vanguard's Asia-Pacific chief economist.

If first-quarter economic indicators decline universally on a quarterly basis, further stimulus measures will become necessary and likely in the coming weeks, including high-profile monetary measures such as cutting interest rates and the reserve requirement ratio, Wang said.

In order to stabilize local property markets, more local governments may ease homebuying restrictions, reduce mortgage rates and lower down-payment requirements, but will continue to stay away from any big moves that could overstimulate the sector, she said.

Data from China Real Estate Information Corp pointed to the persistent weakness of the sector, as sales of China's top 100 developers declined by 47 percent year-on-year in the first quarter.

The People's Bank of China, the nation's central bank, pledged at a recent meeting to better meet the reasonable housing demand of homebuyers and promote the healthy development of the property market.

"The property sector is one of the roots of current economic headwinds as well as a key lever to stabilize the economy," said Luo Zhiheng, chief economist at Yuekai Securities.

Efforts are needed to facilitate the reasonable financing of the property sector to mitigate the debt default risks of developers, Luo said, adding that it is also essential to ramp up fiscal support to low-income individuals and small businesses greatly affected by COVID-19.

Experts added that they expect economic growth to rebound in the second quarter based on the scenario that the domestic COVID-19 surge will be controlled this month, helping to ensure the achievement of China's annual GDP growth target of around 5.5 percent.

China's economic growth may accelerate to about 5 percent year-on-year in the second quarter thanks to accelerated infrastructure investment and greater stability in the property sector, Luo said.