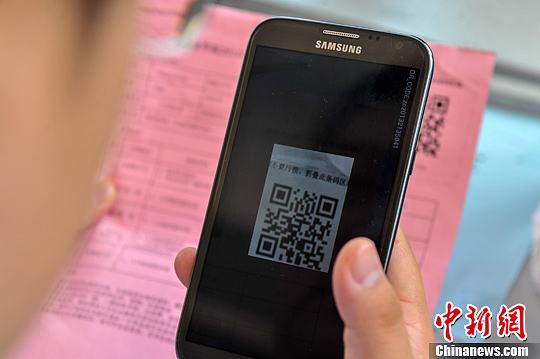 As the QR-code industrial chain is shaping up at a rapid speed, a unified industry standard is in urgent demand, said experts at the 2019 International Two-dimensional Code Industry Development Summit recently held in Foshan, southern China’s Guangdong province, CCTV reported on Aug. 25.

From shopping malls to street vendors, QR codes have become a necessary tool for payment. According to a report issued by the Payment and Clearing Association of China, QR code scanning is the most common method of mobile payment in China.

As a matter of fact, in the age of code scanning, the QR code is no longer limited to payment. Starting last year, China required all newly released pesticide products to display QR codes on their outer packaging so that consumers could trace the product origin and other information. This mode has also been largely applied in the food and cosmetics industries, too.

According to Zhang Chao, head of the Zhongguancun Industry & Information Research Institute of Two-dimensional Core Technology based in Beijing, China’s application of the QR code accounts for over 90 percent of the global total.

“The QR code is an industry worth at least 1 trillion yuan. Though China did not invent the technology, it has become the largest destination of application,” Zhang said.

Wang Ning, president of the China Electronics Chamber of Commerce, pointed out that QR codes will play a more important role in the 5G era, and countries around the world have noticed this trend.

“As a vital entrance to the internet, especially mobile internet, QR codes are infiltrating into many aspects of the economy and society,” Wang said, adding that many countries are developing and studying the core technologies of QR, and deploying them into the industrial chain.

Zhang believes that QR codes have tremendous potential as they will drive the development and manufacturing of related devices, especially after the technology becomes a way to identify almost anything.

“You need to print the codes onto smaller objects, which calls for more advanced code generators, and you need to scan these codes with more advanced decoders that run faster,” Zhang explained.

However, the technology is also facing various problems, the largest being how to standardize it.

Former president of International Standard Organization, Zhang Xiaogang, noted that standards are the foundation of industrial development, the premise of interconnectivity among different fields, and the basis for international recognition and cooperation.