Experts: China's industrial chain improves its position in the world

China has seen better-than-expected exports amid its economic recovery from COVID-19 this year, and its industrial chain has improved its position in the world, experts from Hang Seng Bank (China) told a press conference Tuesday.

In the second half of this year, exports have consistently exceeded market expectations, mainly due to the overseas demand for China's exported anti-pandemic materials, which contributed to almost 15 percent of the country's exports.

Wang believed exports of anti-pandemic materials will continue to be strong next year, at least until June, because foreign pandemic control and vaccine distribution are in low efficiency.

If the pandemic is brought under control in the second half of the year, the demand for resumption of work and production abroad as well as the demand for consumption will also boost China's exports, Wang added.

"We talked about the industrial chain leaving China in March, but now many production lines for industrial parts and final products have actually returned to Chinese mainland," Wang said.

She also stressed that it is a trend, especially for multinational companies, to make a global layout of the industrial chain so that risks can be diversified since the trade war, but this does not mean reliance on China's industrial chain will decline.

"China will pay more attention to the production of intermediate products, and move abroad a certain part of production lines for final products, for example, to ASEAN countries. The recently signed RCEP will also strengthen this trend," she said.

This has little impact on China's industrial chain because 90 percent of the global trade is in intermediate goods, and less than 10 percent is in final consumer goods, according to Wang.

"It is also the transformation and upgrading of China's industrial chain," she said. 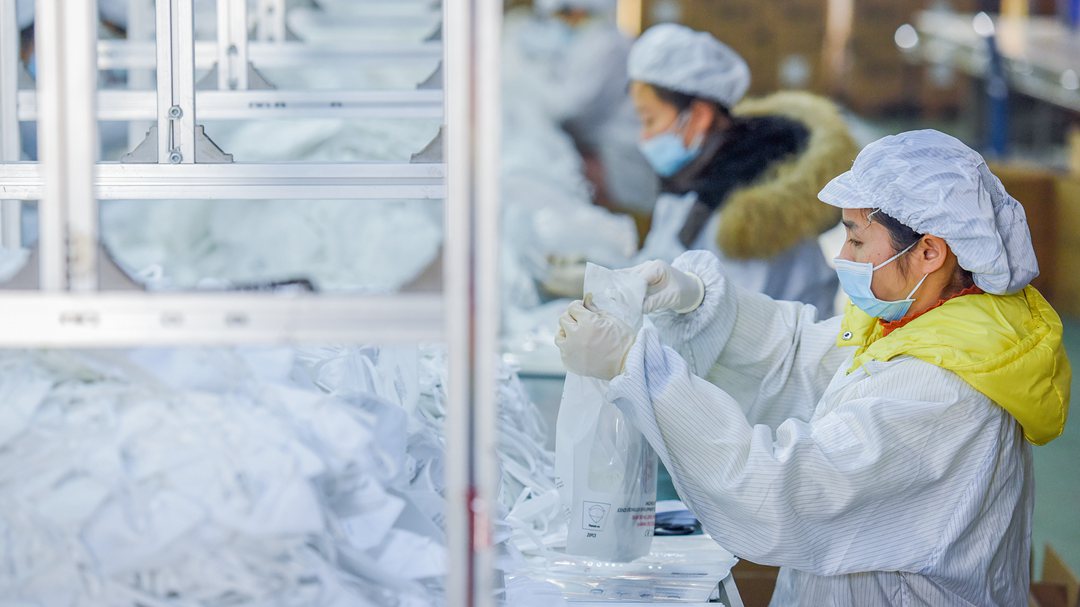 The export sector created 2 million new jobs in 2020, as the number of jobs that can be provided to college graduates and migrant workers is shrinking this year and next, according to Wang's estimation.

"However, since the exports are mainly concentrated in anti-pandemic supplies, daily necessities, and electronic products, and these are industries with a relatively high degree of automation, they will not hire so many workers, and we think that 2 million is almost the upper limit," she said.

The export sector can only provide 13 percent of new jobs, and 87 percent still need to be provided by the domestic market, according to Wang.

"But this part is actually not optimistic, as employment sub-index under PMI, which has been shrinking every month since May, indicated that new jobs provided by enterprises have declined," she noted.

Chinese consumers are relatively conservative, and the restart of consumption in China is difficult after any major economic crisis, including the 1997 Asian financial crisis and the 2008 global financial crisis, and this year is no exception, Wang said.

"However, we see that the central government's policy on consumption subsidies has been introduced and is very strong. It will be a highlight next year," Wang noted.

China's Ministry of Commerce will step up domestic demand, try to drive up consumption potential, clear obstacles to domestic circulation, and eventually form a strong domestic market, according to a statement about its nationwide work meeting last Saturday.

"We believe exports and investment will be the driving force for China's economic growth next year," Wang said. She predicted that the GDP growth rate will be 1.7 percent this year and 7.5 percent next year, which is slightly lower than the market consensus. "The average GDP growth during the 14th Five Year Plan period will be 5 percent," Wang added.

For the monetary policy next year, it is probable that the policy in the second half of this year will continue, and the central bank will seek a balance between stabilizing growth and preventing risks, according to Wu Yingmin, deputy chief executive and head of Global Markets, Hang Seng Bank (China).

"We don't think the reserve requirement ratio will be adjusted, and the LPR (prime loan rate) will not undergo major adjustments," Wu said.