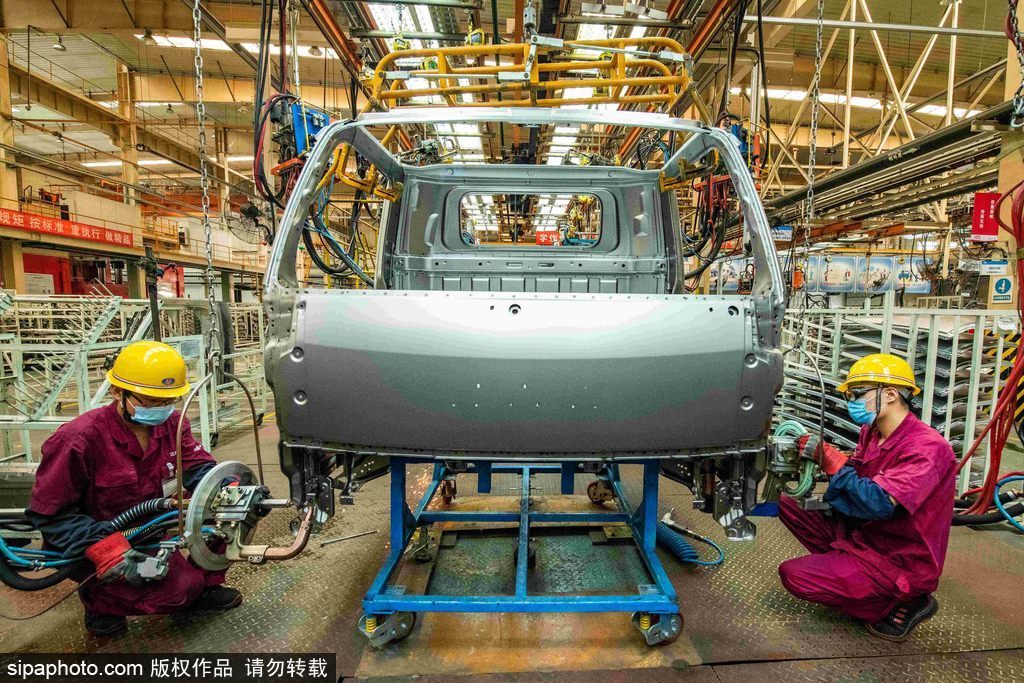 China's purchasing managers index (PMI) for manufacturing rose 0.3 percent from a month earlier, and stood at 50.9 percent, the fourth straight month above the expansion line, according to the National Bureau of Statistics on Tuesday, Yicai reported.

Xing Ziqiang, a chief economist with the investment bank Morgan Stanley China, said the amount of increase in the PMI for manufacturing in June was out of expectation. It was widely predicted to stand at 50.5 percent. The major reasons for the rise were production resumption, the rebound in orders from developed countries, and increasing demand in the middle and lower reaches.

Zhang Liqun, an analyst at the China Federation of Logistics & Purchasing, thought the rise in the PMI in June indicated economic recovery had gained momentum, as supportive policies were put into effect.

In addition to the PMI, the monthly growth rate for profits of industrial enterprises turned positive for the first time in May, a key economic barometer that further proved economic recovery was accelerating.

Experts have analyzed that China's economic recovery is becoming bright and clear little by little. A rather robust recovery by quarter will be seen with successful bottom-line safeguarding in the first quarter, production resumption in the supply side in the second quarter, and a rebound in the consumption side in the second half of the year.

Lian Ping, a chief economist at Zhixin Investment, said there is no doubt China will realize positive growth for the year, predicted to take place in the second half of the year, adding that economic growth will continue to recover and gross domestic product growth in the second quarter will possibly stand at around 3 percent.

The International Monetary Fund predicted in its report published on June 24 that China's growth of 1 percent for the full year would be the only positive growth around the world.

In addition, other financial institutions upgraded their expectations on China's GDP growth in the second quarter. For example, Nomura Securities raised the rate from 1.2 percent to 2.6 percent.

Wen Bin, a chief researcher at China Minsheng Bank, said that although the general trend for China's economic recovery is getting better and the overall economic situation is improving, small and medium-sized enterprises are still under relatively higher pressure. In the next round of efforts, macro policies should be strengthened to further support SMEs, expend effective consumption and safeguard employment.