BUSINESS Experts: Inflation rise due to higher commodity prices not so worrisome

Experts: Inflation rise due to higher commodity prices not so worrisome 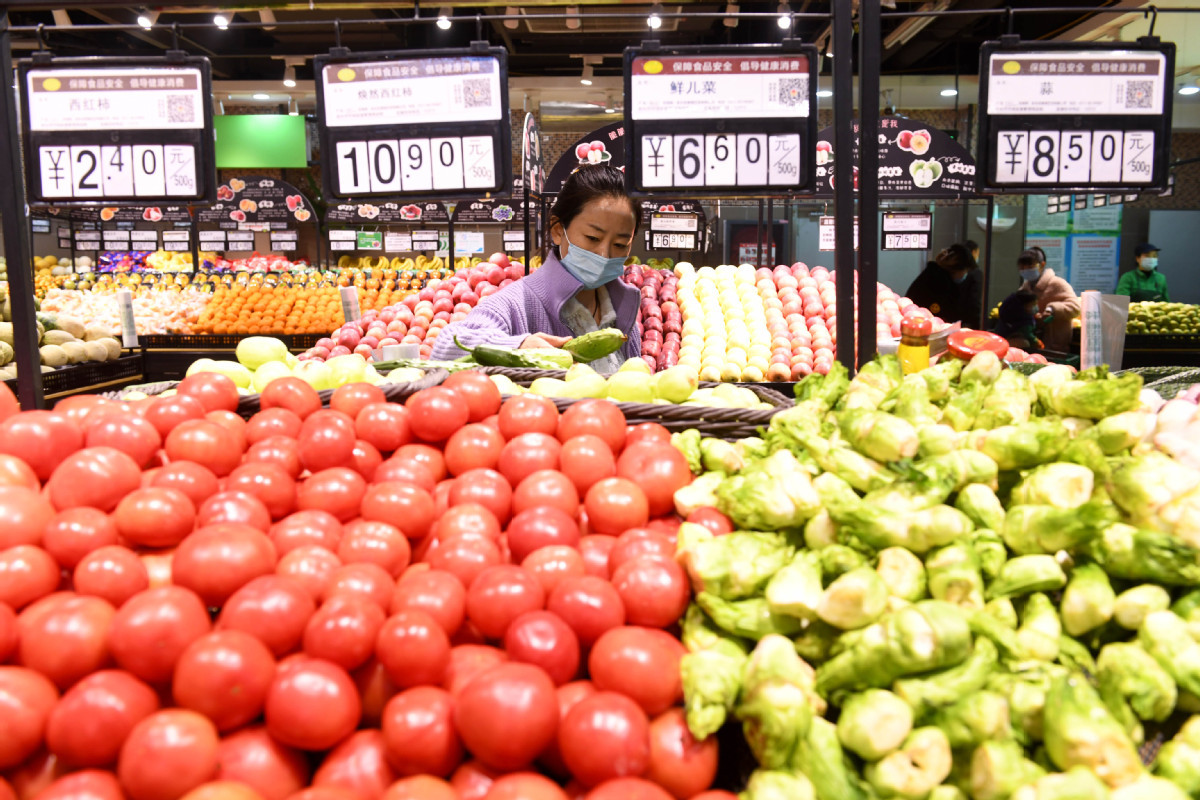 China's inflation is likely to pick up in the coming months amid rising global commodity prices and recovering domestic demand, but there is no cause for concern, experts said.

The higher commodity prices are unlikely to spark a sharp surge in consumer prices, given the central bank's prudent policy stance and the moderate recovery in domestic demand, they said.

China's consumer price index, a key gauge of inflation, fell by 0.2 percent on a yearly basis last month compared with the 0.3 percent decline in January, amid growing demand for cultural and entertainment services during the Spring Festival holiday and rising global oil prices, the National Bureau of Statistics said on Wednesday.

Meanwhile, the producer price index, which measures factory-gate prices, rose to a 27-month high of 1.7 percent on a yearly basis in February, up from 0.3 percent a month earlier, the NBS said.

The stronger-than-expected inflation readings came after a sustained rally in global commodity prices like oil and copper triggered expectations of global reflation. This could mean rising inflationary pressure for China, a major importer of energy and commodities.

"China is likely to face higher inflation pressure due to rising global commodity prices, with the CPI and PPI growth set to increase this year," said Zhang Liqing, director of the Beijing-based Central University of Finance and Economics' Center for International Finance Studies and chief economist of PwC China.

But the risk of imported inflation should be controllable, Zhang said, given the prudent stance of the People's Bank of China, the central bank, and the room for it to adjust policies according to the changes in global commodity prices.

Also, some producers may choose to bear the rising commodity costs themselves and refrain from raising prices of their products, alleviating the inflationary pressure felt by consumers, Zhang said.

"The government's projected goal of an around 3 percent annual growth in the CPI will probably be fulfilled," he said, adding that it is still important to monitor global commodity prices and related risks.

"The recovery in domestic demand is not expected to be so strong that high consumer inflation will happen," said Wu Chaoming, chief economist with Chasing Securities.

Consumer spending will further recover as COVID-19 gets further controlled, but the process should be gradual and moderate, as evidenced by the still low core CPI reading last month, Wu said.

The NBS reported that the growth in the core CPI, which excludes food and energy prices to better reflect the real demand, has remained low at zero last month, though up from a 0.3 percent decline in January.

Falling food prices may also help rule out a sharp rise in CPI growth as pork production continues to recover, experts said. Food prices dropped by 0.2 percent on a yearly basis last month, versus a 1.6 percent rise in January, with pork prices down by 14.9 percent, the NBS said.

Lu Ting, Nomura's chief China economist, said the year-on-year PPI growth is expected to peak around the middle of the year and moderate thereafter with a whole-year growth of 4.2 percent, while the CPI growth may rise throughout the year and see an annual growth of 1.7 percent.

Though there have been concerns that the rising inflation may pressure the country's central bank to tighten policies, Lu said he expects the PBOC to stick to the "no sharp shift" commitment and roll out neither hikes nor cuts to policy interest rates and the reserve requirement ratio this year.