Experts: LPR may edge down further 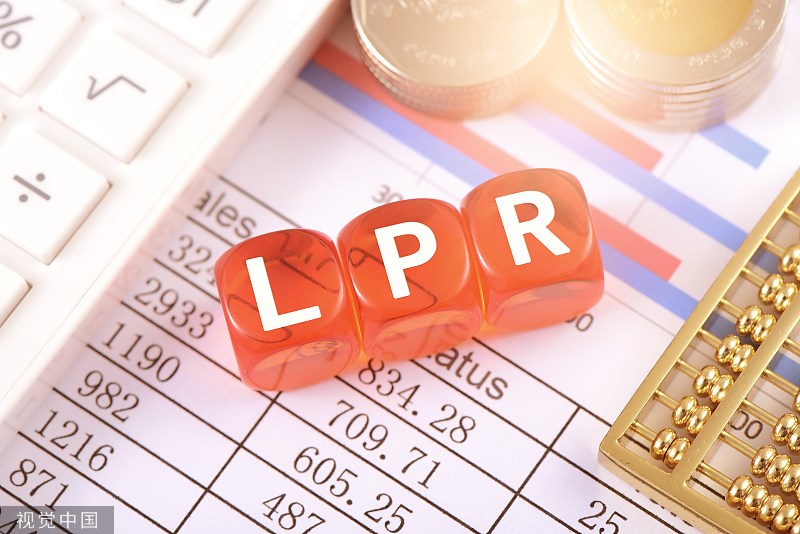 China's benchmark rate for bank lending still has room to decline during the rest of the year as the central bank's latest open market operations signaled that an accommodative policy stance may continue to buoy economic recovery, experts said on Tuesday.

Their comments coincided with the market anticipation of October's readings for the loan prime rates or LPRs — the country's market-driven benchmark lending rates — that will be unveiled on Thursday.

While the interest rate of the medium-term lending facility or MLF, which serves as a guide to LPRs, stayed unchanged on Monday, some experts said LPRs might still decrease in the coming months as the latest MLF operation pointed to the central bank's willingness to strengthen support for the real economy.

On Monday, the People's Bank of China, the country's central bank, halted cash withdrawal via its MLF operations for the first time in three months, delivering liquidity support stronger than expected.

The PBOC injected 500 billion yuan ($69.45 billion) worth of one-year MLF loans to the banking system on Monday, matching the amount maturing this month and resulting in no injection or withdrawal of liquidity on a net basis.

The central bank kept the interest rate on MLF operation at 2.75 percent, unchanged from the previous month.

Zhang Xu, a fixed-income analyst at Everbright Securities, said the PBOC has made a full MLF rollover even as market interest rates are relatively low, delivering a clear signal that the central bank is willing to beef up support for the real economy.

The report to the 20th National Congress of the Communist Party of China, delivered on Sunday, has underscored that the country must continue to focus on the real economy in pursuing economic growth.

Against such a backdrop, Zhang said reducing the reserve requirement ratio — or the amount of cash banks must set aside as reserves — could be a feasible policy option in the coming months to nudge corporate financing costs down, a process that could tamp down the LPRs.

The country's one-year LPR came in at 3.65 percent in September, down 15 basis points since the beginning of the year. The over-five-year LPR, a benchmark for mortgage rates, dropped more sharply by 35 basis points so far this year to 4.3 percent last month.

The deposit rate reductions can lower banks' funding costs and boost their willingness to reduce LPR quotes, Wang said. LPRs are formed based on quotes of banks' lending rates to their highest-quality customers.

A PBOC survey report for the third quarter has shown that consumers remain cautious in terms of spending, as 22.8 percent of surveyed depositors said they are willing to consume more, down 1 percentage point from the second quarter.

If the recovery of consumer demand remains slow, the over-five-year LPR may decrease to reduce lending costs of households and boost their tendency to consume, Wen said.

Also pointing to ramped-up monetary support, the growth in China's broad money supply, or M2, remained buoyant at 12.1 percent year-on-year by the end of last month, staying at no less than 12 percent for three consecutive months, official data showed.