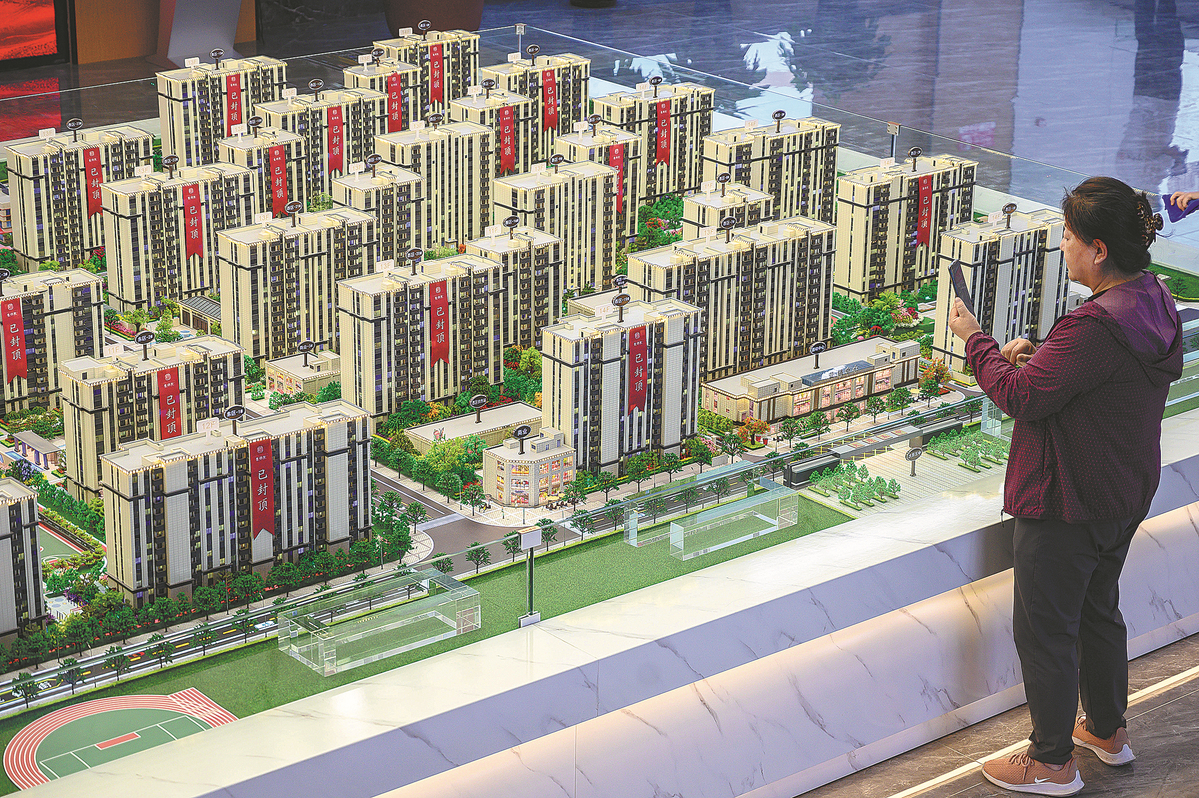 Despite the cooling tendency of major Chinese cities' home prices in November, industry experts are sanguine on market stabilization in the coming year, especially considering a document released on Wednesday on expanding domestic consumption demand and ensuring the stable and healthy development of the property sector.

In November, new home prices in 70 major cities saw a smaller drop on average from a month ago, said Yan Yuejin, director of Shanghai-based E-house China Research and Development Institution.

"This is an important signal that supportive measures introduced by financial regulators have had a positive impact on real estate developers' market expectations, and home price adjustments are underway," said Yan.

More specifically, 51 out of the 70 cities saw new home sales prices drop month-on-month, seven less than from October, and the number of cities reporting year-on-year price declines stood unchanged at 51, data from the NBS showed on Thursday.

"This is the first time in the second half of this year that we are seeing fewer cities report new-home price declines from the previous month, showing measures are taking effect, such as ensuring the handover of property assets, improving capital conditions of property developers, and activating rational demand among homebuyers," said Li Yujia, chief researcher at the Guangdong Planning Institute's residential policy research center.

The four top-tier cities registered a 2.5 percent year-on-year growth in new home prices, but the figure slid 0.2 percent from a month ago, according to the NBS.

The 31 second-tier cities tracked by the NBS reported a decline of 0.2 percent month-on-month on average in new home prices in November, and a decrease of 1.2 percent from a year ago.

"The recent supportive policies are zeroing in on the complete real estate industrial chain, covering both the supply end and the demand end. Overall, housing price stabilization is expected to appear in the first half of next year," Li said.

The pre-owned home market saw a similar trend as 62 cities found their existing home prices fall month-on-month in November, and 64 cities recorded a slide in prices year-on-year, both of which remained unchanged from a month earlier.

On Wednesday, a document was jointly released by the Communist Party of China Central Committee and the State Council, mapping out an outline for boosting domestic consumption and fostering a stronger domestic market for the 2022-35 period.

Chen Wenjing, director of research with the China Index Academy, said the document has great significance for stabilizing the housing sector.

"The document was released amid insufficient market confidence in both supply and demand. It stressed the need to improve real estate market expectations, which is helpful to speed up market sentimental recovery," Chen said.

Li said he saw huge potential in the supply side reform of the real estate market.

"The document calls for matching market supply with demand, and a balanced supply and demand in the property market will be a stable and healthy development mode," Li said.