NEW YORK, Oct. 10 (Xinhua) -- Chinese consumers are becoming a driving force for the country's GDP growth again as normalcy is largely back and COVID-19 has been well controlled, said experts with multiple international research and advisory firms. 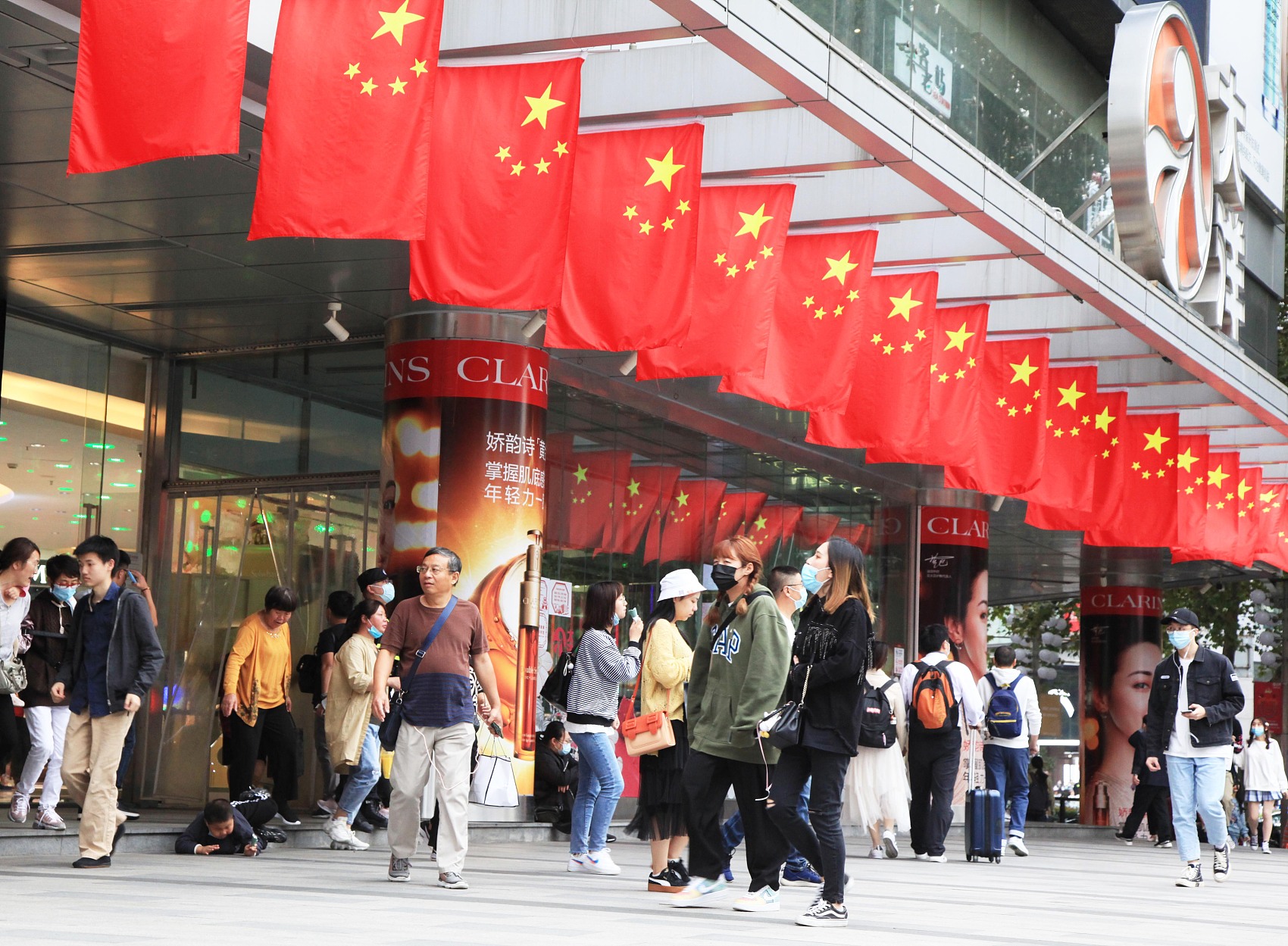 Consumption will become the main contributor of Chinese GDP growth in the fourth quarter of 2020, overtaking both manufacturing and investment, according to a note by UBS Global Wealth Management.

During the "Golden Week" holiday, retail and catering sales totaled 1.6 trillion yuan (about 239 billion U.S. dollars), up 5 percent year on year, and tourism generated 460 billion yuan of income across the country, according to UBS.

China's GDP is expected to expand 5.4 percent year on year in the third quarter, up from 3.2 percent in the second quarter, according to a recent research note by Bank of America Global Research.

Nominal retail sales could show a year-on-year growth of 1.6 percent in September, up from 0.5 percent in August, thanks to continuous recovery of catering demand and solid goods sales, according to Bank of America Global Research.

Chinese economic growth will be sustained by a robust service sector while overall economic momentum is expected to ease back, said a recent report by investment advisory firm MRB Partners.

The service sector is leading the rebound and export growth has been only modest in addition to restrained overall stimulus policies, said Mehran Nakhjavani, partner and strategist with MRB Partners.

The above-mentioned factors explain how above-trend overall growth coexist with a flat profile for imports in the last few months, according to Nakhjavani.