BUSINESS Experts see China's Q2 GDP rebound in sight, but it will be muted

Experts see China's Q2 GDP rebound in sight, but it will be muted 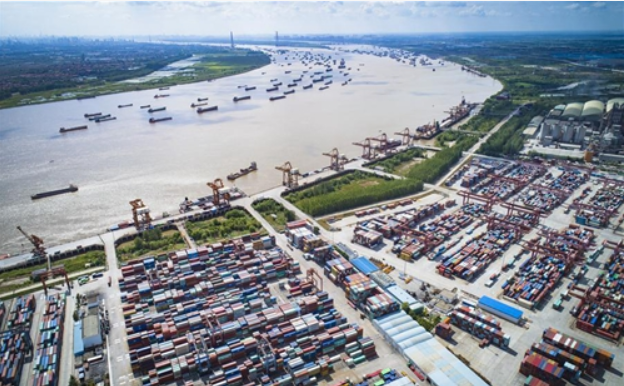 Chances are great that China's economy will begin to rebound in the second quarter if the novel coronavirus pneumonia can be contained before the end of March, Chinese economists and industry analysts told the Global Times.

However, they're cautious about the intensity of a rebound, saying that the recovery won't be an explosive one.

"If the virus' spread is under control by the end of the first quarter, signs of a rebound will be evident in the second quarter in both consumption and manufacturing," said Liu Xuezhi, an economist at the Bank of Communications.

The bank's macroeconomics research team has projected China's GDP growth to slow to 5.2-5.5 percent in the first quarter. According to Liu, the economy might rebound to a "relatively normal level" in the second quarter, somewhere nearing 6 percent growth.

Analysts from UBS Securities expect that China's overall economic activity would start to revive in the second quarter, after companies gradually resume production and transportation restrictions get lifted, according to a report the company sent to the Global Times.

By the end of Tuesday, newly confirmed cases of novel coronavirus pneumonia had dropped for eight days in a row in provinces excluding Central China's Hubei Province, the epicenter of the crisis.

WeChat research done by global data/consulting giant Kantar, which received 1,000 responses, showed that 82 percent of the respondents plan to resume dining in restaurants after the disease is gone, while 78 percent said they will resume travel and 77 percent will resume outdoor entertainment. This gives a clue that those sectors might rebound faster after the epidemic is gone.

Zhou Weihong, deputy general manager of China Spring Tour, said that she hoped that tourism can start to rebound in June, under the premise that the epidemic can be put under control in April.

"Some of our clients have inquired whether they can change the dates of their previously booked air tickets to July or August at the same price," she told the Global Times, predicting that tourism revenues during this year's National Day holidays should see a very strong surge.

However, experts doubt whether the upcoming economic rebound would be as strong as people expect.

"China's economy is facing downward pressure, making it unlikely that any economic rebound would evolve in an explosive way," Liu said.

Zhou doubted that the upcoming tourism rebound would be as intense as in the case of SARS in 2003. One reason is that the new coronavirus outbreak has hurt the domestic job market and is likely to hit consumption by the middle-class households.

"I think people will first worry about their jobs and incomes instead of focusing on travel," she said.

Zhou disclosed that many global air flight companies are looking to hike fares to make up for what they lose during the coronavirus period, and this will offset people's hankering for long-distance travel.