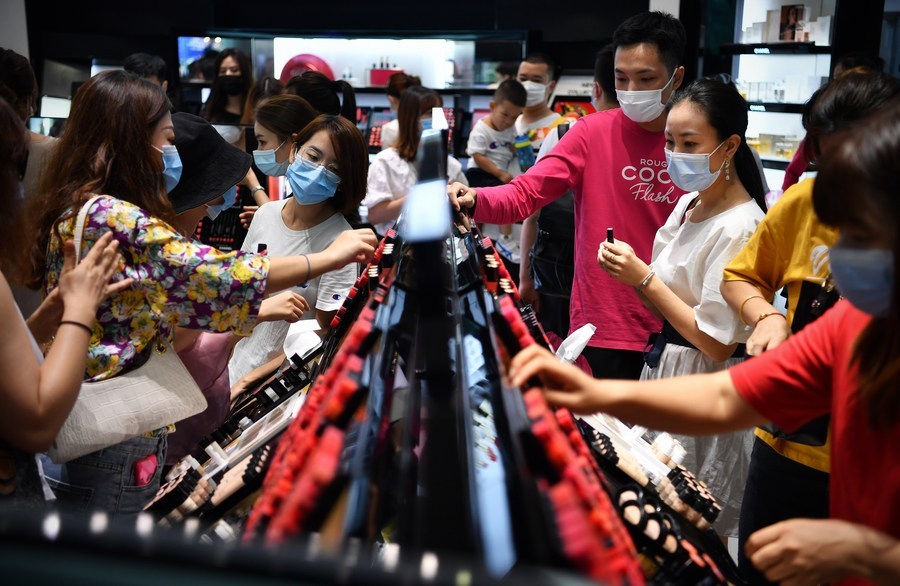 China is the global leader in terms of economic recovery from the coronavirus pandemic, and the nation's recuperation stands to benefit the rest of the world, according to industry insiders and analysts.

Andrea Pozzolini, CEO of Rhea Vendors Group, which manufactures customized vending machines in Europe, said the Chinese market is strategically important for the company, which has just taken part in the third China International Import Expo, or CIIE, in Shanghai, marking its debut at the event.

"We started to approach China a few years ago, and eventually decided to set up a direct presence in the country earlier this year. We are aware of the potential for the market, which is the fastest-growing in the world in terms of coffee consumption," Pozzolini said.

He added that the expo has become important for all exporters to China, particularly this year, as most such fairs worldwide have been canceled or postponed due to the pandemic.

"We are ready to use the unique opportunity of the CIIE to start transferring our experience to China, offering products and services with the highest level of customization and digital technology integration to respond to Chinese customers' habits and expectations," he said.

Raymond Wang, a partner at global consultancy Roland Berger, said China is leading the world in economic recovery, while many other countries and regions are experiencing a second wave of the virus.

"China's economic recovery can benefit the rest of the world and is necessary for the country's further development," he said.

In the first three quarters of this year, China's actual use of foreign capital rose by 2.5 percent year-on-year to $103.26 billion, according to the Statistical Bulletin of China's Foreign Direct Investment 2020, released by the Ministry of Commerce at the Shanghai expo.

Claudia Vernotti, director of ChinaEU, a business-led association based in Brussels, said China is a huge market and home to one of the world's largest consumer bases in nearly all economic sectors. As such, it is an attractive destination for any company looking to expand overseas.

"Against the backdrop of the COVID-19 pandemic, as one of the first countries to emerge from the crisis, and with possibly the strongest rebound next year, the stability of the Chinese market brings prospects and confidence to foreign companies to deepen their roots in the country," she said.

Vernotti added that it is crucial for all players to study China's economic development and technological innovation, as they have had a substantial impact globally.

Moreover, the extreme dynamism of the Chinese market, the country's improving business environment, and the introduction of a range of stimulus policies to promote domestic consumption are "set to unleash the potential of China as a market for the world", she said.

He Yun, an assistant professor at the School of Public Administration at Hunan University, said that after the pandemic emerged, there were thoughts in Europe that Chinese investment would flood into the continent to take advantage of cheap European assets. Instead, investment flowed east, with China's FDI rising as foreign investment elsewhere plummeted.

"Companies flocked to China in large numbers because the country was the first to control the pandemic and resume domestic circulation. As China's dual circulation economic development pattern continues to strengthen, there will be more opportunities for European businesses," He said.