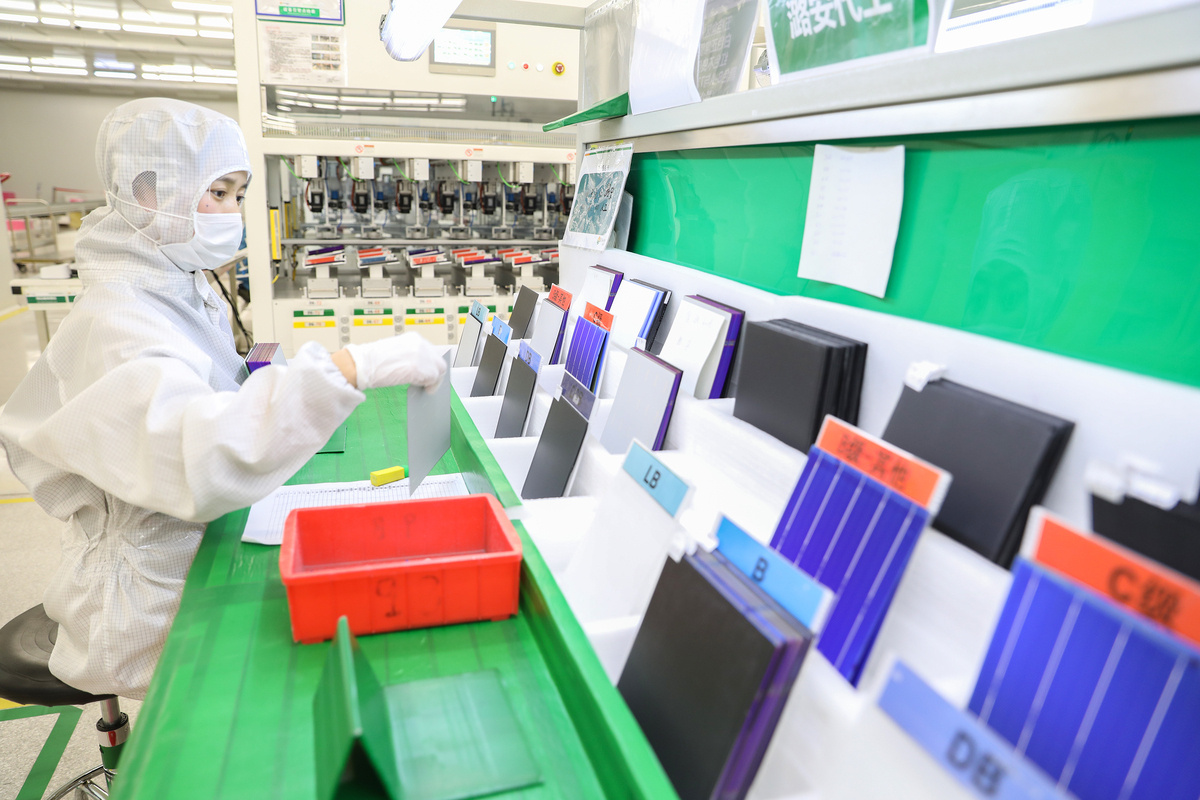 More supportive policies for photovoltaic companies are needed to reduce the impact of the COVID-19 epidemic on their businesses and ensure sustainable development of the fast-evolving industry, industry experts said.

Chint Group Chairman Nan Cunhui said he suggested an extension of government subsidies and tax cuts for photovoltaic companies. Chint is one of the country's largest solar power solution providers.

Nan said the novel coronavirus outbreak has caused a pause in operations for most photovoltaic power generation plants. Some firms may lose government subsidies if they cannot complete construction and get attached to the State grid by June.

Nan was referring to a regulation released by the National Energy Administration last year. Under the regulation, photovoltaic power generation projects that had applied for government subsidies in 2019 should complete construction and attach to the State grid before the expected completion time they submitted to the government.

For those who are delayed, their subsidies will be 0.01 yuan (0.14 cents) per kilowatt-hour less each season than those that were completed and attached to the State grid on time.

Those that did not finish construction or attach to the State grid in two seasons will no longer enjoy subsidies provided by the government.

In the case of photovoltaic power generation projects that applied for government subsidies by the end of 2019, finishing and attaching to the State grid by June 30 is their last chance to get those subsidies.

If photovoltaic companies lose government subsidies, about 6 gigawatts of projects would abandon construction. This would lead to a loss of investment valued at 24 billion yuan, estimates by Nan showed.

Nan suggested including the loan interest into the value-added tax input deduction range, reducing the VAT rate year-by-year or reducing the current three levels of tax payment of 13 percent, 9 percent, and 6 percent into two levels for photovoltaic companies in general.

Nan also recommended reducing or waiving taxes on property and land use for photovoltaic manufacturing companies.

The simplified VAT is a method rolled out by government to ease the tax burden for companies that pay high VAT because they cannot get VAT input receipts for some goods or materials in certain industries.

China has been launching supportive policies to reduce the tax burden for photovoltaic companies for years. In 2013, the government started a 50 percent VAT tax refund, which can be redeemed when photovoltaic power generation companies pay their taxes.

From 2018 to 2019, the VAT rate for photovoltaic power generation rate dropped from 17 percent to 13 percent.

Relieving the tax burden has played an important role in supporting photovoltaic businesses, especially in the early stages when the cost was much higher due to expensive equipment and a lack of technological innovation to raise efficiency, said Lin Boqiang, head of the China Institute for Studies in Energy Policy at Xiamen University.

Lin said tax cuts also help many photovoltaic businesses to survive when the European Union imposed anti-dumping and anti-subsidy measures for Chinese solar panels, wafers, and cells. This put restrictions on those firms' product sales in the EU from 2013 to 2018.

But companies should also step up efforts using innovating technologies to increase market competitiveness and reduce their reliance on supportive policies, Lin said.

The company has cooperated with the Jiangxi branch of ZTE Corp to adapt 5G and the internet of things technologies in production, logistics and storage.