BUSINESS Experts urge no tariff change on US lobsters

Experts urge no tariff change on US lobsters 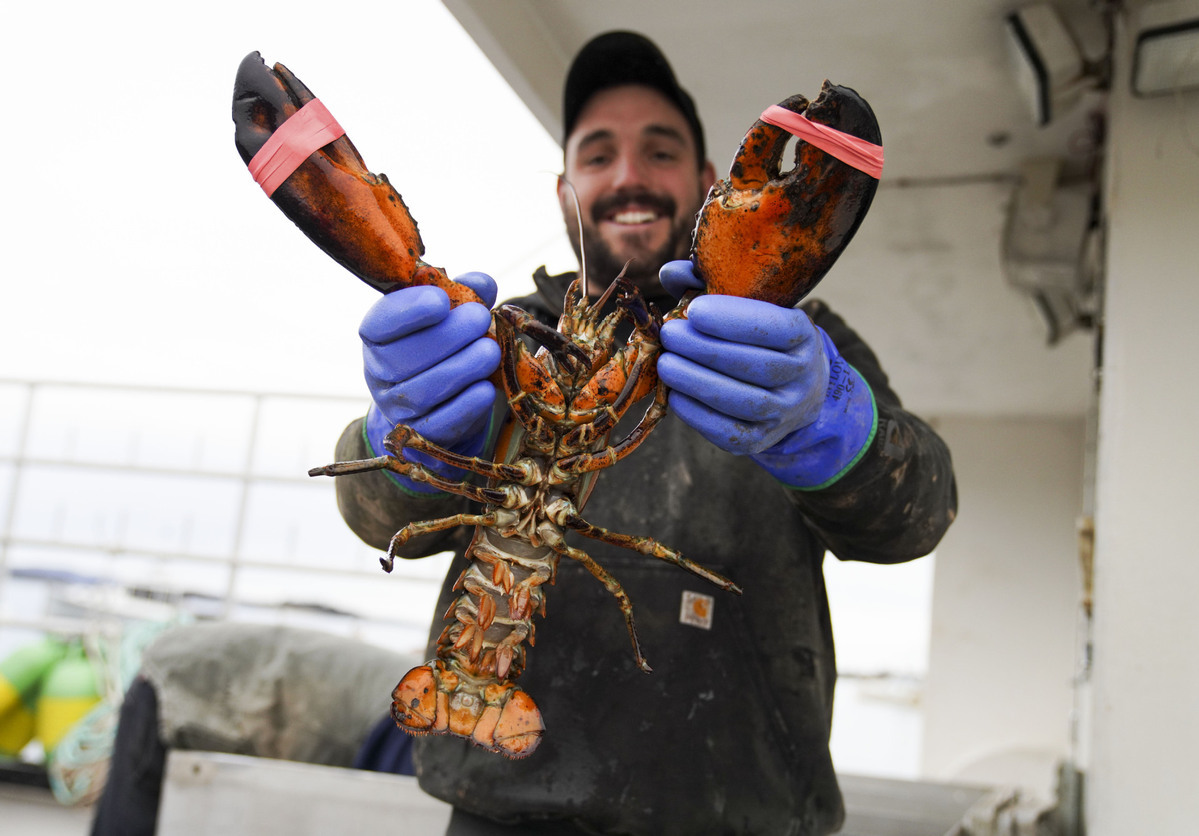 A fishermen shows a lobster he caught in Stonington, Maine, US on Feb 4, 2020. [Photo/Xinhua]

Despite China still having a big appetite for imported lobsters, it should not reduce its tariff on imported US lobsters and negotiations between the two countries should follow the rules of the World Trade Organization, experts said on Monday.

They commented after US President Donald Trump said on Friday that unless China reduces its tariffs on American lobsters, it would put additional duties on some Chinese products. US lobster exports to China have dropped as a result of high tariffs and the coronavirus pandemic.

"It's impossible for China to reexamine its tariff policies just because of a single idea put forward by the US," said Huo Jianguo, former president of the Chinese Academy of International Trade and Economic Cooperation.

"If the Office of the US Trade Representative announced more tariff exemption policies for China, China can issue new tariff exemptions for the US based on equality and mutual benefits, or both parties can start negotiations under appropriate conditions in the future," he said.

China imposed an additional 25 percent tariff in July 2018 on a number of imported US seafood items, including lobsters, in response to tariffs on Chinese goods imposed by the US as a result of trade tensions between the two countries.

China's tariff on live US lobsters is currently 32 percent. Chinese buyers can get the same variety of lobster from Canada, which has only a 7 percent tariff.

"Negotiations between the two countries are surely not a one-way street. If US lobster exporters would like to further expand their market share in China, business cooperation between the world's two largest economies should follow commercial principles," said Xue Rongjiu, deputy director of the Beijing-based China Society for WTO Studies.

"The US should let the market and companies' leaders make decisions. It is the government's job to establish platforms for US enterprises to enter or expand in foreign markets, instead of using excessive administrative power to reach its goals," he said.

Once a small export market of $4 million in 2010, the US state of Maine exported $132 million worth of crustaceans in 2017. China, a huge and growing consumer, accounted for a big part of that, according to the Maine International Trade Center.

Wang Zhuoqiong and Fan Feifei contributed to this story.