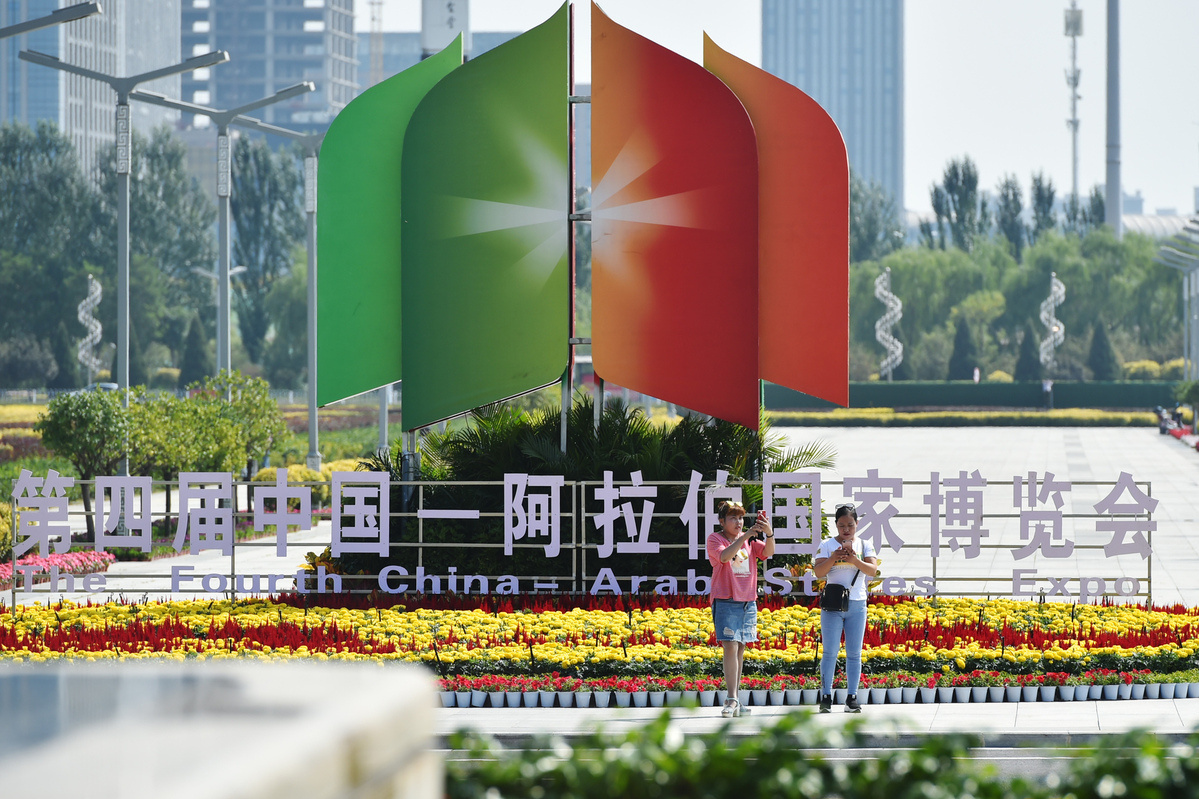 China will hold the fifth China-Arab States Expo in Yinchuan, the Ningxia Hui autonomous region, in August to further enrich the cooperation content of the Belt and Road Initiative, and assist the recovery and growth of the global economy, government officials said on Friday.

Apart from holding the BRI investment promotion forum and the modern agriculture cooperation conference and other meetings, the fifth edition of the expo to be held from Aug 19 to Aug 22, will have six themed exhibition areas, including digital economy, clean energy, cross-border e-commerce and international commodities, said Lai Jiao, vice-chairman of the people's government of the Ningxia Hui autonomous region.

To mitigate the impact caused by the COVID-19 pandemic, the expo will be hosted in both offline and online channels.

As a next step, the official said China will establish a working group with Arab countries. Based on daily contact mechanism at the working level, the team will be able to effectively resolve issues in daily trade and investment activities, as well as provide convenient services for businesses from both sides.

Thanks to their complementary trade structure, China has become the largest trading partner of Arab countries, and they are China's largest crude oil suppliers in overseas markets, data from the Ministry of Commerce showed.

Bilateral trade value amounted to $239.8 billion last year, while China's exports to Arab countries grew by 2.2 percent on a yearly basis to $123.1 billion. In the meantime, electromechanical and high-tech products accounted for 67.4 percent of China's shipment to these partners.

In addition to strengthening anti-epidemic cooperation, including procurement of medical supplies, and investment cooperation in healthcare-related fields, China will deepen production capacity cooperation with Arab states to help speed up industrial transformation, said Qian, adding it is vital for both sides to promote trade and investment facilitation.

"China and Arab countries need to jointly safeguard free trade and the multilateral trading system, and oppose unilateralism and trade protectionism," he said.

Chen Jianan, vice-chairman of Beijing-based China Council for the Promotion of International Trade, the expo's co-organizer, said to date there are more than 30 countries, including the United Arab Emirates, Lebanon, Saudi Arabia, Jordan, Sudan, Bahrain, Iraq and other Arab League countries expressing their willingness to participate in the expo in August.

China's direct investment in Arab countries amounted to $20.1 billion by 2020, while the latter's investments in the country amounted to $3.8 billion. The two-way investment covers many fields such as oil and gas, construction, manufacturing, logistics and power, according to the Ministry of Commerce.

A number of major investment projects such as the China-Egypt TEDA Suez Economic and Trade Cooperation Zone, and the second-phase container terminal of Khalifa Port in the UAE have become landmark projects to promote the transformation and upgrade of China-Arab economic and trade cooperation in the new era, the ministry said.

Thanks to closer ties between China and the UAE, China Railway Eighteenth Bureau Group Co Ltd, or CR18BG, a subsidiary of State-owned China Railway Construction Corp Ltd, is expected to complete construction of Rotana Hotels and Resorts, a landmark hotel project in Dubai, the UAE, in September 2023.

Gao Jinping, general manager of CR18BG's Dubai branch, said local policies are fairly favorable to the Chinese business contractors. A growing number of Chinese companies, from both private and public sectors, have entered the UAE market in recent years.

He said the company will deploy more resources in key markets such as Saudi Arabia, the UAE and Qatar in coming years as the companies there have already built a large number of projects, including bridges, tunnels, buildings, roads, residential buildings, office complexes and other commercial buildings.