Exports to China benefit nearly all US states, industries: USCBC 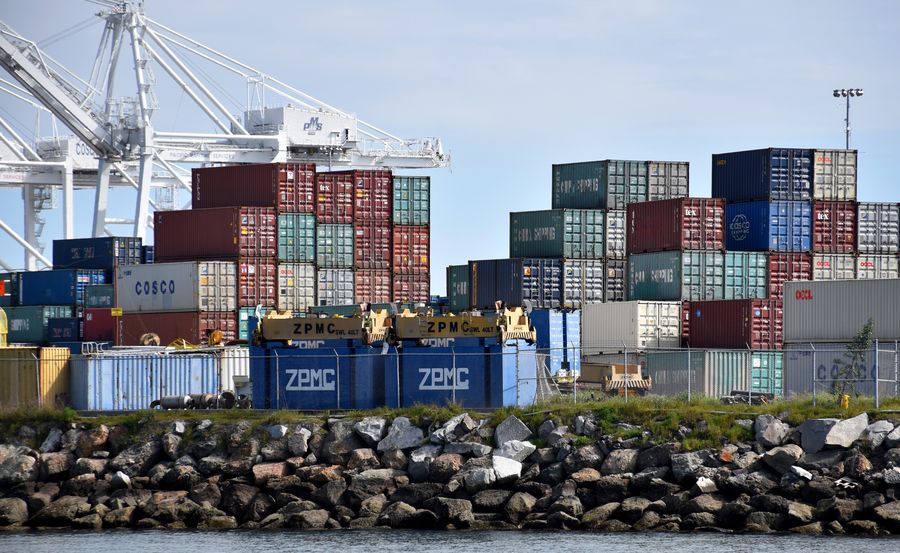 SHANGHAI, May 25 (Xinhua) -- The United States' exports to China have benefited nearly all U.S. states and industries, the U.S.-China Business Council (USCBC) said Tuesday during a conference held in Shanghai.

Data released by the council showed that U.S. exports to China grew by about 18 percent year-on-year to over 123 billion U.S. dollars in 2020, while its exports to the rest of the world fell by 15 percent during the same period.

China became the United States's third largest market for exports of goods during the period. China was also among the top five goods destinations for 45 U.S. states, with 35 states seeing growth in exports to China and nine gaining more than 1 billion U.S. dollars in the growth of export value, said the council.

Among them, Texas showed the largest export value to China, totaling 16.9 billion U.S. dollars, while Louisiana achieved the largest growth, up nearly 120 percent year on year.

A diverse range of industries has also reported a gratifying increase. In 2020, the major drivers of growth included oilseeds and grains, semiconductors and their components, as well as oil and gas, with export volumes totaling 17.2 billion, 12 billion and 9.2 billion U.S. dollars, respectively.

Such statistics reflect the fact that, despite the COVID-19 pandemic, the two countries are still economically interdependent, with economic and trade exchanges remaining the cornerstone for the Sino-U.S. relationship, the USCBC representative said.

So far, American enterprises continue to show upbeat expectations regarding the Chinese market. About 1,600 American companies set up operations in China last year.

Since the two nations started trading relations, over 70,000 American enterprises have invested in China or operated a business there, with a total annual sales volume exceeding 700 billion U.S. dollars. About 83 percent of them regarded China as their most important market or among the top five, said the USCBC.

China has remained a hotspot for foreign investment amid the pandemic, with the total foreign direct investment into the country's financial hub, Shanghai, rising 20.3 percent to about 7.77 billion U.S. dollars in the first four months of 2021.