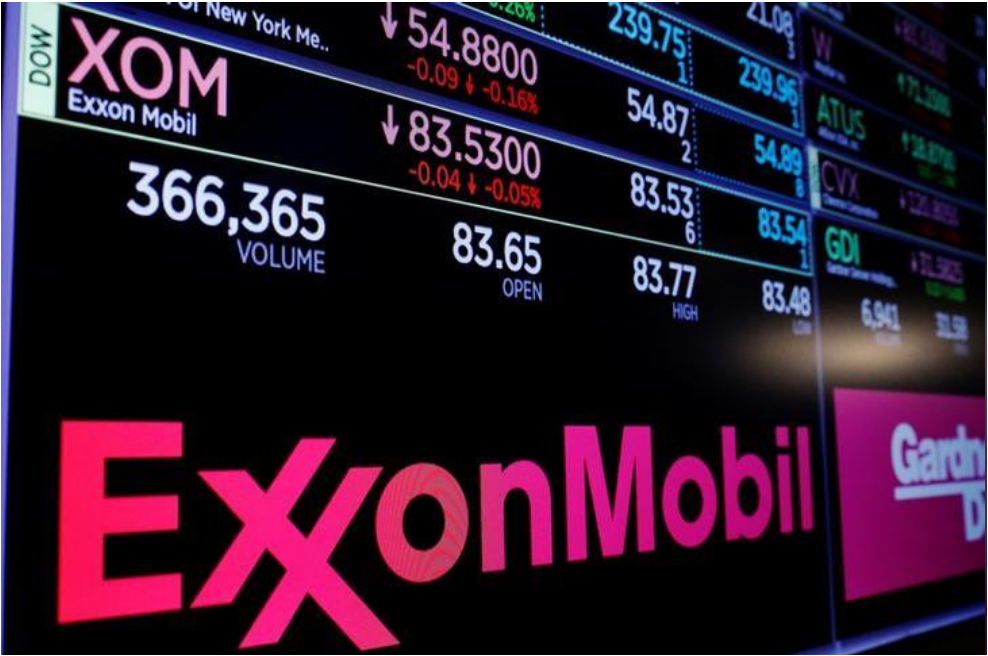 A logo of Exxon Mobil is displayed on a monitor above the floor of the New York Stock Exchange shortly after the opening bell in New York, US, December 5, 2017. (Photo: Reuters)

Exxon Mobil Corp shareholders rejected a proposal on Wednesday that would have split the roles of chairman and chief executive, securing CEO Darren Woods’s role as he looks to improve results at the world’s largest publicly traded oil producer.

Woods, who became chairman and CEO in January 2017, has struggled to recover from failed bets taken by his predecessor Rex Tillerson, the former US secretary of state, that resulted in billions of dollars in write-downs and a stock price that has lagged peers.

Exxon under Woods has moved aggressively to launch major expansion programs to find and produce new reserves of oil and natural gas, as well as expand the company’s refining and chemical footprint.

Woods in March told Wall Street investors that the expansions should help double Exxon’s earnings by 2025 to about $31 billion.

Still, Exxon’s first-quarter earnings fell short of expectations as weakness in its chemical and refining operations offset a boost from higher crude prices.

By voting to keep the roles combined, shareholders effectively gave support to Woods to lead the board and employees as they jointly try to meet those goals.

“No one in our industry can match our opportunity set today,” Woods told fellow shareholders at the company’s annual meeting in Dallas.

Shares of Exxon rose 3.4 percent to $81.13 on Wednesday after an analyst upgraded the company’s stock, saying its low valuation relative to peers presented a buying opportunity.

Woods vowed that he would continue to work to address climate change, especially through biofuels research.

But outside the Dallas meeting, about 30 people gathered to protest what they said was Exxon’s lack of accountability for its impact on global climate change.

There were no climate-related proposals for Exxon’s shareholders to consider at this year’s meeting after one was approved last year requiring an annual carbon report. Protesters on Wednesday said they were biding their time this year.

“There’s not a lot of optimism they’ll (Exxon executives) will make good on it, but if they don’t, we’ll be back next year with an even stronger shareholder proposal,” said Molly Rooke, a former Exxon employee who now volunteers with the environmental group 350.org.

Rooke’s fellow protesters held a bevy of signs outside the meeting emblazoned with such slogans as “Exxon Mobil, Climate Criminal” and “Arrest Exxon.”

Shareholders also rejected a proposal that would have forced Exxon to provide greater disclosure on its lobbying expenditures and change its bylaws to how special meetings are called.

Shareholders approved a full slate of 10 nominees to the company’s board of directors.