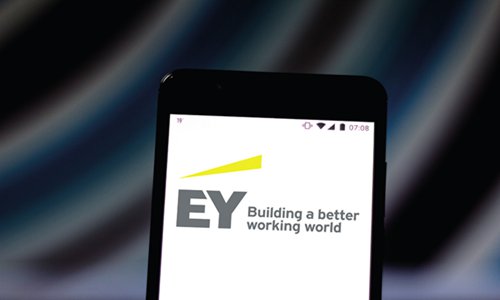 If the Big Four accounting firms cannot clarify their stance on China's territory and sovereignty to be both externally and internally correct, their businesses in the Chinese market cannot be sustained, analysts told the Global Times.

In the internal system of Ernst & Young (EY), one of the Big Four accounting firms, Hong Kong, Macao and Taiwan are listed as "countries" independent of China in the geography search, according to several screenshots that an employee of EY's Hong Kong branch sent to the Global Times over the weekend.

Such listings have caused mounting dissatisfaction among its employees in Hong Kong who respect the Basic Law of the Hong Kong Special Administrative Region (HKSAR) and firmly support the "one country, two systems" principle, the source said, speaking anonymously.

EY said in a note sent to the Global Times on Sunday that it has clearly revised its categorization method in the area of "country/region" for related lists in terms of its internal system.

"EY firmly stands for the principle of 'one country, two systems' and the Basic Law," it said.

The Global Times found that on EY's official website, Hong Kong is referred as HKSAR and the SAR, along with the island of Taiwan and Macao SAR, is listed under the Greater China category.

The EY staff also urged the company, as one of the Big Four accounting firms whose business focus is in the Chinese mainland, to take measures to penalize its anti-government employees and secessionists.

If the company retains its secessionist stance toward the internal staff and does not correct its mistake after a deep understanding, its business in China will not be sustainable, according to Dong.

"Respecting a nation's sovereignty is the basic knowledge that a global company should have," Dong added.

As some international companies often purchase IT kit packages for listing countries and regions directly from developers, the wrong listing could be a result of mistakes made by the original developer, a staff member of a Hong Kong financial institution, who spoke on condition of anonymity, told the Global Times on Sunday.

"But EY's IT system manager and the company's internal management teams should have a monitoring mechanism to take care of such issues. They must realize that respecting China's territorial sovereignty is its Chinese clients' bottom line," the staff member said.

He said he also suspected the accounting firm did it intentionally.

Although EY has established an office in Hong Kong, its main business is in the Chinese mainland, the employee said, indicating that EY could face strong criticism and pay a hefty price in China for such an incorrect listing. "EY should correct such listings immediately."

The Global Times also found that on the websites of PricewaterhouseCoopers (PwC) and KPMG that China is separated when choosing an office site.

China, Hong Kong, Macao and Taiwan are four parallel items when clicking "choose a territory" as shown on the website of PwC.

A PR representative told the Global Times on Sunday that "territory is different from country."

PwC was the first one to come out and clarify the protest situation in Hong Kong, claiming that it is not supporting the riots in the SAR. The statement was issued in early August after some Chinese people said the company's previous statement was a fence-sitting approach in dealing with the Hong Kong protests.

For KPMG, Taiwan does not fall under China although Hong Kong and Macau do. The company did not reply to a Global Times email inquiry as of press time.