"We've never sold anyone's data," Zuckerberg said in response to British lawmaker Damian Collins, chairman of a British parliament committee tasked with probing disinformation and fake news, who released a trove of emails between Facebook and other tech companies on how user data could be accessed through Facebook system. 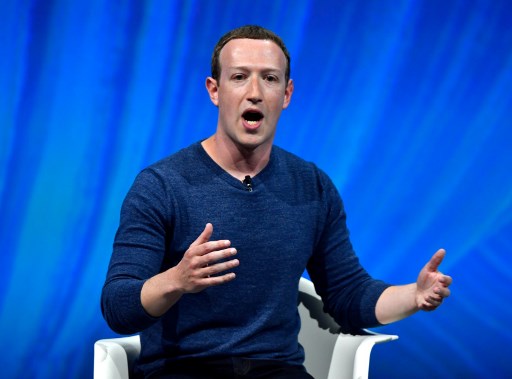 About 250 pages of the emails, with some marked "highly confidential," suggest how Facebook executives including Zuckerberg made decisions about deals surrounding data access, including "whitelisting" some companies such as Netflix and Airbnb for using the private information of Facebook users.

"It is not clear that there was any user consent for this, nor how Facebook decided which companies should be whitelisted or not," Collins wrote in a note.

"We need a more public debate about the rights of social media users and the smaller businesses who are required to work with the tech giants. I hope that our committee investigation can stand up for them," he tweeted.

In response, Facebook said in a statement that "the documents were selectively leaked to publish some, but not all, of the internal discussions at Facebook at the time of our platform changes."

"Unfortunately, select quotes from these documents have been released to suggest things that are false," said the world's leading social media network.

Zuckerberg said Facebook shut down some "abusive apps" in 2014-2015 because some developers built shady apps that abused people's data.

"In 2014, to prevent abusive apps, we announced that we were changing the entire platform to dramatically limit the data apps could access," he said.

It's important that "the coverage of what we do -- including the explanation of these internal documents -- doesn't misrepresent our actions or motives," he explained.

Facebook has been under a lot of scrutiny since it was involved in a scandal in March this year, when Cambridge Analytica, a British political consultancy firm, was accused of illegally accessing the data of more than 87 million Facebook users without their consent.