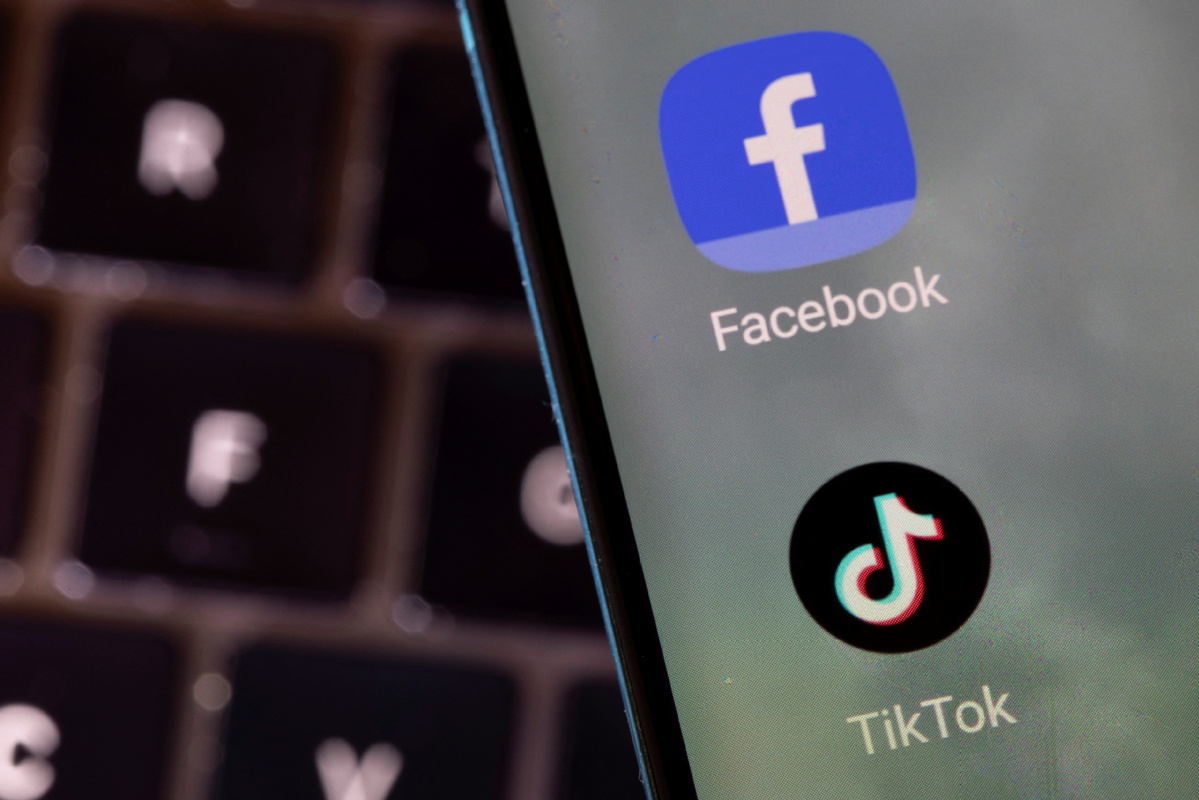 Facebook and TikTok apps are seen on a smartphone in this illustration taken Feb 27, 2022. [Photo/Agencies]

Facebook's parent company Meta hired a big Republican consulting firm to "orchestrate a nationwide campaign" seeking to turn people against its rival TikTok, which is owned by the Chinese company ByteDance, The Washington Post reported on Wednesday.

The Washington Post obtained internal emails from Targeted Victory that outlined a campaign to undermine TikTok. The firm used a mix of "genuine concerns and unfounded anxieties" about TikTok in order to try to turn public and political sentiment against it.

The campaign includes placing opinion articles and letters to the editor in major regional news outlets, promoting dubious stories about alleged TikTok trends that actually originated on Facebook, and pushing to draw political reporters and local politicians into helping take down its biggest competitor, said the newspaper.

Employees with Targeted Victory worked to undermine TikTok by portraying the fast-growing app "as a danger to American children and society", according to internal emails shared with The Washington Post.

Targeted Victory needs to "get the message out that while Meta is the current punching bag, TikTok is the real threat especially as a foreign owned app that is #1 in sharing data that young teens are using", a director for the firm wrote in a February email, The Washington Post reported.

Meta confirmed that it has hired Targeted Victory.

"We believe all platforms, including TikTok, should face a level of scrutiny consistent with their growing success," spokesman Andy Stone said in a statement.

"It is public knowledge we have worked with Meta for several years and we are proud of the work we have done," he said in a statement.

TikTok said in an emailed statement that: "We are deeply concerned that the stoking of local media reports on alleged trends that have not been found on the platform could cause real world harm."

In 2018, it hired the public relations firm Definers to do opposition research on the company's critics, including billionaire philanthropist George Soros. The company's longtime head of communications, Elliot Schrage, took the blame for approving the hiring of Definers and similar firms and left Facebook.