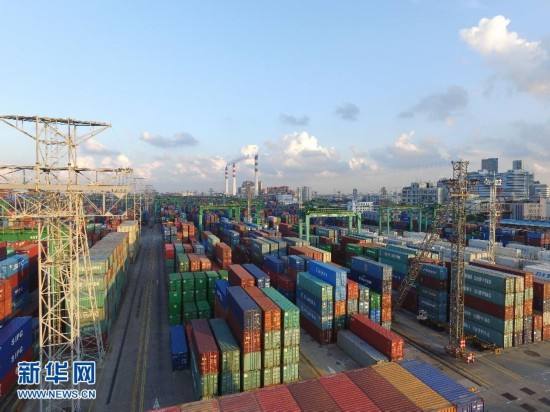 BEIJING, May 24 -- China rolled out plans Thursday to deepen the reforms of the pilot free trade zones in Tianjin Municipality, Guangdong and Fujian provinces in its latest efforts to promote reform and opening-up.

The country started to pilot free trade zone in 2013 in the financial hub Shanghai as a means to test new ways of foreign investment management, trade facilitation, and transformation of government functions to better integrate the economy with international practices.

Based on the experiences of the Shanghai FTZ, China in 2015 expanded the pilot FTZ practice to three other coastal provincial-level regions: Tianjin, Guangdong and Fujian.

The pilot FTZ practice was then expanded to another seven provincial-level regions including some inland areas, with Liaoning, Zhejiang, Henan, Hubei, Chongqing, Sichuan, and Shaanxi FTZs approved in 2017.

In April, China announced plans to support the country's southernmost province Hainan to be developed into a FTZ, and then gradually become a free trade port.

Pilot FTZs have become pioneers in promoting the country's reform and opening-up. They are best known for the practice of a negative list which outlines economic areas restricted for foreign investment. It means all sectors are open to foreign investors unless being listed on the negative list.

The pilot FTZs play major roles in pushing the country's high-quality growth as many of their practices have been replicated to the rest of China.

The State Council announced Wednesday that 30 practices now applied in the first 11 FTZs will be adopted by local governments and specific areas.

The practices include expanding the transport area of international ships, offering online registration for general taxpayers, facilitating inspection and quarantine for empty cargo containers shipped by sea, and sharing of enterprise information.

Up to 153 practices piloted in the FTZs have so far been replicated to other regions or sectors.