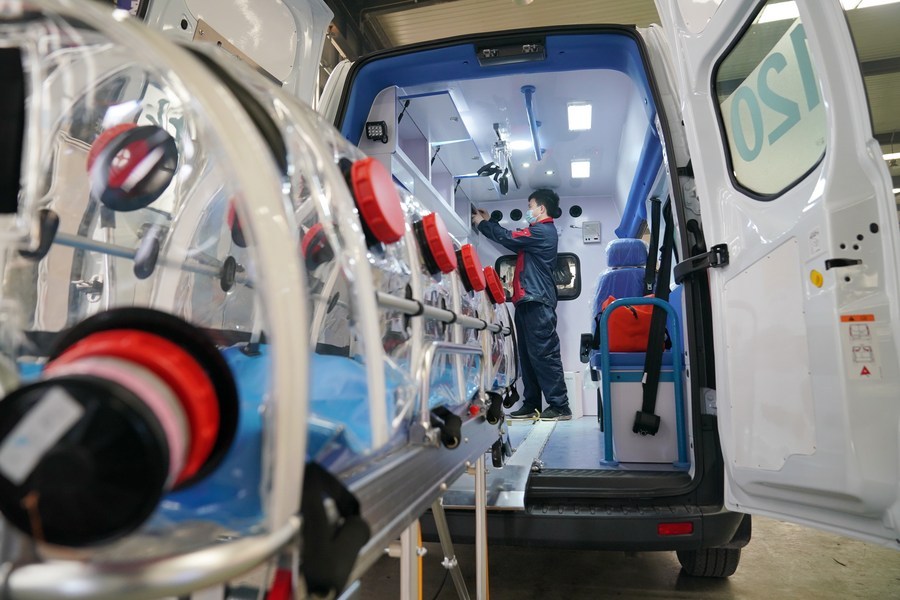 PPI up by 6.8% as domestic industrial production improves steadily in China

The producer price index, a gauge of industrial profitability, rose by 6.8 percent on a yearly basis in April, compared with a 4.4 percent increase in March, the National Bureau of Statistics said. The consumer price index rose by a modest 0.9 percent last month.

The stable recovery of domestic industrial production and soaring prices of some global commodities led to a rise in industrial product prices. With pork production picking up in the country, prices fell by 11 percent in April vis-a-vis March, further reducing the overall food prices by 2.4 percent, the NBS said.

The growth in core CPI, which excludes food and energy prices, rose 0.7 percent in April on a yearly basis.

Nonfood prices rose due to the higher offtake of tourism-related products during the holiday period in April, said NBS Senior Statistician Dong Lijuan. More people took trips as the COVID-19 epidemic was brought under effective control in the country, Dong said.

The producer price index, which measures the cost of goods at the factory gate, rose largely due to the rising commodity prices, said Dong.

Wen Bin, chief analyst of China Minsheng Bank, said the PPI expansion in April exceeded expectations even though the market was aware of a visible price rise in production. Such price surges are largely due to a number of factors, including the low-base effect of last year, higher global commodity prices and rising international transportation costs.

"The rapid growth in commodity prices pushed up the PPI, but the impact on the CPI was to a large extent offset by the weakening food prices, particularly pork prices," said Matt Simpson, a senior analyst from Gain Capital.

"We expect the CPI to continue rising, but it will stay below 3 percent for the rest of the year," he said.

In another development, the People's Bank of China noted in its first quarter monetary policy report on Tuesday evening that the country's price level now remains stable overall and does not have the base for long-term inflation or deflation. Regional resurgence of the COVID-19 situation in the first quarter did affect services and consumption recovery and brought down CPI growth, yet the index will run within a proper range in the months to come, it said.

Meanwhile, with steady demand recovery at home and commodity price rising globally, the country's PPI is trending upwards for the time being. Yet the index is likely to be stablized with low-base factor gradually tapering off and supply picking up towards the year-end.