A decision by the US Treasury Department to label China as a currency manipulator without merit could lead to further escalation in the trade war between the world's two largest economies and rattle global markets, a Chinese analyst said on Tuesday. 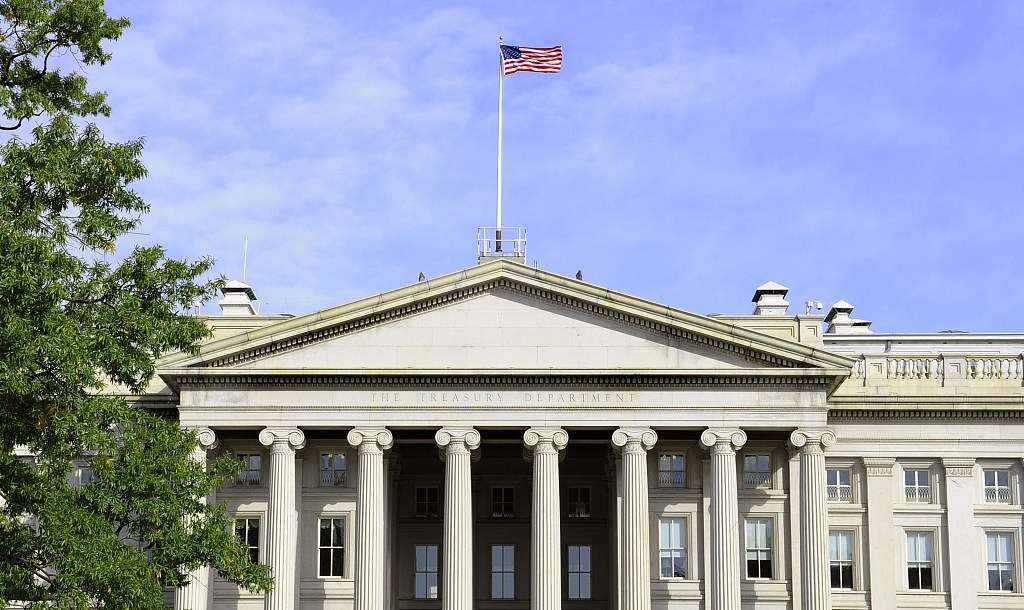 File photo shows the building of the US Treasury Department. (Photo: VCG)

The US Treasury Department is poised to release a semiannual report on foreign exchange rate practices later this week, which could list China as a currency manipulator - a favorite charge against China of some US officials, including President Donald Trump, despite the lack of concrete evidence required by its own standards.

Liu Xuezhi, a senior analyst at the Bank of Communications Financial Research Center, said that if the US names China a currency manipulator, it would add fire to the ongoing trade war and put pressure on the global economy and financial markets, including those in the US.

"Such a decision would no doubt increase the pressure on global economic growth and rattle markets around the world," Liu told the Global Times, adding that the move could backfire.

"Naming China as a currency manipulator against its own established criteria actually shows that it is the US that is trying to interfere in the market."

To name a trading partner as a currency manipulator, there are three criteria: a minimum $20 billion trade surplus with the US, a current account surplus that exceeds 3 percent of the country's GDP and "persistent one-sided intervention" in the foreign exchange market, according to Bloomberg News.

China has only met one of the criteria, which is a record $225.8 billion trade surplus with the US in the first nine months of the year, the period covered by the semiannual currency report.

China did not meet the other two criteria. In the first half of 2018, China reported a current account deficit of $28.3 billion - the first since 1998, according to the State Administration of Foreign Exchange. Although the yuan has weakened overall against the US dollar in past few months, the exchange rate fluctuates in both directions and Chinese officials have repeatedly denied they had intervened at all.

"China will continue to let the market play a decisive role in the formation of the yuan exchange rate. We will not engage in competitive devaluation, and will not use the exchange rate as a tool to deal with trade friction," Yi Gang, governor of the People's Bank of China, said in a statement to the IMF on Friday. He added that the yuan is "stable at an adaptive equilibrium level."

Despite failing to meet all the criteria, China could still be named as a currency manipulator if top officials, including US Treasury Secretary Steven Mnuchin and Trump, choose to do so.

"This has become a politically charged decision in the US. They just want to find more justification to take more action against China because the weakened yuan has provided some relief from the pressure of US tariffs on Chinese goods," Liu said.

Although naming China a currency manipulator in itself does not call for any specific action, it could serve as a justification for the US to take punitive action against China, Liu noted.