BUSINESS Fashion firms dither over instant shopping on the catwalk

Fashion firms dither over instant shopping on the catwalk

Fashion labels may be falling over themselves to court young, smartphone-wielding shoppers, but there’s one millennial-inspired trend that is only catching on slowly: catwalk shows where clothes are available to buy instantly rather than months later. 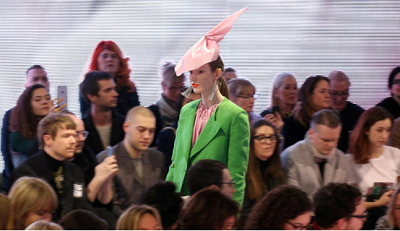 The timing of product drops is becoming an experimental battlefield for luxury goods companies juggling a constant demand for novelty and the lengthy manufacturing cycles needed to make sumptuous fabrics or hand-stitched handbags.

Britain’s Mulberry is the latest label to usher in a “see now, buy now” model - cutting out the usual six-month delay in delivering a runway collection to stores - two years after Burberry embraced the idea and set rivals abuzz.

Yet it is still far from becoming an industry standard even as brands take other steps to modernize, with more frequent collections rather than just two a year, and questions linger over its benefits.

At Mulberry, known for its leather handbags made in southwest England, the strategy should boost sales of full price goods, extending the time they are in store before seasonal clearance periods, said Chief Executive Thierry Andretta.

Its linen suits unveiled during London Fashion Week last Friday are already on sale, while most brands still present spring and summer looks in September and deliver them around March.

“We make luxury that is relevant for a younger generation,” Andretta said in an interview in the weeks before the show.

“As soon as they’ve found something online they want to buy it immediately. If it’s not there, in the majority of the cases ... they will not wait for months.”

But some early adopters of ‘see now, buy now’, such as U.S.-based designer Tom Ford, found it backfired.

Ford dropped his one-season dalliance with the concept in 2017, and was quoted in industry media saying that his label lost out on a month of selling while clothes sat in storage before the runway presentation.

“There are people who have been tempted by this model and have turned back on it,” said Eve Corrigan, whose Paris-based business Malhia Kent makes fabrics for Chanel, LVMH’s Louis Vuitton and other labels. 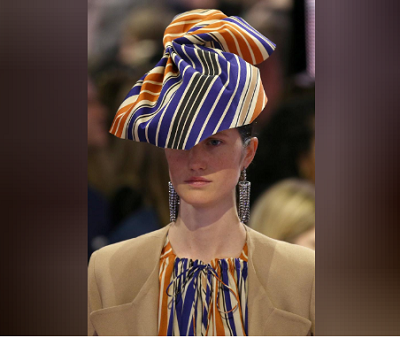 One challenge is to keep up the pace of sales after an initial rush when an “instant” collection goes live.

Burberry tweaked the format at its latest show, offering some items such as 350-pound ($490) sneakers in rainbow-colored check for sale immediately, with others to land in the coming months.

It will unveil designs under the new strategy later on Tuesday ahead of Milan Fashion Week, and aims to start selling the first ones in June.

Much depends on brands’ aspirations and business set-up, including whether, like Mulberry, they own the majority of their own shops, meaning they are less reliant on the needs and orders of intermediaries like department stores.

To make the instant shopping format work, fashion houses would have to order textiles well in advance of shows, and get early feedback from commercial buyers so they can avoid the risk of unsold stocks piling up.

But many argue designers need to be free to make last-minute changes before a show and run with their emotions.

“Our clients would be tempted to make more low-key clothing to ensure it will be sold, which would be detrimental to their creativity,” Corrigan said.

Top couture houses from France’s Christian Dior, part of LVMH, to Italy’s Gucci, owned by Kering, have so far resisted the instant runway-to-shop model. “The fact we question the way of working is intelligent,” said Laurent Garigue, a London-based luxury textile producer.

“(But) we have to make sure fashion doesn’t become less beautiful by organizing it in a way that makes it easier - it’s about blood, sweat and tears.”