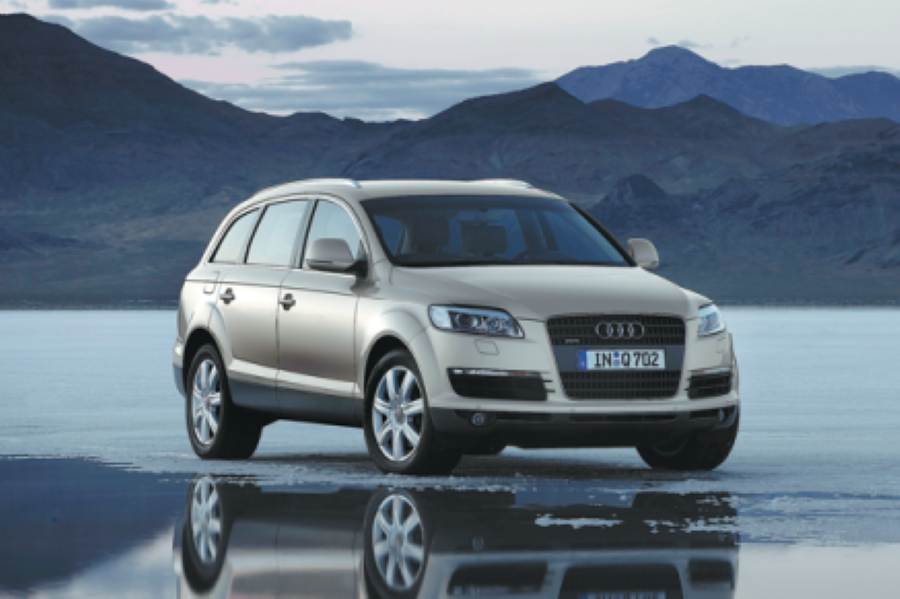 FAW-Volkswagen launched the new Audi Q7 in China last week as part of its effort to consolidate its position in the large-sized premium SUV segment.

Marco Schubert, president of the joint venture's Audi sales division, said Audi has kept the spirit of exploring the unknown and is committed to creating a bright future of individual mobility.

The Q7 features Audi's family design language. The redesigned octagon inlet grille appears more prominent, and conveys a greater sense of "wildness" together with the readopted vertical frame, according to the company.

The daytime running lights appear as a part of the newly-designed headlights, which is another feature of the design language, pushing the lighting technology to a new level.

The 3.0-liter six-cylinder turbocharged engine, with a power output up to 250kW, is able to accelerate the car from zero to 100 kilometers per hour in 5.9 seconds.

With the integrated 8-speed transmission, every touch on the pedal will trigger rapid feedback.

The model is also equipped with a 2.0-liter four-cylinder turbocharged engine, which helps further reduce fuel consumption, allowing the car to sprint from zero to 100 km/h in 7.1 seconds. The quattro all-wheel drive system is standard on the new Audi Q7. A 48-volt mild hybrid system comes as standard in variants sporting a 3.0-liter engine.

The large luxury SUV measures more than 5 meters in length. It has 20-inch and 21-inch ultra-large wheel rims as standard in two variants, with 22-inch rims optional.

Paired with a vertically adjustable air suspension, the ride is comfortable whether along forest paths or on a highway, Audi said.

The interior is another example of the Q7's complete renovation. Like the flagship A8 and Q8 models, it is generally inspired by the family design language.

But unlike the A8, the Q7's interior conveys a sense of layers and "wildness". The run-through air conditioner outlet serves the function of temperature control in whatever road conditions.

The leather-clad top of the central console leads to both excellent visual effect and enjoyable touch feeling.

For the section under the black glass panel of the console, a rich diversity of options are available.

The new Q7 is equipped with the latest generation of Audi's MMI system. The double LCD screens, 10.1-inch and 8.6-inch respectively, blend in with the bright black central console panel.

The model also features the latest generation of the Audi virtual cockpit system. The upgraded processor and the 12.3-inch LCD make the car easier and more maneuverable.

The safety system monitors surroundings with multi-target radars and short-wave radars distributed across the vehicle.

It is further supplemented by adaptive cruising and lane maintenance systems working on the full spectrum of driving speed.

Audi is one of the best-selling premium auto brands in China. FAW-Volkswagen sold 55,888 Audi vehicles in April, up 38 percent from March.