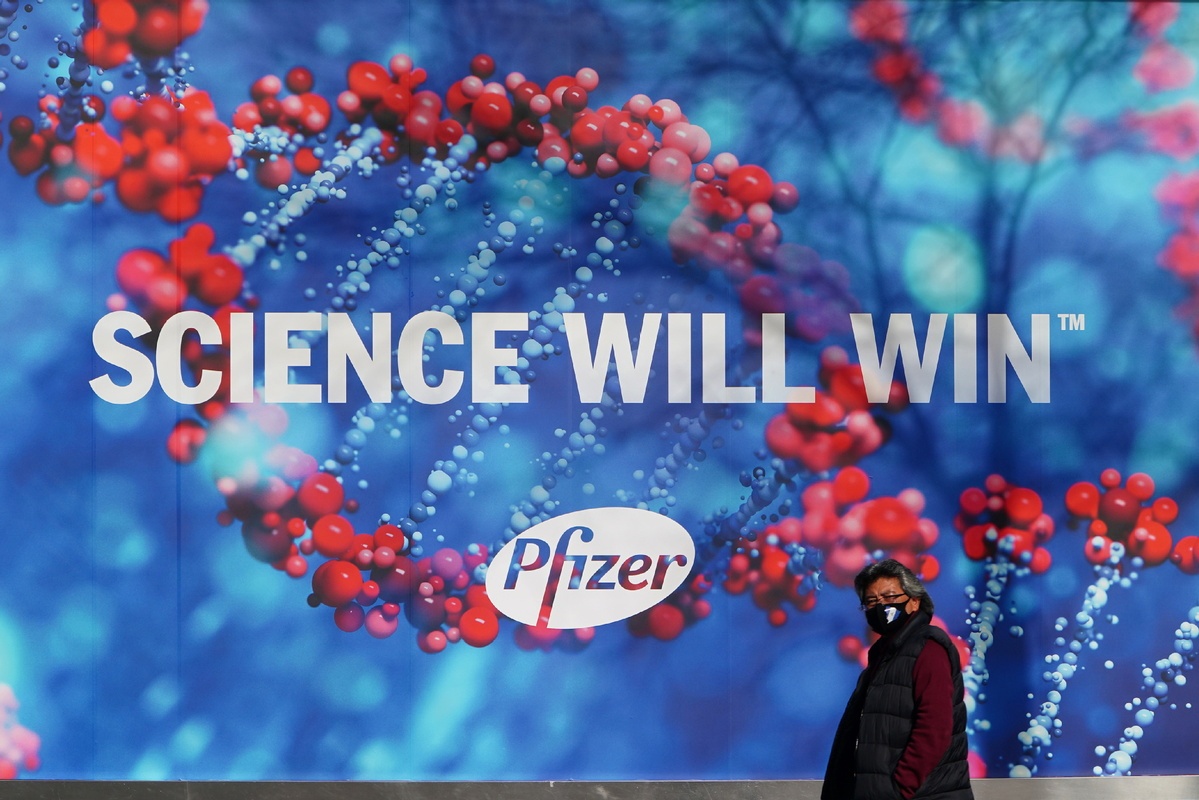 As the United States reported that the number of coronavirus patients in intensive care rose above 20,000 for the first time, there is hope that the Food and Drug Administration (FDA) will give emergency authorization to the Pfizer vaccine on Thursday, clearing the way for its almost-immediate distribution to all 50 states.

On Tuesday, the FDA will release its evaluation of the safety and effectiveness data for the Pfizer-BioNTech vaccine. Then on Thursday the agency's vaccine advisory committee of independent experts will meet. They will debate that data and whether the FDA should clear the vaccine. That will be an open meeting, which includes time for the general public to speak, as part of the FDA's effort to be transparent and convince people to take the vaccine.

If the advisory committee votes yes, the FDA is expected to authorize the vaccine within days. Operation Warp Speed, the White House-led initiative to develop and distribute vaccines, has said it plans to begin shipping the vaccine within 24 hours of FDA approval.

On Dec 15, the FDA will post its view of Moderna's vaccine, in preparation for an advisory committee two days later.

The Washington Post reported Monday that Pfizer has told the Trump administration it can't provide substantial additional doses of its vaccine until late June or July because other countries have bought up most of its supply, according to multiple individuals familiar with the situation.

Pfizer officials had urged the US to initially purchase 200 million doses, or enough for its two-shot regimen for 100 million people last summer, according to people knowledgeable about the issue who spoke on the condition of anonymity because they weren't authorized to discuss the situation. But officials declined, choosing instead for 100 million doses, or enough for 50 million people, they said.

In a statement, Pfizer said that "the company is not able to comment on any confidential discussions that may be taking place with the US government".

Trump administration officials denied there would be availability issues in the second quarter, citing other vaccines in the pipeline, but others said problems are possible, according to the Post.

"I'm not concerned about our ability to buy vaccines to offer to all of the American public," General Paul Ostrowski, who oversees logistics for Operation Warp Speed, said in an interview Monday. "It's clear that Pfizer made plans with other countries. Many have been announced. We understand those pieces."

Fox News reported late Monday that President Donald Trump is expected to sign an executive order during a "COVID-19 Summit'' at the White House on Tuesday that will ensure all Americans have access to a COVID-19 vaccine before the US government begins helping nations around the world. Fox said Trump will re-emphasize that the "priority has been an America First approach".

The White House said it is inviting governors, federal officials and executives of pharmaceutical companies and drugstore chains to attend.

While US health authorities continue examining the proposed COVID-19 vaccines, in the UK, healthcare workers will begin inoculations of the Pfizer vaccine on Tuesday morning, aiming to vaccinate more than 20 million people in just a few months.

The first batch of the vaccine created by Pfizer and the German company BioNTech arrived in the UK last week. Doses are scheduled to be delivered to hospitals beginning Monday. Nursing home residents, healthcare workers and people age 80 and over will be the first to get the vaccine.

Bloomberg reported Monday that a spokesperson for the US Department of Health and Human Services (HHS) said states have used outdated federal estimates showing many more doses of Pfizer's vaccine would be available for the initial flow of shots.

Estimates given to states in October for planning purposes said there could be 20 million doses of the Pfizer-BioNTech SE vaccine available and 15 million doses of Moderna's vaccine, according to the spokesperson, who asked not to be identified by name in an emailed response, Bloomberg reported.

"There has been a lot of confusion," Claire Hannan, executive director of the nonprofit Association of Immunization Managers, told Bloomberg. The association consists of officials in states, territories and cities who work on vaccine-preventable diseases.

Dr Anthony Fauci on Monday warned that the upcoming Christmas holiday season may be even worse than Thanksgiving in terms of spreading the coronavirus. Millions of Americans rejected warnings from health officials and traveled for the long holiday weekend. He said the US is "probably just at the beginning" of seeing the resulting increase in cases.

Fauci told CNN that because the Christmas season stretches into New Year's, the prospects for spreading the virus as people travel "may be even more compounded than what we saw at Thanksgiving".

On Monday, New York City reopened elementary grades at its public schools, the nation's largest system, after closing them last month when the virus-test positivity rate surpassed a limit set by the mayor.

Los Angeles public schools, the second-largest district, will revert to online learning for the rest of the semester amid record coronavirus case numbers in the surrounding county.

Of the nation's 75 largest public school districts, 18 have gone back to remote learning in the past month, according to data compiled by the Council of the Great City Schools, The Wall Street Journal reported.