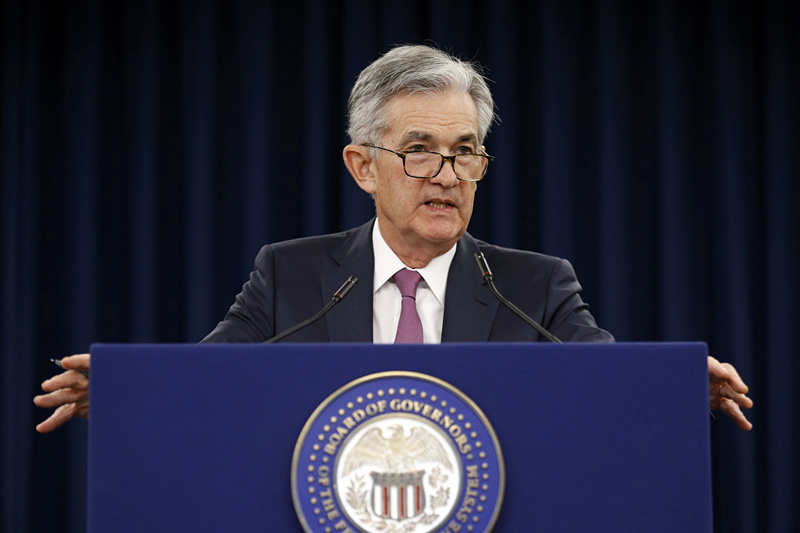 In this May 1, 2019, file photo Federal Reserve Board Chair Jerome Powell speaks at a news conference following a two-day meeting of the Federal Open Market Committee in Washington. (Photo: AP)

"Surveys suggest that many Americans believe being middle class means having a secure job and the ability to save," Powell said in his opening remarks to the Federal Reserve System's 11th Community Development Research Conference, a biennial event aimed at improving economic well-being of families and communities.

The central bank governor offered three observations. The first, he said, is "the long-term decline in relative income growth and upward economic mobility for those in the middle."

Citing a number of research results, Powell said income has grown more slowly for middle-class households since the 1970s than for those with higher incomes, resulting in wider income inequality.

The generational improvements in living standards among the middle class, according to Powell, "have steadily diminished," due to the increase of income inequality and the slower productivity growth.

"In the 1950s, better than 80 percent of children born in middle-class households grew up to out-earn their parents, but more recently only around half do," he said.

The second observation, Powell said, is the widening gap in economic status and prospects between those with a college degree and those without one.

He said compared with the 1950s and 1960s, it is increasingly less likely for working-age Americans without college degrees to find jobs than those that have.

Powell also said "the prospect of moving up the economic ladder depends on factors beyond effort and talent, including your family, the neighborhood you grow up in, and the quality of the primary and secondary schools you attend."

Race and ethnicity continue to cause disparities in economic outcomes among Americans, he added.