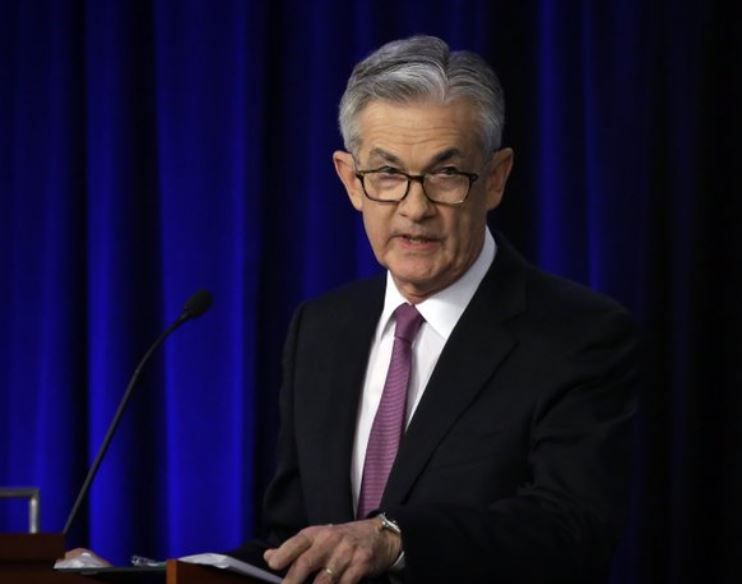 In this June 2, 2019, file photo Federal Reserve Chairman Jerome Powell speaks at a conference involving its review of its interest rate policy strategy and communications in Chicago. (Photo: AP)

Washington (People's Daily) -- The Federal Reserve has kept interest rates unchanged and within a range of 2.25 percent to 2.5 percent. But it signaled it is prepared to cut rates in the future, if necessary, to shore up a slowing US economy.

Fed Chairman Jerome Powell said at a press conference that recent US economic data, particularly in consumer spending, have been positive.

In a statement issued by the Fed, it said the labor market remains strong, economic activity is increasing at a moderate pace and the unemployment rate has remained low.

The central bank's rate-setting committee said it continues to see economic growth as likely, but cautioned, "uncertainties about this outlook have increased."

"In light of these uncertainties and muted inflation pressures, the Committee will closely monitor the implications of incoming information for the economic outlook and will act as appropriate to sustain the expansion," according to the statement.

The market has shown signs of an economic slowdown amid trade tensions with only 75,000 jobs added in May. Meanwhile, the Fed has faced growing political pressure from the White House to cut rates. President Donald Trump has been pressuring the Fed to cut rates. Eight members favor one cut this year while the same number voted in favor of the status quo and one still wants a rate hike.

Trade tensions continue to be one major risk for the US economy, but Powell said that sealing a deal with China on a new trade pact would not necessarily remove the possibility of future interest-rate cuts.

“News about trade has been an important driver of sentiment in the inter-meeting period, but we’re also looking at global growth,” he said. “We’re not exclusively focused on one event or one piece of data.”