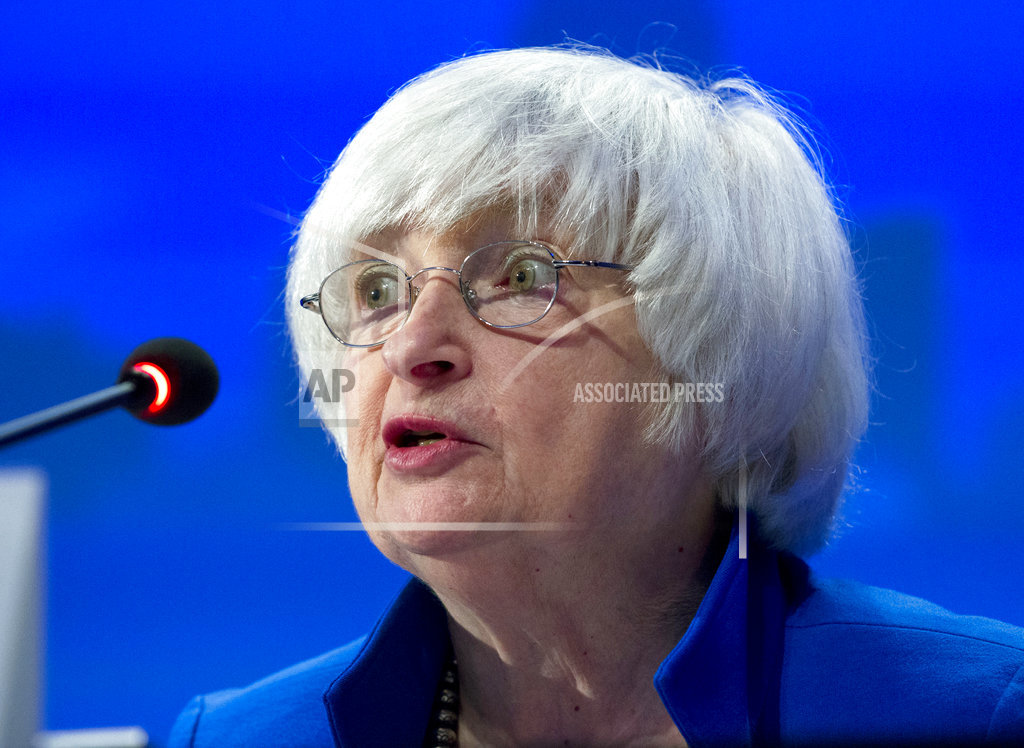 With a new Federal Reserve leader about to be announced, the Fed is keeping its key interest rate unchanged. It also hints that it's preparing to resume raising rates as the economy shakes off the impact of recent hurricanes.

The Fed's decision left its benchmark rate in a low range of 1 percent to 1.25 percent. It's expected to hike rates in December. Its statement notes the economy has been rising "at a solid rate despite hurricane-related disruptions."

The Fed reiterated its belief that inflation will resume moving toward its 2 percent target and said it was proceeding with a program to shrink its bond portfolio — a move that could mean higher long-term rates over time.

President Donald Trump has said he will announce his choice for Fed chair on Thursday. Jerome Powell, a Fed board member, is assumed to be the top contender.

"I think you will be extremely impressed by this person," Trump said Wednesday.

The statement the Fed issued Wednesday is all but an afterthought next to Trump's impending announcement of who will lead the central bank for the next four years. His choice will be scrutinized for what it might mean for the direction of interest rates, and perhaps for the economy.

In selecting Powell, Trump would be deciding against offering a second term to Yellen, who has drawn wide approval for her performance as chair. She would be the first Fed leader in decades not to be offered a second term after serving a full first term.

Powell has built a reputation as a centrist policymaker whose stance on interest rate increases would likely deviate little from Yellen's cautious approach. Powell would, though, be expected to be marginally more favorable toward easing some of the stricter financial rules that were enacted after the 2008 financial crisis. Trump has complained that those rules have been too restrictive.

On Wednesday, the Fed signaled that it is still on course to keep raising rates at a gradual pace, and economists widely expect the next hike to occur at its meeting in December. Another rate hike, the third this year, would reflect the economy's steady gains.

It would also suggest that the Fed is confident that inflation will resume rising toward its 2 percent target. The Fed's economic forecasts in September projected that its favored inflation gauge will rise just 1.6 percent this year and 1.9 percent in 2018 before finally reaching the Fed's 2 percent goal in 2019.

The problem with too-low inflation is that it can slow the economy by causing consumers to delay purchases if they think they can buy a product or service for a lower price later. And so far this year, inflation has actually been slowing. The trend that has raised doubts about whether, as the Fed has suggested, lower-than-optimal inflation reflects mainly temporary factors, such as a price war among cellphone service providers, or rather something more fundamental.

Last week, the government estimated that they economy grew at a solid 3 percent annual rate in the July-September quarter despite severe damage from two hurricanes. The economy has now posted two straight quarters of at least 3 percent annual growth — the strongest two-quarter stretch in three years.

And while job growth was disrupted in September by the hurricanes, the unemployment rate reached a 16-year low of 4.2 percent.

Those factors, along with a stock market setting record highs, are thought to have put the Fed on a path to raise rates modestly later this year and thereby avoid having to tighten credit more aggressively later to prevent high inflation — something that would risk derailing the economy.

The Fed has raised rates four times in incremental moves beginning in late 2015, after its benchmark rate had stood at a record low near zero for seven years. The rate is still historically low at a range of 1 percent to 1.25 percent.

On Thursday, if Trump chooses Powell to succeed Yellen, most analysts expect the Fed's pace of rate hikes beginning next year to remain gradual, with perhaps some possibility of a slight acceleration. Powell, who has been on the Fed board for five years, has been a reliable ally in Yellen's go-slow policy on rate increases.

Yellen, who was selected as Fed chair by President Barack Obama, has been an outspoken advocate for the stricter regulations that took effect in 2010 to prevent another financial crisis. If Powell does become Fed chair and proves more inclined to ease some of those regulations, he would have an ally on the board in Randal Quarles, a Trump nominee who has become the Fed's first vice chairman for supervision — a position from which he can lead the effort to loosen regulations.

The seven-member board has three other vacancies, thereby providing Trump with additional ways to put his imprint on the central bank.