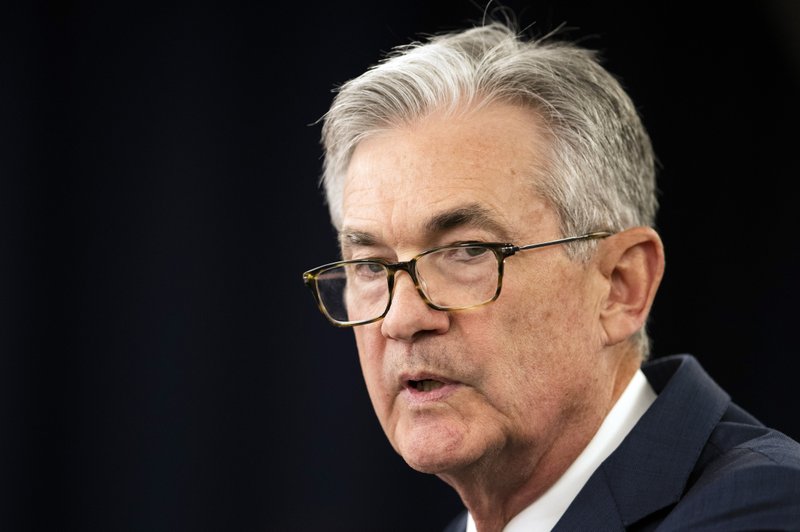 Federal Reserve officials were widely divided at their meeting last month when they decided to cut rates for the first time in a decade, with some arguing for a bigger rate cut while others insisted the Fed should not cut rates at all.

The minutes of the July 30-31 discussions released Wednesday show two officials believed the Fed should cut its benchmark policy rate by a half-percentage point, double the quarter-point reduction the central bank eventually agreed upon. On the other end, some Fed officials argued for no rate cut at all, believing that the economy was beginning to improve after a soft patch in the spring.

The minutes did not indicate any consensus on the pace of future cuts.

Financial markets have been turbulent since the July 31 rate cut, diving 800 points one day last week on the Dow Jones Industrial Average, as bad news has piled up in terms of the slowing global economy and the latest developments in President Donald Trump’s trade war with China.

Because of these developments, investors have become convinced the central bank will follow up the July rate cut with further cuts at coming meetings. But private economists are not so sure, believing the Fed may want to save some of its rate cut ammunition should the economy take a serious turn for the worse with the possibility of a recession.

The minutes provided little clarity on what the future course for rates will be, but markets are hoping that Fed Chairman Jerome Powell may send a stronger signal about future rate hikes when he delivers the keynote address at the Fed’s annual policy conference at Jackson Hole, Wyoming, on Friday.

“There is little sign that the Fed is willing to push back on the markets,” said Michael Pearce, senior economist at Capital Economics. “As such, another (quarter-point) cut in September still looks like a good bet, if only because the Fed will not want to disappoint lofty market expectations.”

The two Fed officials who argued for a bigger rate cut “favored a stronger action to better address the stubbornly low inflation rates of the past several years,” the minutes said.

The July action was approved on an 8-2 vote with Esther George, president of the Fed’s Kansas City regional bank, and Eric Rosengren, president of the Boston Fed, dissenting and arguing that they favored no rate cut at all.

The minutes said the majority view supported a quarter-point cut, viewing it as a “mid-cycle adjustment,” a phrase Powell used in his press conference that caused an adverse market reaction by investors hoping the July cut will be the first in a series of rate reductions.

The minutes highlighted three main reasons for the cut, including recent signs of deceleration of the economy and concerns about persistently low inflation. Officials also believed a rate cut would be a “prudent step from a risk-management perspective.”

The minutes said the Fed was worried about a slowdown in business investment and the global headwinds that are affecting Europe, Japan and other regions.

“Participants were mindful that trade tensions were far from settled and that trade uncertainties could intensify again,” the minutes said.

On Aug. 1, the day after the Fed’s rate cut, Trump announced that he would impose 10 percent tariffs on $300 billion in Chinese imports in an effort to force the Chinese to make more trade concessions at the bargaining table. Since that announcement, Trump has said he would postpone about half of those tariffs until Dec. 15 to avoid hurting American consumers during the holiday shopping season.

But economists are warning that the tariffs already imposed will likely slow US growth in coming quarters.