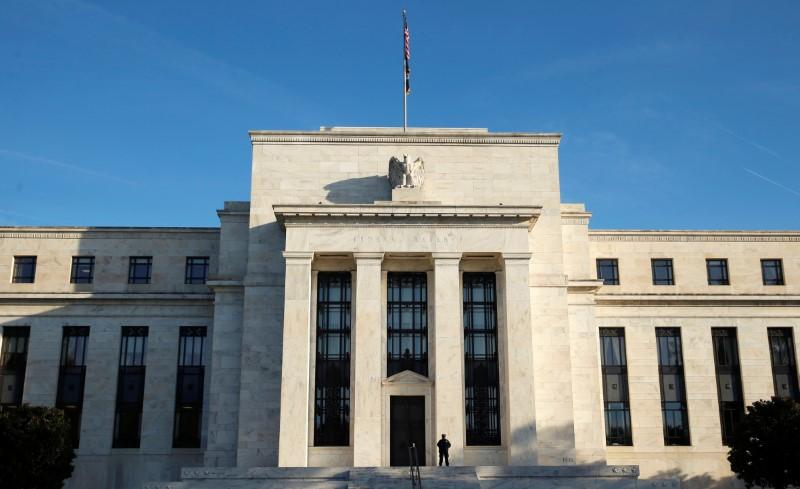 The US Federal Reserve building in Washington DC.( Photo: VCG)

When addressing the Congress, Powell said he sees the United States on track for years more of steady growth. He said for now, wage growth is picking up, boosting inflation, which is now in line with the US Federal Reserve's target of 2 percent.

The Fed “believes that - for now - the best way forward is to keep gradually raising the federal funds rate” in a way that keeps pace with a strengthening economy but does not increase rates so high or so fast that it weakens growth, Powell said.

When asked about the trade conflicts, Powell said it’s too early to predict the outcome of the standoffs, adding they haven’t affected the Fed’s plans to gradually bump up its benchmark short-term rate.

In June, Fed policymakers forecast a total of four hikes this year, up from their estimate of three in March.

But he acknowledged that tariffs were “absolutely” the wrong approach and the US “would feel it at the national level” if levies remained in place for too long.

“Countries that are more open to trade have grown faster. ... Countries that have gone in more of a protectionist direction have done worse," he said.

During the congressional hearing, he was also challenged by senators worried the Trump administration’s trade policies were already damaging businesses in their districts.

North Dakota Democrat Heidi Heitkamp said she was becoming frustrated with the idea of “short-term pain for long-term gain,” noting that the energy sector in her state already had been hit by higher steel prices because of import tariffs and farmers were worried about permanently losing market share because of retaliatory levies imposed on their goods.

“We cannot afford to put our head in the sand” about the impact, Heitkamp said. “We are going to look back at this time perhaps in a year and say that is the point we turned the corner and the economy started taking a downturn.”

The Fed’s regional bank presidents have increasingly cited local business concerns about the administration’s trade tactics, with higher input costs and uncertainty over the future offsetting the recent corporate tax cut and pushing firms to reconsider or delay investment plans.