BUSINESS Fed will do 'whatever it takes' for US economy: Chairman Powell

Fed will do 'whatever it takes' for US economy: Chairman Powell 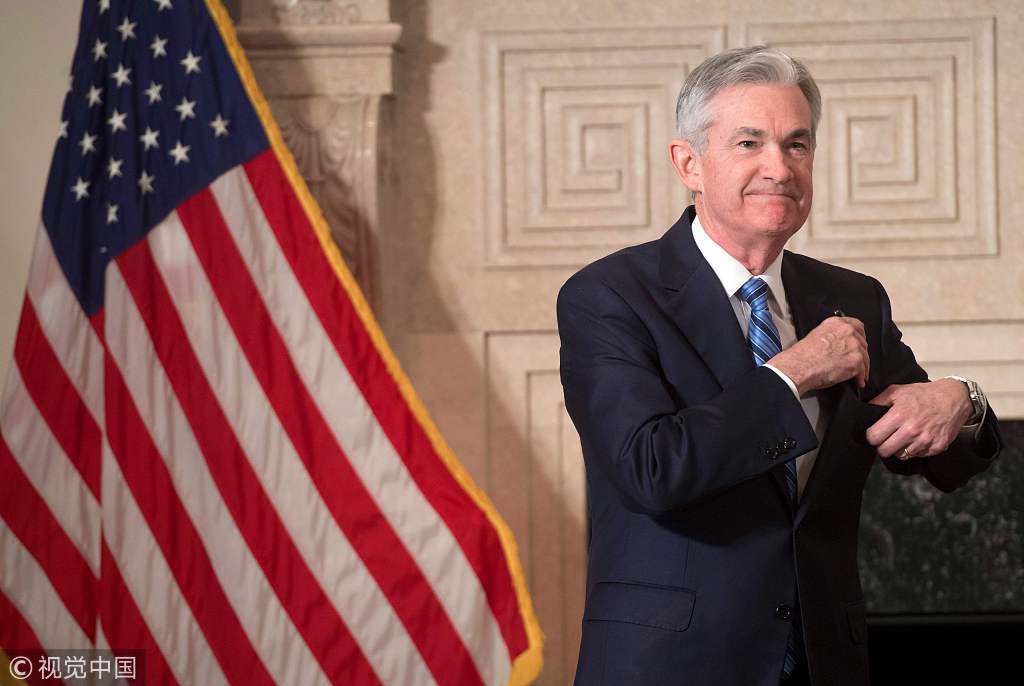 Avoiding any direct reference to President Donald Trump's renewed criticism of the Federal Reserve's handling of the economy, Fed chief Jerome Powell said Friday the central bank would do "whatever it takes" to head off inflation or react to a new crisis.

Trump's latest attacks, delivered in an interview this week, meant politics cast a shadow highly anticipated speech, the highlight of the annual gathering of global central bankers in Jackson Hole, Wyoming, an idyllic setting in the American West for serious discussions on how to manage the economy.

In an address, Powell stayed resolutely focused on the policy debate and the challenges facing the Fed's rate-setting Federal Open Market Committee (FOMC) but he made it clear officials were focused on the economic data.

"I am confident that the FOMC would resolutely 'do whatever it takes' should inflation expectations drift materially up or down or should crisis again threaten," he said in prepared remarks.

However, he noted that the economy remained strong and anyone who wanted a job could find one. On inflation, "we have seen no clear sign of an acceleration above two percent, and there does not seem to be an elevated risk of overheating."

As a result, "if the strong growth in income and jobs continues, further gradual increases in the target range for the federal funds rate will likely be appropriate," Powell said, echoing recent FOMC statements.

As the US economy has recovered, the Fed has raised the benchmark lending rate seven times since December 2015, twice this year under Powell, and is expected to hike again in September and December.

But Trump has said rising interest rates -- which tend to strengthen the dollar, making US exports more expensive -- will slow the economy and offset the impact of the tax cuts he championed.

Trump has repeatedly said he is "not thrilled" with Powell's raising of interest rates.

The president has hammered away at Fed policy for not supporting faster economic growth but went even further this week when he also declined to confirm his support for the central bank's independence, something that has the potential to worry financial markets.

Questioning Fed actions is normally off limits for US politicians, since it could raise fears central bankers would feel political pressure and fail to act to head off rising inflation.

Powell referenced that in his speech as well stressing the importance of ensuring that businesses and consumers do not start to believe inflation will be allowed to accelerate, something central bankers call "anchoring" inflation expectations.

He said "one overwhelmingly important lesson for monetary policymakers: Anchoring longer-term inflation expectations is a vital precondition for reaching all other monetary policy goals."

So even if factors occur that push prices up or down, "people expect that inflation will return fairly promptly to the desired value," he said.

The conference has taken on a mystique since past Fed chairs, and other central bankers, have occasionally used the event to signal a change in policy.

But Powell's speech focused squarely on lessons learned in past economic eras and how to apply them to the current situation, which he called "challenging."

He did not reference Trump's many trade wars, which central bankers have pointed to as a potential "consequential risk" to the economy.