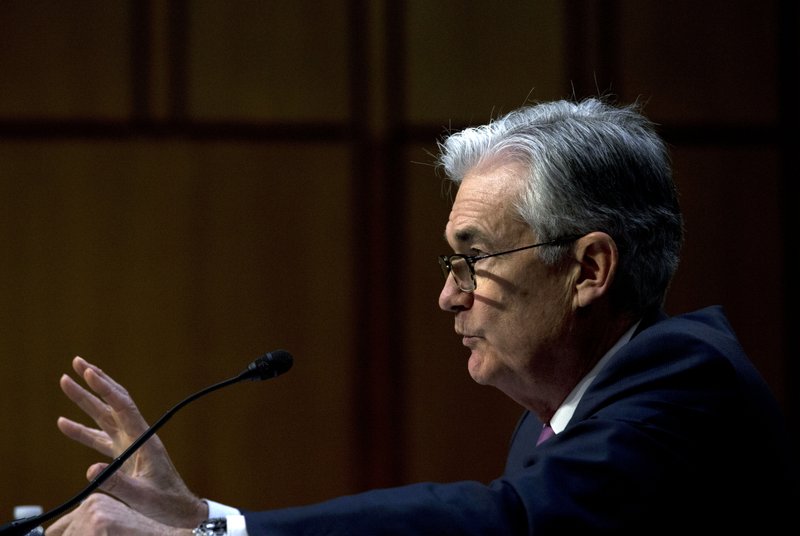 In this Nov. 13, 2019, file photo Federal Reserve Board Chair Jerome Powell testifies on the economic outlook, on Capitol Hill in Washington. (Photo: AP)

The Federal Reserve said Monday it will support the government’s $349 billion small business lending program, which had a rocky start Friday.

The Fed said that it will buy loans that banks make to small businesses as part of the program, which is being carried out by banks and the Small Business Administration and was set up under the $2.2 trillion economic relief package.

The loans can be forgiven if they are spent on payroll, to encourage firms to keep paying their employees or rehire workers they may have recently laid off.

By purchasing the loans, the Fed would create an incentive for the banks to engage in more lending. Buying the loans should free up more cash for banks to lend. Otherwise, when banks make a loan, they are typically required to hold some cash in reserve in the case of default.

The Fed’s two-sentence announcement said further details will be provided this week.

Joseph Brusuelas, chief economist at RSM, an advisory firm that works with medium-sized companies, said the Fed’s move is intended to encourage more banks to participate because many are reluctant to lend to small companies.

“This should help ... reverse risk aversion among potential lenders to provide bridge financing for small firms that otherwise would likely not survive the first phase of the crisis,” Brusuelas said.

The Independent Community Bankers of America, in a letter Saturday, urged Treasury Secretary Steven Mnuchin to work with the Fed to set up a purchase program for the small business loans. By taking loans off bank balance sheets, they argued that it would make it easier for smaller banks to participate.

“This program should not be limited by the balance sheet capacity of participating lenders,” Rebecca Romero Rainey, CEO of the ICBA, said in the letter.

It could potentially help some larger banks as well. Wells Fargo said it did $10 billion in loan applications over the weekend, the maximum the bank was allowed to do. Because of the bank’s prior scandals, Wells Fargo is under restraints from the Federal Reserve on how many loans it can hold on its books.

The Fed is also expected to launch a program that would aid states and cities by buying municipal bonds. The rescue package approved last month directed Mnuchin to support such an effort as part of the $454 billion the legislation provided the Treasury to backstop the Fed’s efforts to support the banking system and economy.

In a phone call with the nation’s governors Monday, Mnuchin said the Trump administration is working with the Fed to roll out a new “state funding facility” to let make it easier for state governments to borrow money, according to audio of the call obtained by The Associated Press.

“We know many of you are going to need to borrow additional funds and to the extent that you can’t tap the markets, we will be setting up a funding facility with the Fed,” he said.

Mnuchin also said he expects the stimulus payments to individuals to start being sent out by the end of next week and the aid to states to be distributed by April 24th.

Many smaller banks have complained that they have had trouble accessing the lending program, according to the ICBA.

But Mnuchin told the governors that the “SBA program (is) up and running. Very successful.”