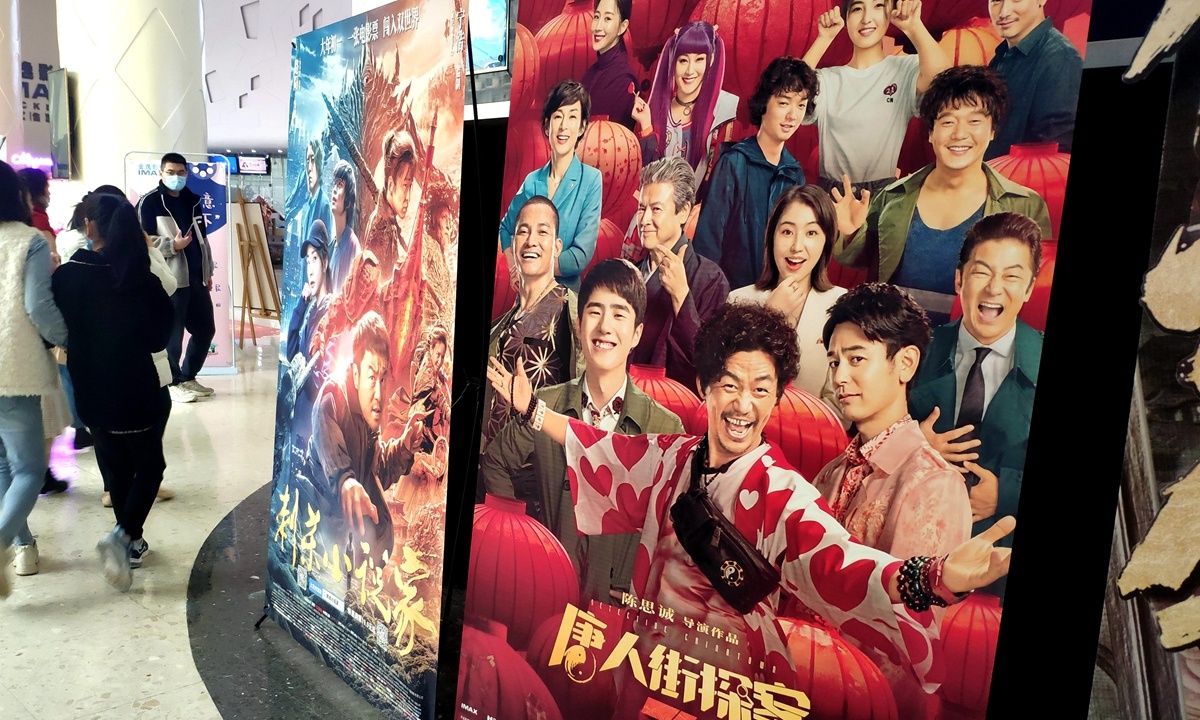 Moviegoers at a cinema in Beijing on Friday, the frst day of Year of the Ox. (Photo: Agencies)

The box-office revenues of seven domestically made films including Detective Chinatown and Hi, Mom, exceeded 8 billion yuan ($1.24 billion) during the Chinese Lunar New Year from February 11-17, with Hollywood films largely absent from the Chinese market due to the pandemic.

Among the seven domestic films, Detective Chinatown and Hi, Mom were the two hottest. Detective Chinatown set a global box office record ($157 million) in single market in a single day. The record was previously held by Avengers: Endgame in the North America market, according to local media reports.

The nation's film market is recovering from the COVID-19 pandemic. In the first one and a half months at the beginning of 2021, the box office almost reached the half of the whole year box office of 2020, data from the Ministry of Commerce showed.

Rance Pow, founder of consultancy Artisan Gateway, said in a Bloomberg report that two-thirds of US cinemas were shut down due to the pandemic, and Hollywood's dependence on China's market is growing.

Despite missing the 2021 Chinese Spring Festival holidays, Warner Bros Entertainment Inc's live-action remake of the cartoon classic Tom and Jerry has become the only big Hollywood film confirmed for release so far this year - on February 26 - in the mainland market.

Zhang Aifeng, a professor at the School of Journalism and Communication, Guangzhou University, told the Global Times that the boom for domestic films during the Chinese Lunar New Year holiday reflected pandemic precautions by cinema operators and the public's eagerness for films.

"Impacted by the COVID-19 pandemic, Hollywood films may not dominate Chinese film markets like they have in previous years as filmmaking has been suspended amid the pandemic in the US, leading to rising opportunities for domestic films," said Zhang.