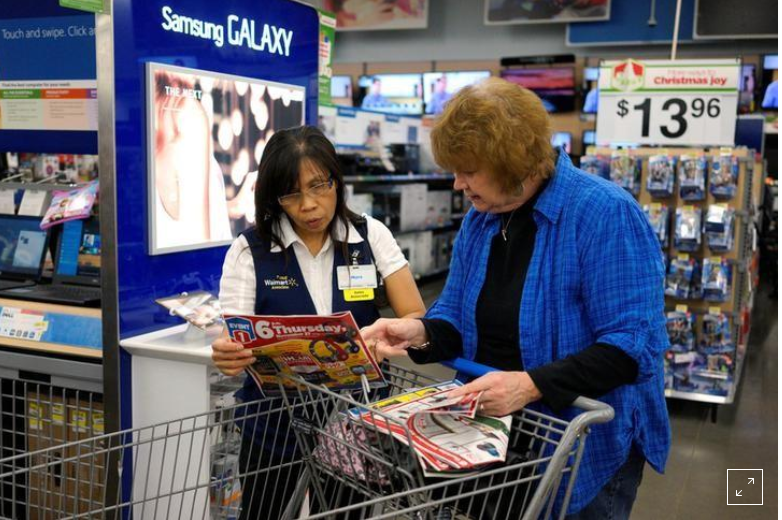 A Walmart employee helps a customer navigate a flyer at the store in Broomfield, Colorado November 28, 2014. Photo: Reuters/Rick Wilking

Two percent of US adults said they had gotten a raise, bonus or other additional benefits due to the Republican tax law enacted a month ago by President Donald Trump, according to a Reuters/Ipsos poll released on Monday.

Hailed by Republicans as a boost for the middle class, the law is expected to be framed as a win by Trump in his State of the Union address on Tuesday and to be a key theme for both parties headed into November’s congressional elections.

While the Internal Revenue Service implements the law, Republicans in the US Congress have been praising businesses, such as Wal-Mart and JPMorgan Chase & Co, for announcing wage and benefit increases in response to the tax plan.

The full impact of the law will not be known for some time. Businesses’ and individuals’ 2017 tax returns will not be directly affected. Returns for 2018, when the law takes effect, will not be filed until 2019.

But the Reuters/Ipsos online poll of 5,254 adults done Jan. 12 to 23 offers insights into public perceptions of the law, which is expected to shape the 2018 midterm elections when all 435 House of Representatives seats and a third of 100 Senate seats will be up for grabs. 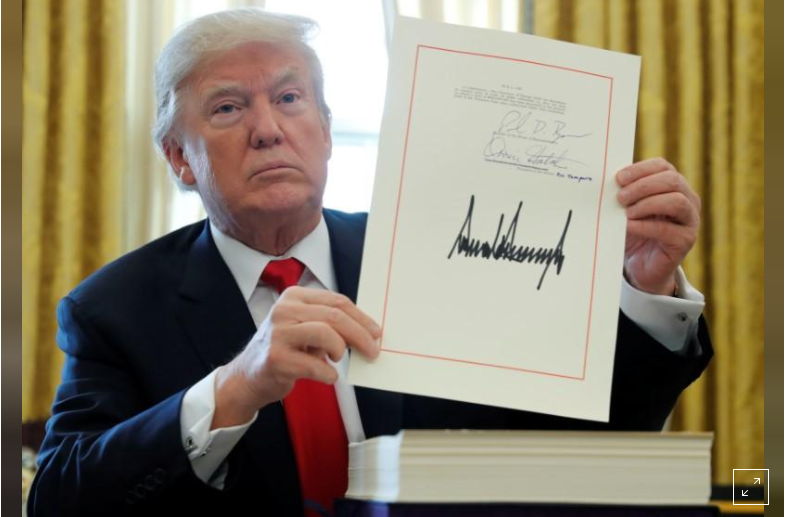 About 58 percent of US adults surveyed said that large US corporations or wealthy Americans stand to benefit most from the tax legislation. Just 13 percent said the middle class will benefit the most, the poll showed.

Trump and House Speaker Paul Ryan pledged the tax bill’s benefits would become evident in February. At that time, they said, employees paychecks would grow after IRS tax withholding tables were updated for new tax rates.

Nearly one in four adults said they have tried to estimate the impact of the tax law by consulting with an accountant, a tax professional, their company’s payroll department or an online tax calculator, the poll showed. On the elections, about a quarter of adults surveyed said passage of the tax law would not make them more or less interested in voting, the poll showed.

A quarter of those surveyed, including more than half of Republicans, said they were more interested in voting for Republicans because of the law. Just 8 percent of Democrats and 16 percent of independents said the same.

About a third of respondents, including 62 percent of Democrats, said they were more interested in supporting Democrats due to the tax legislation; just 9 percent of Republicans and 19 percent of independents. The poll showed little change in the number of individuals who expect to itemize deductions on their 2018 tax returns versus 2017. One in three said they expected to itemize this year; one in three said they itemized last year. The online poll had a credibility interval, a measure of accuracy, of 2 percentage points.