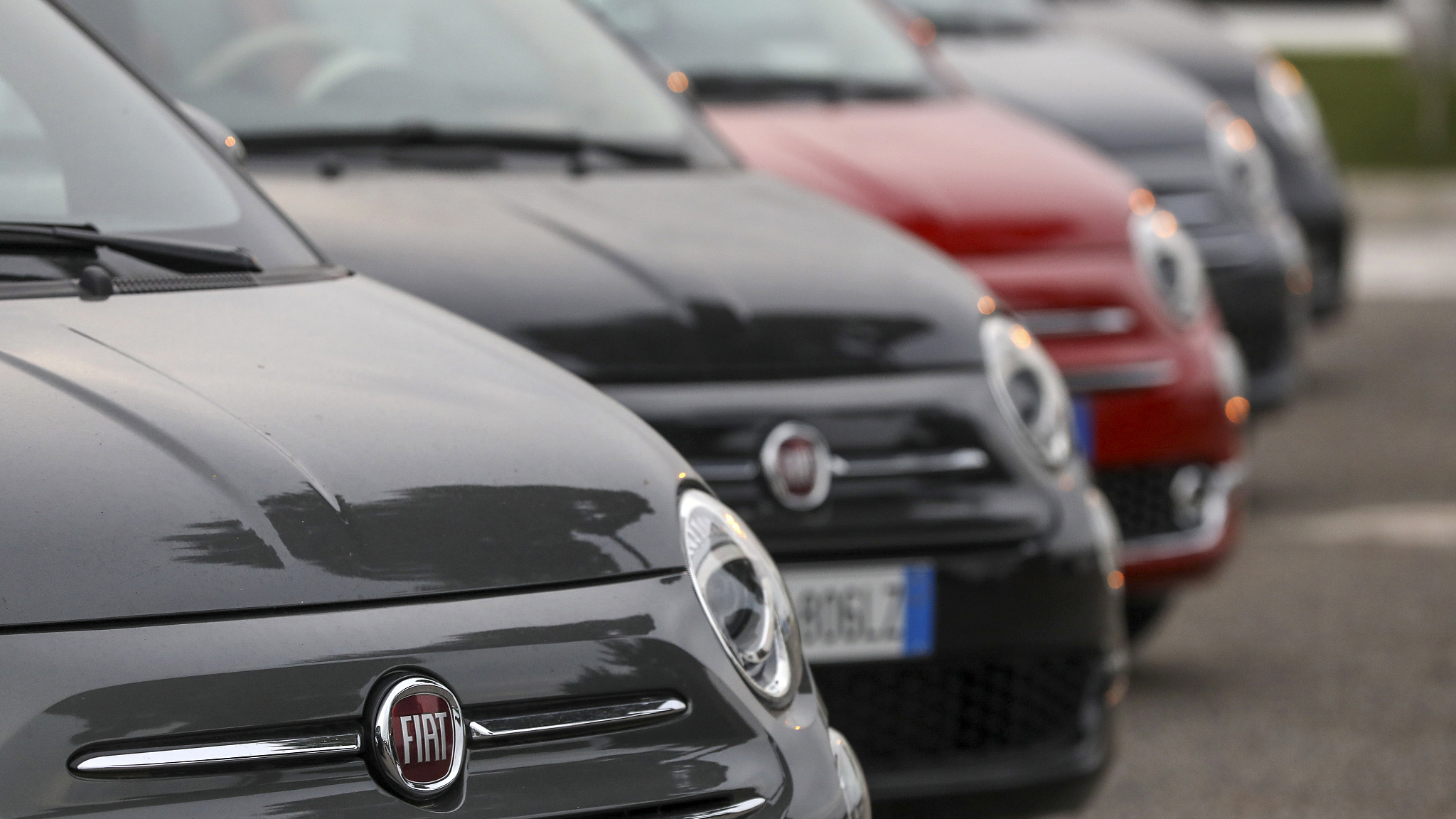 Fiat Chrysler automobiles sit on the forecourt of one of the company's car dealerships, Rome, Italy, October 31, 2019. (Photo: CFP)

Fiat Chrysler (FCA) and PSA said on Monday that investors had given their blessing to a $52-billion-merger to create the world's fourth largest automaker, and shares in the new company, named Stellantis, would start trading in two weeks.

With annual production of around eight million vehicles worldwide and revenues of more than 165 billion euros ($203 billion), the newly-formed firm is expected to play a key role in the auto industry's jump into the new era of electrification.

Stellantis will have 14 brands, from FCA's Fiat, Maserati and U.S.-focused Jeep, Dodge and Ram to PSA's traditionally Europe-focused Peugeot, Citroen, Opel and DS.

FCA and PSA said they expected to complete their tie-up on January 16, ahead of an earlier indication which aimed for a closing within the first quarter of this year.

Stellantis shares will start trading in Milan and Paris on January 18, and in New York the following day, the two automakers said in a joint statement.

At two separate extraordinary shareholder meetings, held virtually earlier on Monday due to the coronavirus pandemic, investors in each group backed the merger with approval rates above 99 percent of the votes cast.

"We are ready for this merger," PSA chief executive and Stellantis future CEO Carlos Tavares said.

Tavares will have to revive the carmaker's fortunes in China, rationalize a sprawling empire and address massive overcapacity, as well as focus like its rivals on creating cleaner cars.

FCA Chairman John Elkann, the future chairman of Stellantis, said the new automaker would "play a leading role as the next decade redefines mobility."

And FCA CEO Mike Manley – who will head Stellantis' key north American operations – said 40 percent of the expected synergies form the merger, projected at more than 5 billion euros, will come from convergence of platforms and powertrains and from optimizing R&D investments.

Manley said 35 percent of synergies would be driven by savings on purchases, while another 7 percent would come from savings on sales operations and general expenses.

The remainder of the synergies are expected from the optimization of other functions including logistics, supply chain, quality and after-market operations, he added.

FCA said in a separate statement it would pay its shareholders a planned 2.9 billion euro special dividend as soon as possible after merger completion.