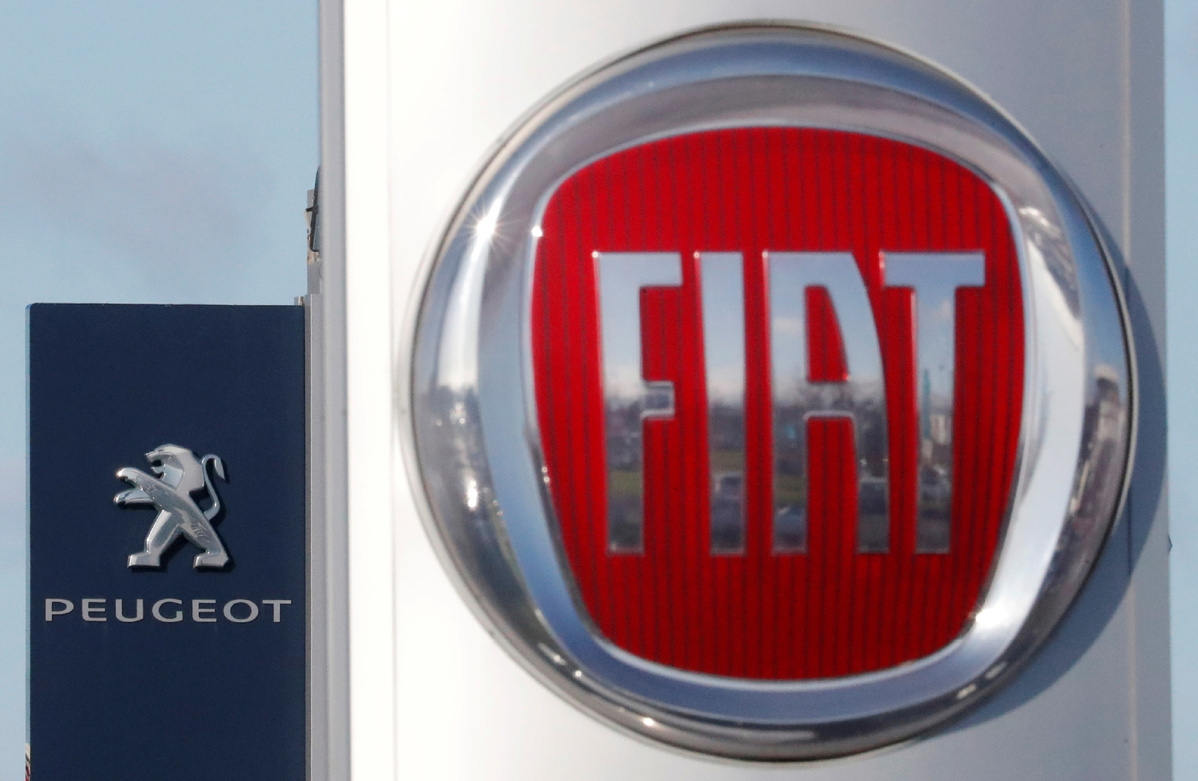 The logos of car manufacturers Fiat and Peugeot are seen in front of dealerships of the companies in Saint-Nazaire, France, Nov 8, 2019. (Photo: Agencies)

Italian-American carmaker Fiat Chrysler Automobile and France's Groupe PSA said on Monday that they are expected to finish the merger on Jan 16, after their shareholders had given their overwhelming approval of the $52 billion transaction.

At two separate shareholder meetings held online due to the coronavirus pandemic, investors in each carmaker backed the merger with approval rates above 99 percent of the votes cast, said the companies in a statement.

The new company will be called Stellantis. It will have 14 brands from FCA's Fiat, Maserati and US-focused Jeep, Dodge and Ram to PSA's Peugeot, Citroen, Opel and DS.

The merger is expected to generate synergies of around 5 billion euros, and 40 percent of it will come from convergence of platforms and powertrains and from optimising R&D investments, according to FCA CEO Mike Manley.

With annual production of around 8 million vehicles worldwide and revenues of more than $203 billion, Stellantis will be the fourth largest carmaker worldwide after Volkswagen, the Renault-Nissan-Mitsubishi alliance and Toyota.

Carlos Tavares, PSA's CEO and forthcoming CEO of Stellantis, said "We are ready for this merger."

Analysts said some of his pressing tasks will be reviving the carmaker's fortunes in China and addressing massive overcapacity, as well as creating cleaner cars.

Tavares has been blunt about the problems Peugeot has in China and has pledged that Stellantis will mount a comeback.

"No global car company can afford not to be in the largest car market in the world," he said at the Reuters Automotive Summit teleconference in November 2020.

According to consultancy LMC, both PSA and FCA operate at around 8 percent of their capacity in the Asia-Pacific region, and most of that capacity is in China, a market of 21 million cars a year.

Analysts said the merger is the best chance for a turnaround.

"On their own, each group might not be able to afford a reboot in China," said Philippe Houchois, an analyst at Jefferies investment bank.