The creation of a modern, central banking system and ensuring financial stability will be the key objectives of China's macroeconomic goals, along with the ongoing efforts to further facilitate supply-side structural reforms, according to officials and economists. 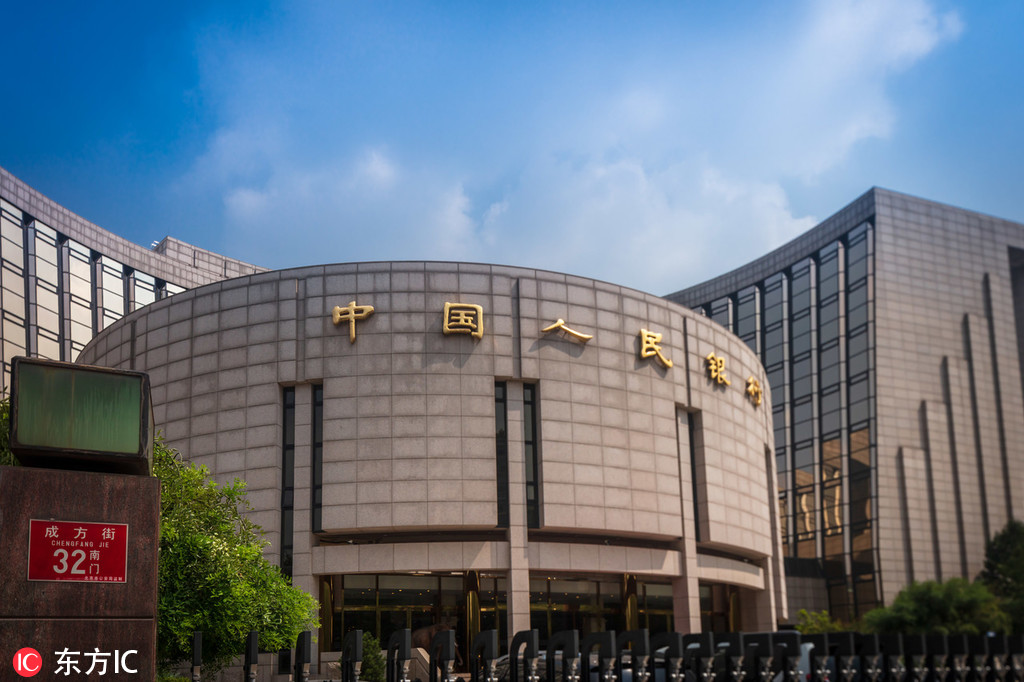 The Fourth Plenary Session of the 19th Central Committee of the Communist Party of China (CPC), held late last month, emphasized the necessity of building a modern central banking system, improving the base money issuance mechanism, and enhancing the marketoriented interest rate system.

It also stressed the need to strengthen capital market fundamentals, improve the modern financial system to one that is highly adaptable, competitive and inclusive, and effectively prevent and resolve financial risks.

The People's Bank of China, the central bank, has already included the essence and spirit of the fourth plenary session in its key work tasks for 2020, according to a statement on the bank's website. The PBOC will focus on improving financial, macroeconomic management, as well as enhancing macro prudential regulations in next year's plan, it said.

Accelerating financial supplyside structural reform and continually deepening high-quality financial opening-up are among the major targets for next year, it said. During that process, systemic financial risks should also be prevented, the central bank said.

Economists expect the market-oriented interest rate reform to further deepen in the following months, featured by the new loan prime rate (LPR) mechanism that reflects the reported loan rates from 18 representative banks' best clients. As of September, about 46.8 percent of the new loans in the country are using the LPR as reference, the PBOC said.

PBOC Vice-Governor Liu Guoqiang said the central bank will encourage banks to increase the use of the LPR. Banks should take prompt measures as required to improve their information systems and update contract texts relating to lending rate pricing, and start using the LPR as the major pricing reference for new loans.

"It is foreseeable that after the current round of LPR reforms, the monetary policy price adjustment mechanism may become a 'double lever, double pathway' system," Cheng Shi, chief economist, managing director and head of the research department of ICBC International, told China Daily.

The market-oriented interest rate reform would target the signal conflicts and marching toward a mature system in the future, said Cheng. "A continuous interest rate marketization process, accompanied with an accelerating improvement of interest rate corridor efficiency, would inhibit the liquidity stratification (between the large and small banks) fundamentally."

"Innovation of monetary policy tools and an expansion in the scale of institutions capable of issuing base money are necessary for improving the base money issuance mechanism," said Ming Ming, a senior analyst with CITIC Securities.

Ming said foreign exchange rate reforms will accelerate, with the yuan's opening price for each trading day to be determined by the market, with a broader trading band. Currently the onshore yuan is allowed to move up or down from its central parity rate, or the daily trading reference price, by 2 percent.

Financial stability could also be strengthened under the modern central banking system, said experts. But this would require quick responses from monetary authorities to strains within the financial system, deft approaches to systemic risks and having a more macro-prudential approach.

On Tuesday, Yi Gang, governor of the People's Bank of China, held a meeting with executives of financial institutions. A statement issued after the meeting said banks should enhance countercyclical adjustments to strengthen economic growth, especially through higher credit support.