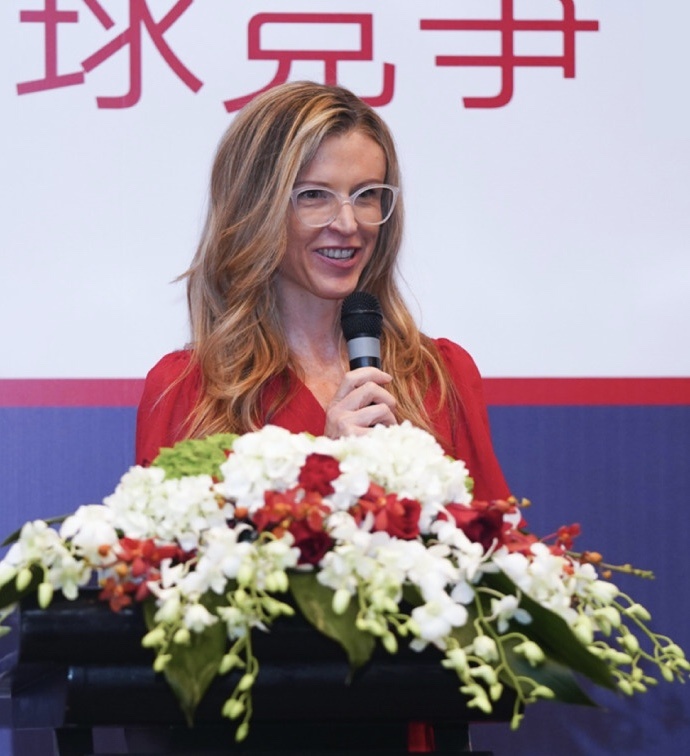 US-based strategic advisory services provider Ries said China is playing an increasingly vital role in the global economy, and they are dedicated to helping Chinese companies position their brands in consumers' minds and gaining an edge in global competition.

Laura Ries, global president of Ries, said although the positioning theory originated in the United States, China is the core battlefield, while noting China is taking a dominant and leading position in the 21st century.

Since the establishment of Ries China in 2007, it has provided brand and strategy consulting services to several major Chinese companies, including Great Wall Motors, Robam Appliances, Moutai, Wanglaoji and Deppon Express.

Zhang Yun, global CEO of Ries and president of Ries China, said the company has helped Great Wall Motors establish its positioning as a SUV maker instead of making sedans, with its sales revenue jumping from 8 billion yuan ($115.4 million) to 100 billion yuan in the past 10 years. The two companies have extended their cooperation for the next 10 years.

"We want to help more Chinese companies go global, which is a very important mission. As a global company, we have an overall plan to help China, India and other ASEAN countries to build up global brands," Zhang said.

"Ries told us to focus on the SUV and Haval," a company sub-brand, Wang Fengying, president of Great Wall Motors said.

"It helps us to clarify the strategic direction of the enterprise, no matter the level of products or resources," Wang added.