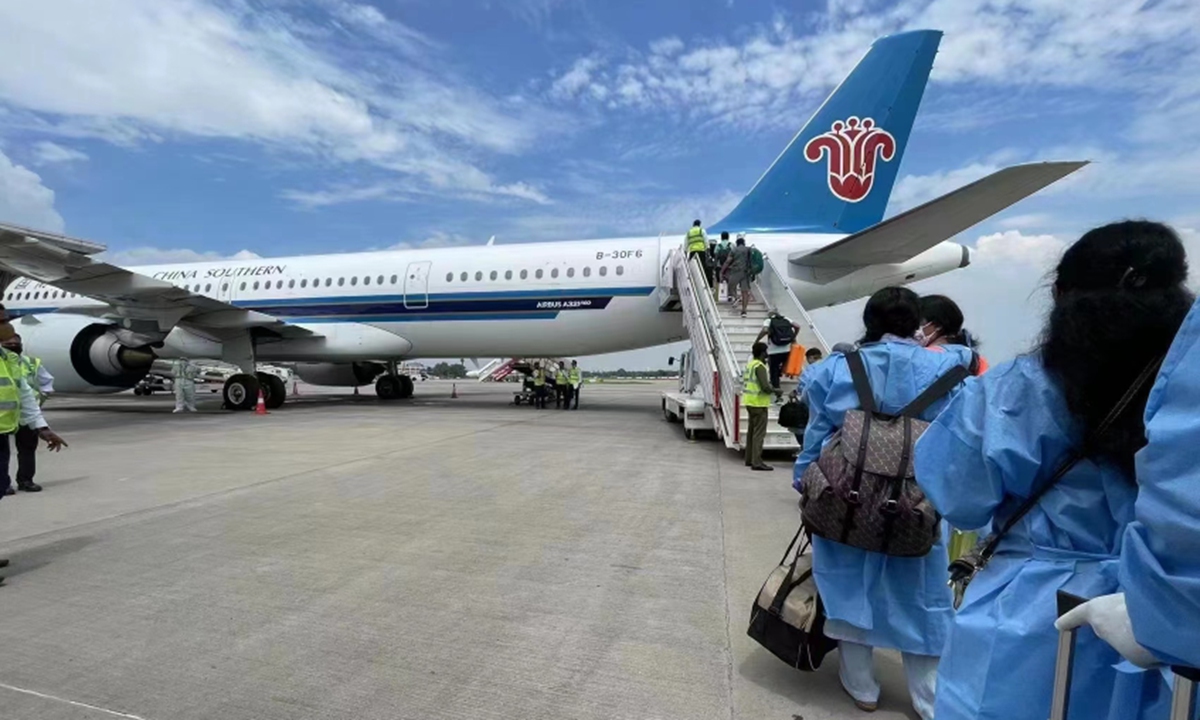 Over the past two years, flights between China and India have been suspended due to the COVID-19 pandemic and other factors. Indian companies warmly welcomed the charter flights, with many hoping for normal business flights between the two countries, industry insiders said. 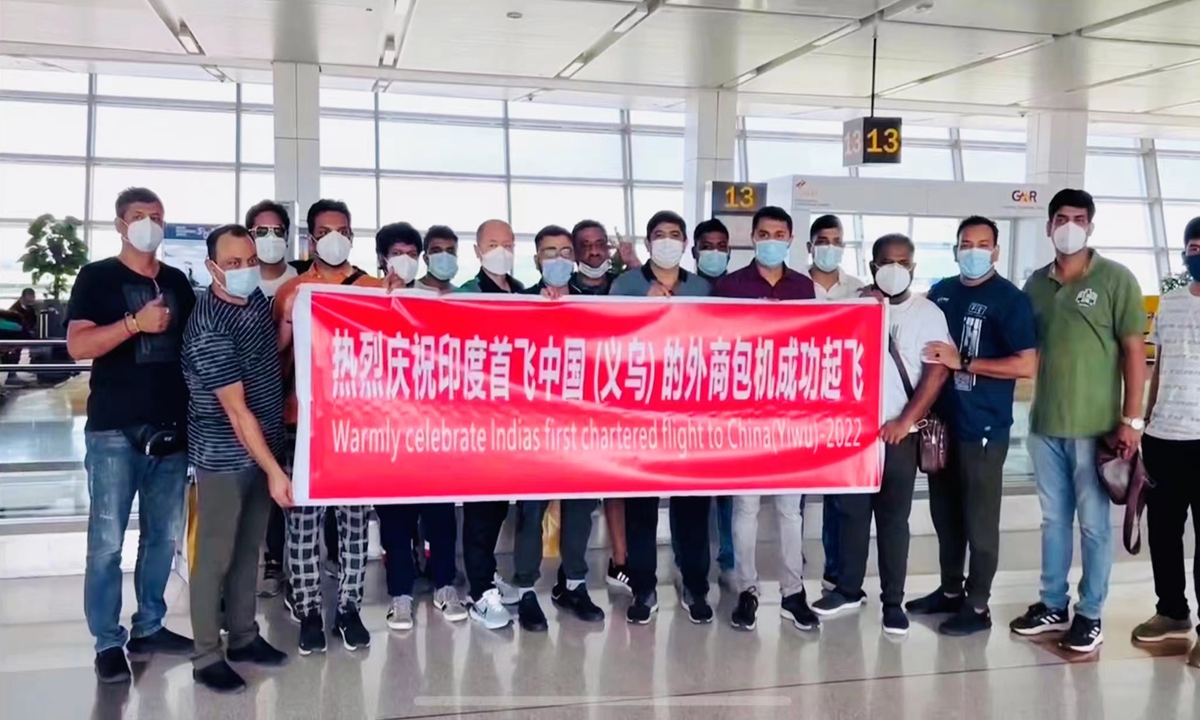 After a "7+3" quarantine, which requires seven days of concentrated quarantine in a dedicated place and three days of self-quarantine at home, those Indian businessmen will head for Zhejiang's Yiwu, the world capital of small commodities, a source at the Yiwu municipal government told the Global Times on Wednesday.

India is Yiwu's second-largest export destination. The arrival of this charter flight marked the re-opening of the door for Indian merchants to return to Yiwu for procurement. More than 2,000 Indian merchants reside in Yiwu in the peak period, according to the source.

Hassan, a merchant from India who was on the charter flight, said in a video that he can finally go to Yiwu market and see the products in person, according to a post on the Yiwu government's WeChat account on Tuesday.

"I set up a foreign trade company in Yiwu in 2003. Considering the needs of Indian customers, we usually place orders only after seeing the objects in person and asking for customization and improvement. As a result, it was difficult to place orders for new products during the outbreak, as we had to be online," said Hassan.

"I have been doing foreign trade business in Yiwu since 2011 and Yiwu has become my second home. I am really excited to return to Yiwu. I am especially grateful to the Yiwu municipal government for its efforts," said Mohammed Tabrez Akhtar, who also arrived in Hangzhou on the charter flight.

Du Yuegang, CEO of Zhejiang Tony Supply Chain Co (Tony International), told the Global Times on Wednesday that preparations for the charter flight were warmly welcomed by the Indian market, and such flights are important for business communication during special periods and can provide an effective path for trade recovery.

Tony International was the leading company in organizing the charter flight. The Yiwu-based supply chain company focusing on China-India trade has provided cross-border shipping service for more than 400 Indian companies in the past 10 years.

"The preparation for the charter flight started in June, and it was initiated by multiple economic administrators in Zhejiang Province. The Yiwu government entrusted us to launch a market survey before the program started. Nearly 400 Indian companies said they were willing to join the program," said Du.

The CEO is still busy answering phone calls from Indian companies asking about charter flights, as the first one arrived in China on Tuesday.

In view of the high popularity of the first China-India charter flight, the second may be scheduled in early September, and will be open to Chinese businessmen in India, said Du.

According to Du, some Indian clients used to come to Yiwu for business every two or three months before the pandemic.

"Some of the Indian merchants who arrived on the charter flight already have long-stay permits. Some of them got their new business visas valid for three months," a staffer at the Yiwu Commerce Bureau told the Global Times on Wednesday.

It takes about one month to prepare a charter flight. Since there are COVID-19 flare-ups in Yiwu, foreign businessmen are doing their concentrated quarantine in Hangzhou, according to the staffer.

Sources said that there will be more charter flights in the near future.

The staffer of the Yiwu Commerce Bureau said that a charter flight for South Korean merchants is currently under discussion.

The charter flight from India was operated by China Southern Airlines. The airline efficiently completed preparations for the flight from New Delhi to Hangzhou with support from the Ministry of Foreign Affairs, Civil Aviation Administration of China, Zhejiang Provincial Department of Commerce and Yiwu municipal Bureau of Commerce, according to a statement the company sent to the Global Times on Wednesday.

Recently, China Southern Airlines resumed international routes to 27 countries and regions, with the number of international flights rising to 57 per week.

Before the charter flight from India, the first charter flight, which took 163 Pakistani businessmen to Yiwu, landed at Hangzhou Xiaoshan International Airport on July 30.

It was the first charter flight carrying foreign traders to China in 2022, opening a new channel for foreign investors to purchase goods in China amid the epidemic.

Zhejiang Province in early July released an action plan to accelerate the implementation of business charter flights and scheduled flights, in a bid to support and stabilize foreign trade and investment.