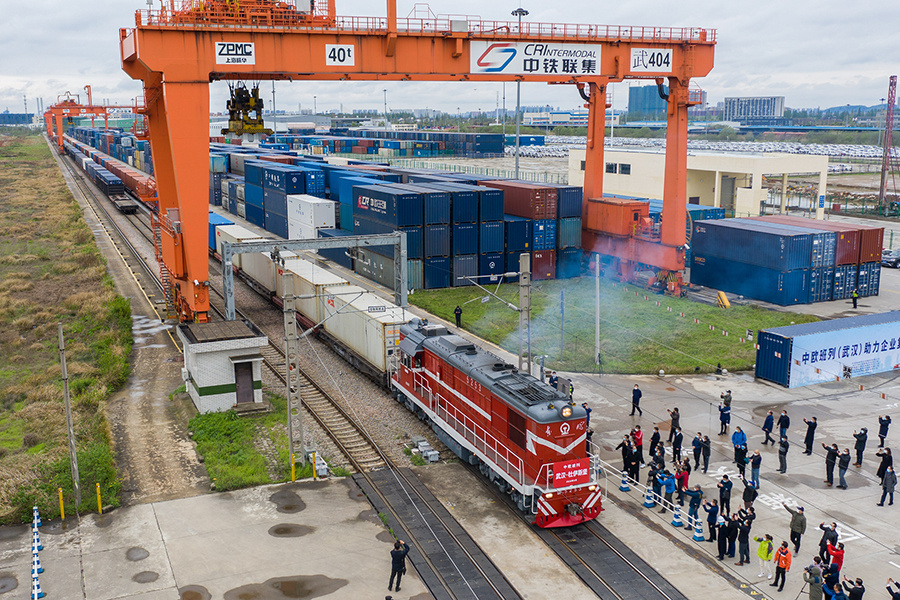 BERLIN - A China-Europe freight train from Wuhan, capital of Central China's Hubei province and once the epicenter of the COVID-19 outbreak, on Tuesday arrived in its destination -- the western German city of Duisburg.

In Duisburg, the welcome ceremony of the train was attended by China Consul General in Dusseldorf Feng Haiyang, Transport Minister of the State of North Rhine-Westphalia Hendrik Wuest and Chief Executive Officer of Duisburger Hafen AG (duisport) Erich Staake.

According to Wuhan Asia-Europe Logistics, operator of the train, the goods on the train include medical supplies, auto parts, electronic products, and optical communication fibers, among others.

After the arrival, the goods will then be distributed to Germany, France, Hungary, the Czech Republic and Poland.

According to the operator, freight train services between Wuhan and Europe are planned to operate twice a week westbound and once a week eastbound.

Last year, Wuhan recorded a total of 408 China-Europe freight train trips, among which 195 were outbound trips and 213 inbound trips.