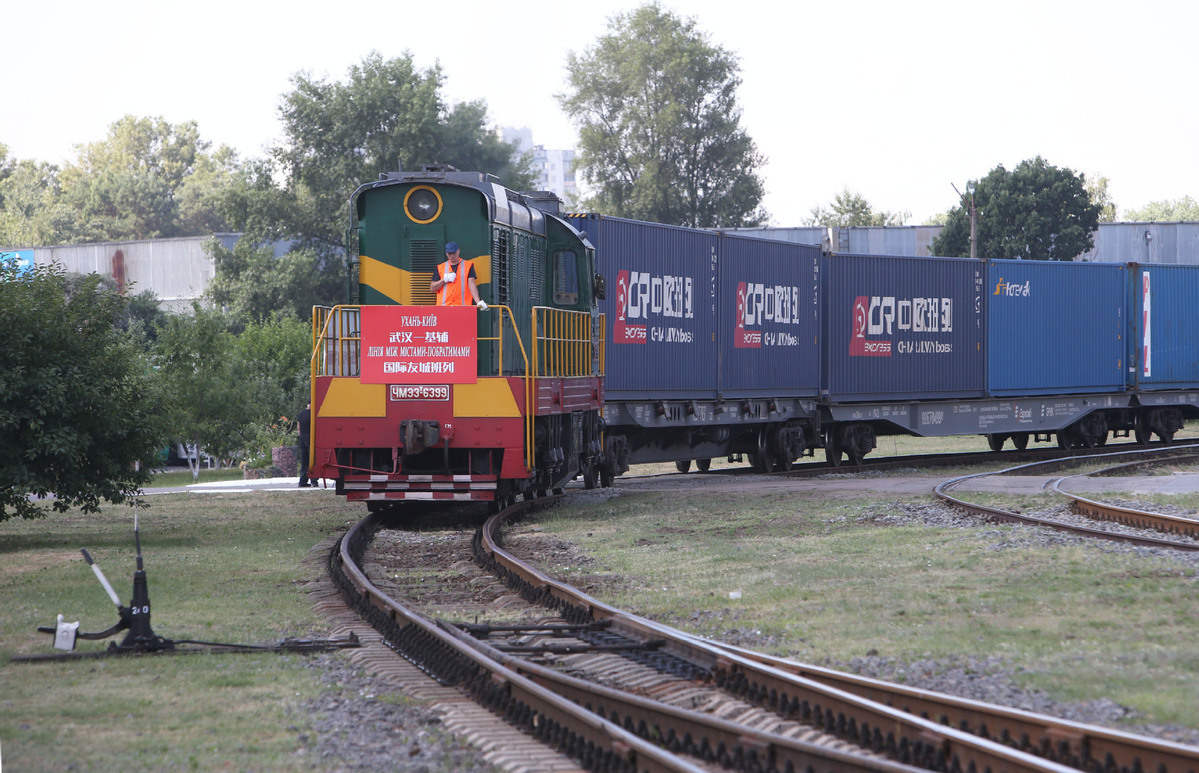 "Today's event has important symbolic significance for Sino-Ukrainian relations. It means that future cooperation between China and Ukraine within the framework of the Belt and Road Initiative will become even closer," said Chinese Ambassador to Ukraine Fan Xianrong during a ceremony to mark the train arrival here.

"Ukraine will show its advantages as a logistics center connecting Europe and Asia, and Sino-Ukrainian economic and trade cooperation will become even faster and more convenient. All this will bring even more benefits to the peoples of the two countries," he said.

Ukraine's Infrastructure Minister Vladyslav Kryklii, who also attended the ceremony, said this is the first step of regular container transportation from China to Ukraine.

"This is the first time that Ukraine has not just been used as a transit platform for container transportation from China to Europe, but acted as the final destination," said Kryklii.

Ivan Yuryk, acting head of Ukrainian Railways, told Xinhua that his country plans to expand the route of the container train.

"We have big expectations as to this container route. We can receive (trains) not only in Kiev but also in Kharkiv, Odessa and other cities," said Yuryk.

"For now, we've made plans with our partners about one train per week. It's a reasonable volume for a start," said Oleksandr Polishchuk, first deputy head of Liski, a branch company of Ukrainian Railways that specializes in intermodal transportation.

"One time per week allows us to improve the technology, work out necessary procedures with customs and controlling authorities, as well as with our clients," Polishchuk said.

The official added that one train can transport up to 40-45 containers, which adds up to a total of 160 containers per month. Thus Ukraine will receive up to 1,000 containers till the end of this year.

"In 2019, China became Ukraine's most important trading partner," said Ukrainian economist Olga Drobotyuk in a recent interview with Xinhua. "The launch of such trains can help to further expand and strengthen trade, economic, political and cultural cooperation between the two countries."