The first direct container train from Xi'an, capital of northwest China's Shaanxi Province, arrived in Kiev on Wednesday, Liski, a branch company of the Ukrainian Railways, told Xinhua on Thursday. 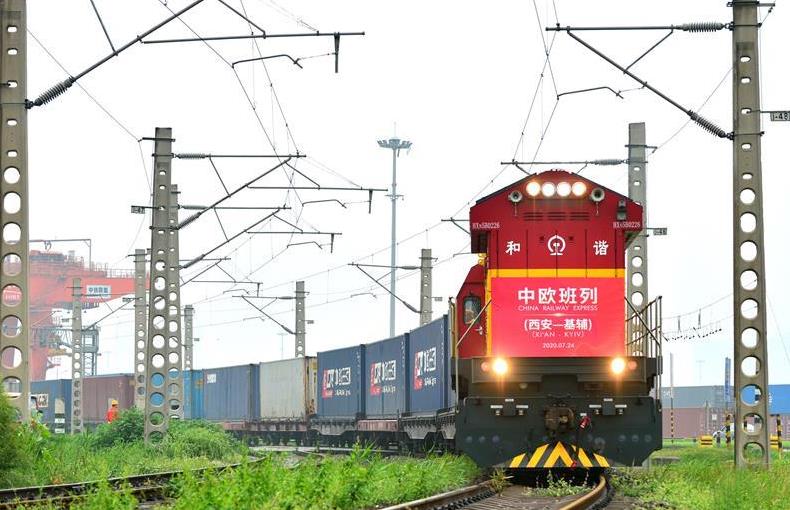 The container train brought medication, shoes and clothes, which will be delivered to consignees in different regions of Ukraine. The train covered a distance of more than 9,000 km through four countries in 20 days.

"The customer's interest in transportation by land has been growing significantly. We have received six direct container trains from China," said Oleksandr Polishchuk, first deputy head of Liski, adding that "there are even deliveries to Odessa, where cargo has historically arrived by sea."

Polishchuk also said that the two sides are working on developing export deliveries when the trains would start bringing goods from Ukraine to China as well.