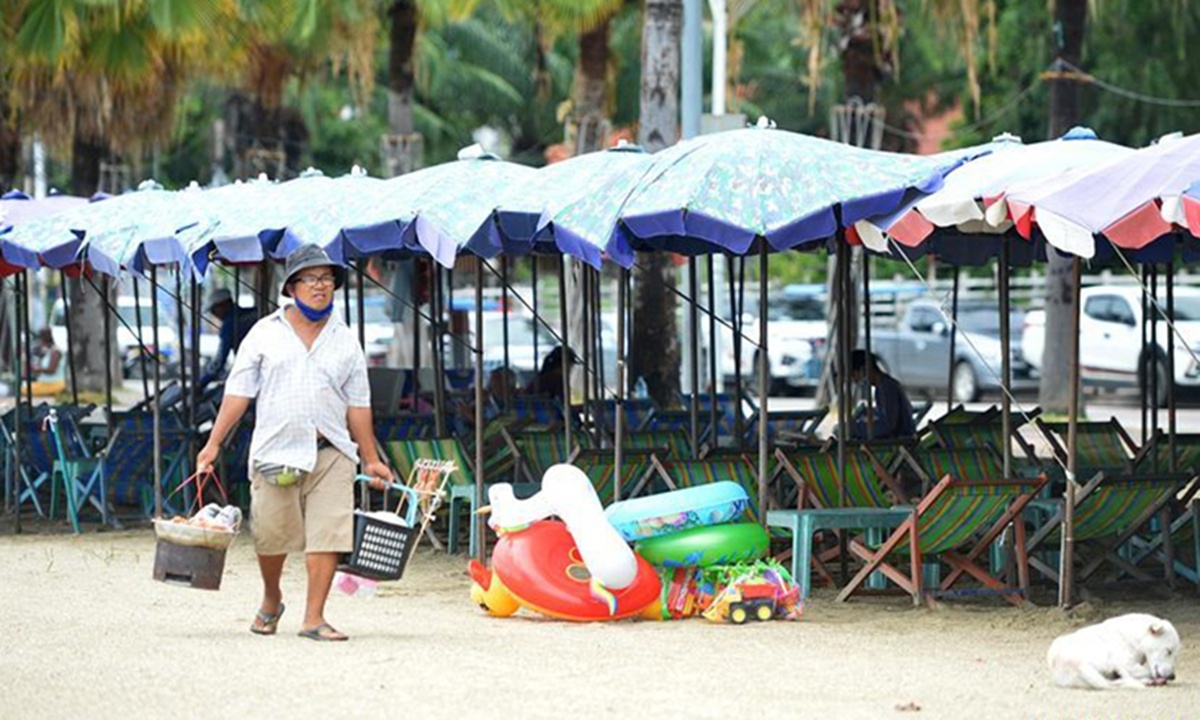 The arrival of 41 Chinese tourists holding a Special Tourist Visa (STV) in Bangkok on Tuesday, the first batch of foreign tourists after Thailand closed its borders in March to contain COVID-19, has rekindled hope among local tour agents and Chinese businessmen.

Though the economic boost to the Southeast Asian country remains to be seen due to the current limited number of tourists, applications for this type of visa are rising among Chinese, who have particular interests in Thailand's sunny beaches to flee the cold winter, as well as those have Thai connections - business, family or property, two people familiar with the matter told the Global Times.

The STV allows tourists from low-risk countries to enter the country and stay for up to 270 days, in a bid to save the stagnant tourism industry.

"We have been quite successful in handling the arrival of Chinese tourists, as both sides have been cooperative in adhering to health control measures," said Yuthasak Supasorn, governor of the Tourism Authority of Thailand (TAT), after the first group of 41 tourists flew from Shanghai to Bangkok on Tuesday, the Xinhua News Agency reported.

A second group of 100 people from Guangzhou will fly to Thailand on October 26 and another from Shanghai on October 28, the report said.

"The first batch of about 300 STVs for October was issued to Chinese visitors in a very short time," Lin Wei, president of Bangkok-based Teng Da Tour Group Co, told the Global Times on Wednesday, adding the visa aims to attract high-spending tourists to revive the country's travel sector. The company facilitates STV applications for Chinese people, and it has specialized in high-end tourism in Thailand for years.

Under local preventive measures for the coronavirus, these travelers must undergo 14-day quarantines in designated accommodations and take COVID-19 tests twice.

"The return of a limited number of Chinese tourists has infused new confidence in the tourism industry in Thailand. It shows that the government has preparations to prevent and control viral outbreaks before it opens the borders wider to welcome international travelers," he said.

Chinese businessmen in Thailand also hailed the visa. "The arrival of the Chinese tourists on Tuesday was exciting to us as we saw hope to recover the hard-hit economy. We could feel that the two countries are striving to boost their economic recoveries," Yu Linlin, president of the Thai Jinlin Trade Association, told the Global Times.

China was the largest tourist source for Thailand before the pandemic. About 11 million Chinese visited in Thailand in 2019, contributing about $17 billion in revenue, according to official data. But on Wednesday, the Chinese Ministry of Culture and Tourism announced that China will continue the suspension of travel agencies' cross-border group tour services.

It is not a surprise for Chinese to become the first people to visit Thailand amid the ongoing pandemic, because China has made remarkable achievements in containing the virus compared with other major countries, Lin noted.

"Seeing up to 600 million Chinese people travel within their own country during the recent National Day holiday, many Thai people feel relaxed about Chinese tourists."

However, opinions of the STV policies diverge in Thailand, as some are afraid that reopening the borders may bring the virus in.

Flights for future STV tourist groups from Europe are still being considered, the newspaper National Thailand cited the TAT governor as saying on Tuesday.

As it waits to see the public reaction and the coronavirus situation in the following weeks, Thailand may reopen the borders wider in small steps, Yu and Lin said.

According to Oxford Economics, the tourism sector generated almost 20 percent of Thailand's GDP last year, but the industry could take four years to return to 2019 levels.