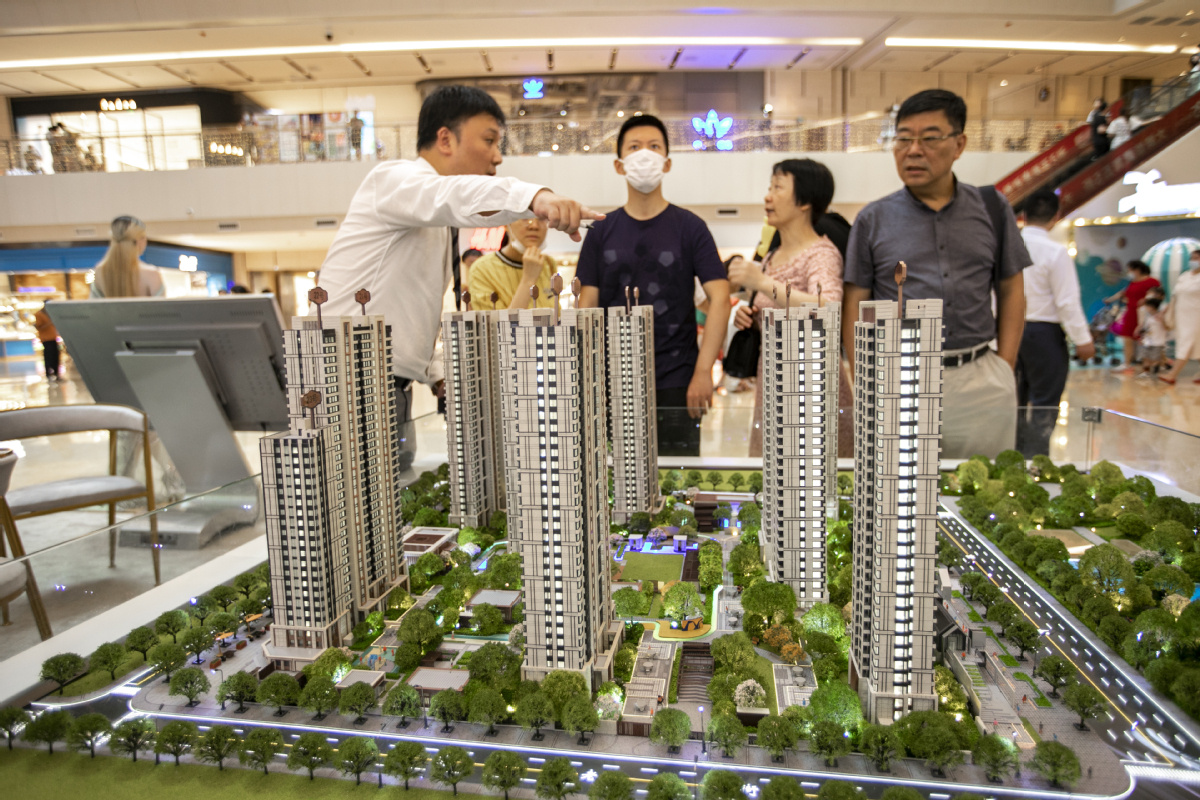 SHANGHAI－Shanghai residents who plan to buy new houses need to calculate their scores first and check whether they are eligible for a lottery system.

The seemingly complicated rules rolled out in Shanghai recently can effectively ensure houses in this megacity are allocated to families that desperately need their own accommodation.

Under the principle that housing is for living in, not for speculation, real estate control measures across China are gradually evolving to tackle housing problems in big cities.

In early February, Shanghai started to explore a score-based lottery system for housing sales, satisfying families without housing first as buyers far exceed the number of units on sale.

In early March, Shanghai upgraded its control policies to impose a five-year ban on the resale of new houses purchased by residents who enjoy the preferential policy. It also capped the transfer prices of land for housing development.

"This new scoring system has made us feel more at ease," said Zhou Yuanyuan, who has worked in Shanghai for five years after graduation.

Zhou and her husband planned to buy a new house in Shanghai but could not buy one as the earlier lottery system had many more competitors. Now the lottery allows only 1.3 times the potential buyers for the number of houses on sale.

"We are a family with no house in Shanghai and no purchase record in five years. Our score is at around 69, which is quite a competitive score, and now we have a much higher probability of buying a desirable house," Zhou said.

Major cities in China, such as Shenzhen, Beijing, and Guangzhou, have also rolled out measures to regulate and control the property market multiple times over the past year.

The city has also taken measures to prevent the illegal flow of consumer loans and business loans into the real estate market to clamp down on excessive market speculation.

Since the beginning of this year, Beijing has vowed to intensify the crackdown on misappropriating loans for housing purchases.

New home prices in four first-tier cities－Beijing, Shanghai, Shenzhen, and Guangzhou－rose by 0.5 percent month-on-month in February, following a 0.6 percent increase in January, according to data from the National Bureau of Statistics.

The resale housing market in first-tier cities saw prices increase by 1.1 percent month-on-month in February. It edged down by 0.2 percentage points from January.

Although the resale housing prices in China's first-tier cities still lead the country, the rise has slowed down, and the market in second- and third-tier cities has stabilized.

Zhang Dawei, the chief analyst of Centaline Property, said some homebuyers in cities such as Shanghai and Shenzhen continued to rush into the market despite upgraded property control measures, worried about losing their qualifications to buy houses.

The prices of resale homes in first-tier cities continued the uptrend of last year due to inertia, Zhang said.

The spate of control measures has taken effect in Shanghai's property market. So far, only one residential property in Shanghai has triggered the scoring system because of excessive buyers.

Commercial housing sales staff in Shanghai's Minhang district said the number of buyers dropped significantly after the new system took effect. With the new scoring system, buyers can no longer cheat in the lottery process by inviting many relatives or friends to participate on their behalf.

Under the principle that housing is for living in, not for speculation, cities across the country have unveiled stringent control measures, which have effectively helped curb speculative demand and kept the market generally stable, said Zhou Jingkui with the Real Estate and Urban Development Research Center, which is part of Nankai University.

The expression "housing is for living in, not for speculation" appeared for the third time in the Government Work Report this year. The policy signal is clear, said Ni Pengfei, director of the Global Urban Competitiveness Research Center for City and Competitiveness, which is part of the Chinese Academy of Social Sciences in Beijing.