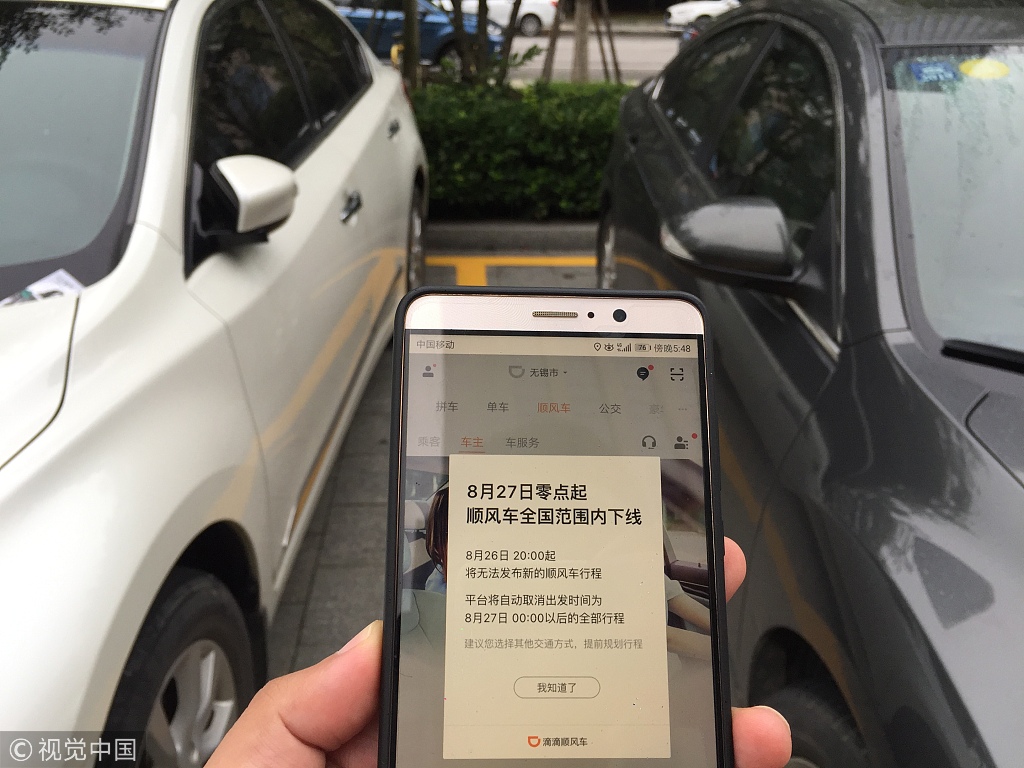 The Ministry of Transport on Monday urged the nation's online car-hailing platforms to take concrete action to safeguard passengers' personal safety, after a 20-year-old woman in Yueqing, Zhejiang province, was raped and killed by a Didi driver on Friday, the second such killing this year. The driver confessed, the police said.

Ride-hailing platforms should learn a lesson and conduct their businesses strictly in line with laws and regulations, and by no means should they push the legal limits, thereby endangering passengers' priceless lives, an article posted on the ministry's website and WeChat account said.

Recent homicides have demonstrated that online hailing platforms, such as Didi, pursued business expansion and profit at the expense of safety, and that they have been lacking in social responsibility, it said.

The article called on all to "show zero tolerance" of omissions when it comes to passenger safety in the transportation sector.

In Shanghai, the account of a Didi driver was frozen after a female passenger filed a complaint about the driver's "harassing her and asking her to go to a hotel" via WeChat after the trip concluded, ThePaper.cn reported on Monday.

In nearby Zhejiang, where the Friday killing took place, the transportation management authority in Taizhou, in central Zhejiang, said it had investigated and prosecuted more than 360 illegal and unregistered car-hailing vehicles using the Didi brand between May and July.

The city created a detailed regulation for managing online car-hailing as early as November 2016, setting specific requirements for platforms, vehicles and drivers' experience.

"But Didi hasn't contacted us to obtain the business operation permit required," an official in Taizhou's transportation bureau said.

The recent homicide case has also stirred appeals from the public－especially female passengers－to ask car-hailing platforms to take more steps to protect their safety via the apps, such as embedding a one-click link to the police.

So far, short messages to 12110, and the 110 emergency hotline remain the two mainstream means of emergency contact, an official at the Zhejiang Public Security Department told China Daily on Monday.

In a separate development, Huolala, a vehicle-hailing platform for cargo, apologized on Monday to a female client in Hangzhou after she complained that a driver had continued to harass her after the trip.

The woman, surnamed Wang, complained online that she was so frightened by the continuous harassing calls from the driver that she felt she had to move out of her apartment and stay at a nearby hotel for more than 20 days.