Prices and sales rose at flower markets this week as couples prepared to celebrate Valentine's Day on Thursday. 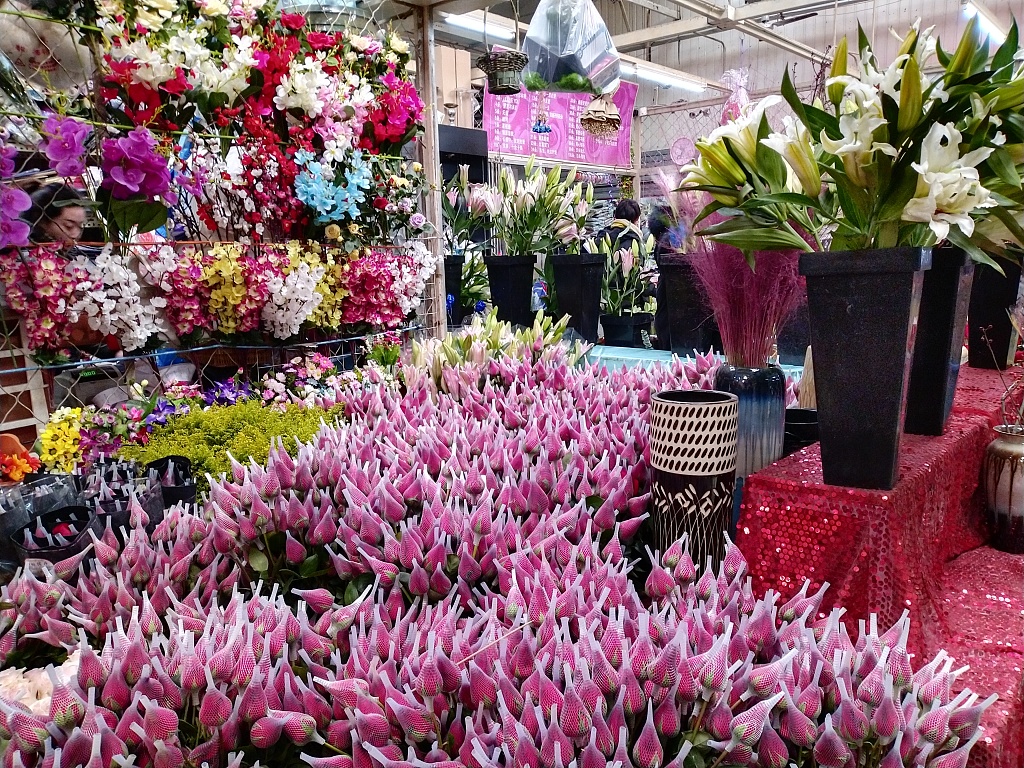 Red roses remain the most popular choice, but other kinds of flowers are also finding favor, according to a Taobao report based on online purchases.

The data, gathered from Sunday to Wednesday, show flower orders on Taobao up about 70 percent this year, with orders for roses tripling.

"Because of the overlapping of the preparation periods for Valentine's Day and Lunar New Year, the number of customers received in the market over the past four days was double normal days," Wang said.

Cheng Xingfei, a retailer, bought 1,000 bundles of flowers from the market this year and said prices were up about 2 percent on average from Valentine's Day last year. A single rose can sell for up to 8 yuan ($1.18).

"This year, demand for roses is increasing, and there are more varieties," Cheng said. "For example, Ever Red, a kind of rose with few thorns and thick petals, is selling well."

Although red roses continue to be the most popular choice, sales of other colors have also risen over Valentine's Day last year, the Taobao report said.

It said people from western China still enjoy the traditional red, but those from coastal provinces, such as Zhejiang, Jiangsu and Liaoning, prefer pink and yellow.

Meanwhile, tulip sales have doubled this year. As for other plants, people in their mid-30s seem to prefer longer-lasting flowers, such as lilies and eustomas, while people over 40 opt for potted plants, such as money trees and kaffir lilies.