BUSINESS For imperiled airlines, it keeps getting worse

For imperiled airlines, it keeps getting worse 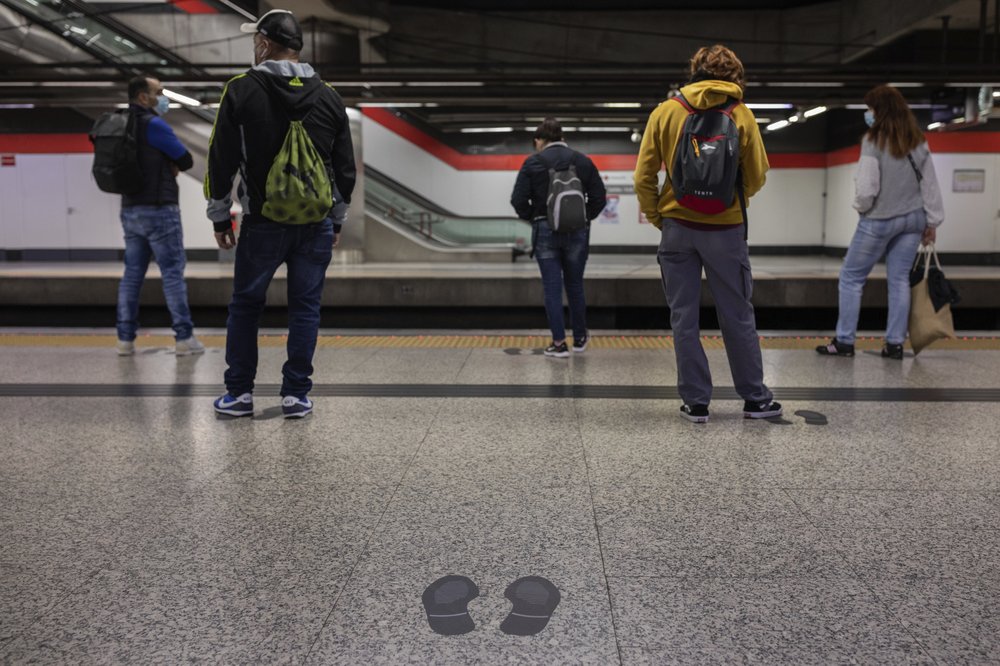 Commuters keep social distancing guidelines to prevent the spread of coronavirus inside a train station in Madrid, Spain, May 4, 2020.  (Photo: AP)

AIRLINES BUFFETTED: Air travel has come to almost a complete standstill and industry executives believe the industry could shrink. The situation continues to worsen.

— Billionaire Warren Buffett said over the weekend that he had unloaded his company’s entire stake in major U.S. airlines, believing he was mistaken in his valuation of the industry. Shares of American, Delta and United plunged between 13% and 14% Monday. Southwest slid 9%.

— Shareholders of the low-cost carrier Norwegian Air Shuttle approved a plan to rescue the company by swapping debt for equity so that it might access some of the government’s guarantees worth 3 billion kroner ($290 million).

The carrier has already laid off 90% of its workforce.

— The European Union approved 7 billion euros ($7.6 billion) in loans and guarantees that the French state is providing to Air France.

Air France will get 3 billion euros ($3.28 billion) in direct loans from the French state and a 4 billion euro ($4.37 billion) bank loan guaranteed by the state, the airline said in a statement.

FOOD CHAIN: Meat packing plants have been ravaged by the outbreak because people most work in close quarters. While some have begun to look toward normalization, it may be a long road back.

— Retail sales surged for Tyson foods, but it hasn’t made up for sales to the food-service industry, which have fallen off a cliff.

The company posted quarterly earnings Monday, and shares plunged 8% as it warned of continued slowdowns.

— Hong Kong’s economy shrank by 8.9% in the first quarter when compared with a year ago, its worst performance since quarterly reporting began in 1974.

— An estimated 1.5 million South Africans had returned to work by Monday, as the country slightly eased lockdown conditions. The mining, manufacturing and business sectors began reopening with up to 30% of their workforce. Additional workers will be added gradually, depending on safety precautions and South Africa’s statistics on the spread and severity of COVID-19 in the country.

— Belgium relaxed some of its lockdown measures Monday. Business-to-business companies can open their offices to employees again, even though remote work is still encouraged. Textile shops selling cloth will be opening too since they are essential if people want to make their own protective masks.

MARKETS: The Dow Jones index has fallen 18% over the past three months and the S&P 500 15%. The Nasdaq has slid 8%. Wall Street is having a difficult time valuing companies because of uncertainty about what comes next. All three indexes have bounced back by double digits over the past 30 days in volatile trading.

— Stocks are down modestly on Wall Street Monday, as the market gives back a bit more of the gargantuan gains from its best month in decades.

PRESSED: Among the businesses closed during the pandemic are health clubs.

— Gold’s Gym, founded in Venice, California, by a former bodybuilder Joe Gold, filed for Chapter 11 bankruptcy protection. The company said Monday that its 700 gyms worldwide will remain open as it restructures and that it plans to emerge from bankruptcy by August.