BUSINESS For millennials, health is the new wealth

For millennials, health is the new wealth 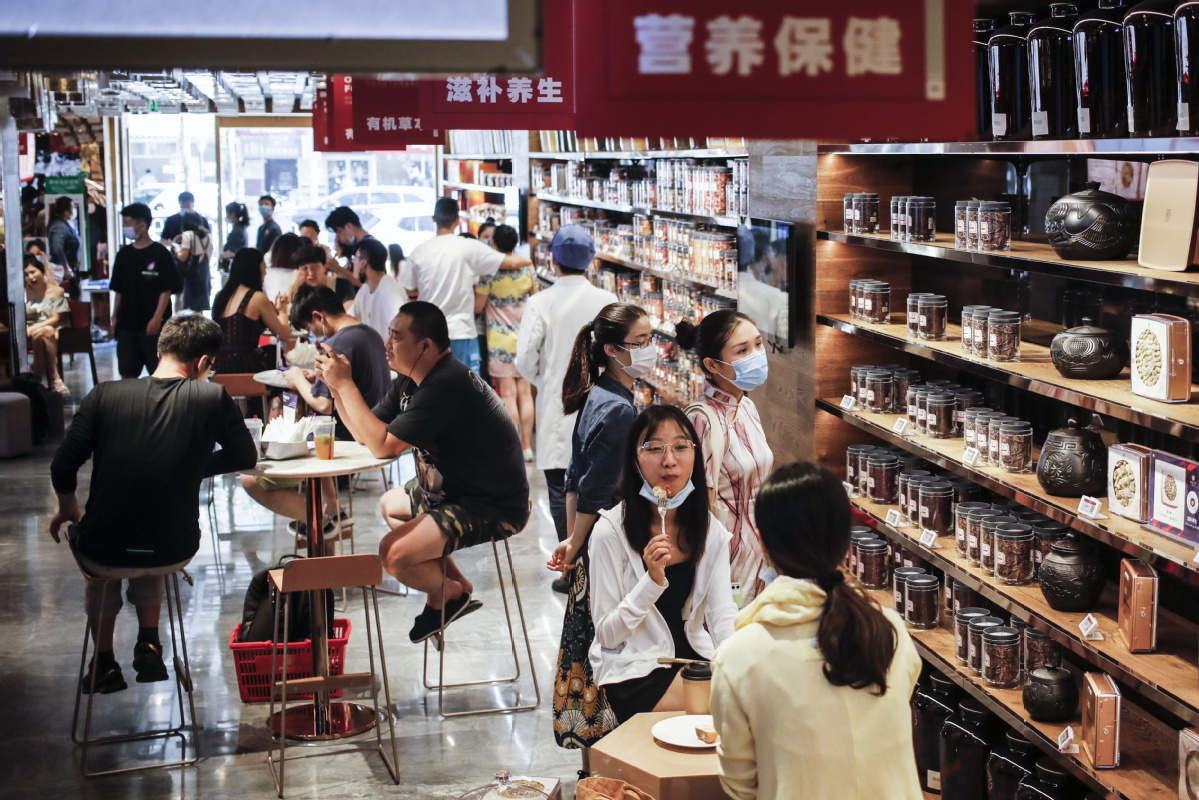 The monthslong COVID-19 pandemic has made China's millennial generation even more health-conscious, giving lifestyle-related businesses a much-needed shot in the arm.

Pursuit of good health, a hallmark of Chinese culture for a long time, is getting a twist of innovation, spawning a multibillion-dollar industry, as upwardly mobile, lifestyle-conscious but stressed and overworked millennial consumers jump on China's tech-enhanced wellness bandwagon.

No longer are they limiting their expenses to apparel, electronics and entertainment products. On their shopping list are a slew of innovative health products and services like supplements, gadgets like wrist bands, beverages, dry fruits, organic foods, powders, diets, fitness regimens advised by professionals, what have you.

Zhao Kunjie, 25, a marketing executive in Beijing, is one such consumer. In recent years, heavy work in her job made her age faster, weakening her physically and mentally, she said.

That's when she began consuming a women's multivitamin tablet every morning, complemented by an acai berry capsule each at lunch and dinner, topped off by a bilberry lutein tablet before going to bed.

Multivitamins nourish her with nutrients. The capsules help keep her skin supple and glowing, besides boosting fitness. The bedtime tablets are for eye-care, she said.

"I use computer and cellphone too much. I'm always worried I might go blind," Zhao said, referring to her screen time of up to 12 hours a day due to late hours spent on finishing work.

Earlier this year, she bought an electric foot basin. Usually, she soaks Chinese herbal medicine into hot water in the basin and sinks her tired feet in, which helps improve the quality of her sleep.

In all, Zhao spends around 200 yuan ($29.6) a month to preserve her health and stay well and fit. "The last thing I want is ending up dead before getting wealthy."

She is concerned that many of her stressed-out colleagues complain of stomachaches or catch colds from time to time.

"An effective health regimen can't be developed overnight. But I think mine is taking effect. My periods are no longer painful. I don't have sore eyes anymore."

Zhao broadens her ken by reading books by health professionals and content on Zhihu, a Chinese Q&A platform.

Younger consumers such as Zhao are willing to spend more than what the previous generation did on good health.

This follows reported higher incidence of health problems among young Chinese. Half of respondents to a CBNData health survey in July said they experienced hair loss and decreased vision; about 40 percent had obesity and weakened athletic ability; and 30 percent said their immunity worsened.

The research firm's report further stated that over 90 percent of people born after 1990 had awareness of the importance of a health regimen, and 50 percent actually took action.

More youth are contracting serious diseases like cancer and cardiovascular disease. This is forcing them to care more about health, he said, adding social media channels have also amplified young people's anxiety about health.

Jiang Hao, global partner of consultancy Roland Berger, said the higher the education a person receives, the more willing he or she will be to invest in "health-related consumption".

"It refers to not only a cup of tea with gouqi, but also all health-related services," he said. "Many young Chinese pour big money into beauty and fitness. They would like to pay if it helps improve physical or psychological health."

Xie Aobo, 20, a college student in Hunan province, said the first time she was invited by her mother and aunt to visit a health and wellness service store in July, she instantly fell in love with it.

While she lay on a bed, a woman softly massaged acupuncture points on her head that often made her doze off. She steamed her feet in vapors of hot traditional Chinese medicine soup. She also tried moxibustion. 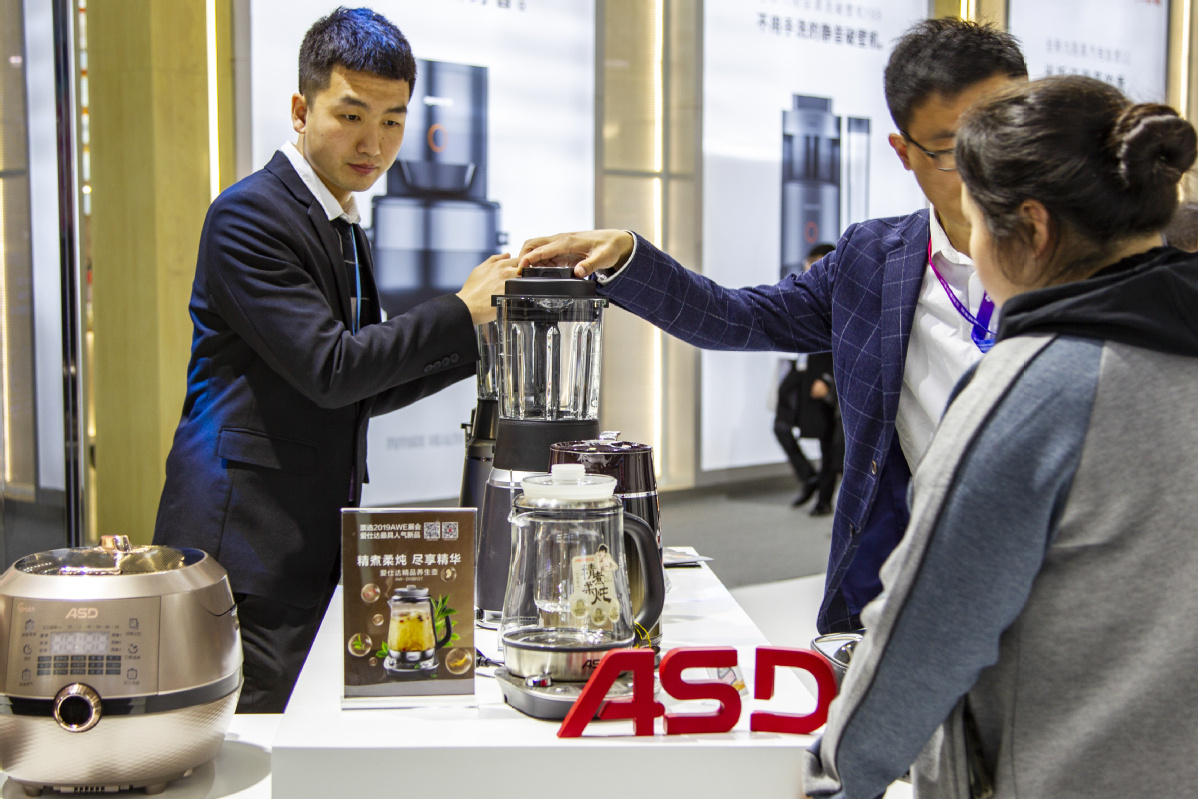 Salespeople inform a customer about multifunctional kettles that can boil tea, soup, porridge and medicinal preparations at an exhibition in Shanghai in 2019. (Photo: China Daily)

"Although most of the customers are middle-aged women, much older than me, I don't really mind. I enjoy the service. The aroma of TCM smells good. The massage is comfortable," Xie said.

She used them up before the new school semester began in September. She plans to visit it more often and can't wait to buy a membership card worth over 1,000 yuan whenever she could afford it.

She said she has hair loss and her knees ache. She believes such therapy can help. "Young people should not take their youth and health for granted. The consequences will come years later, and by that time, it'll likely be too late to compensate, and some damage may be irreversible."

She also said more people in their 20s are noticing their own health problems and taking measures in time to pre-empt future harm.

"Renowned respiratory expert Zhong Nanshan, 84, is still vigorous and energetic while giving speeches. I think it's the standard I aspire for."

"Obviously, growing up in a more developed China, the young generation prefers a more relaxing lifestyle, which leads to a greater emphasis on health and well-being," Zhang said. "But for this generation, they increasingly believe that 'inner health' is the foundations of 'outer beauty', one of the most important assets to move them forward in life."

Yu from Kantar Worldpanel said more companies have noticed that their main target is no longer old and middle-aged people, but the rising young consumers who have tremendous purchasing power.

He said the market has great potential as COVID-19 has prompted Chinese customers to attach more importance to immunity and be more willing to invest in health.

Innovation is bringing exciting possibilities to the industry.

The mixture of Western and Eastern elements also enriches experiences for young consumers.

They offer coffee infused with TCM herbs such as gouqi, licorice, leonurus, monk fruit and cinnamon. It also offers consultancy, diagnosis and treatment areas on its premises for young consumers to receive food therapies and some attention to minor health problems.

He Junshuai, director of brand management of healthcare services at Tongrentang, told China Daily earlier that the innovation aims to meet rising demand for healthcare products and services among the youth. Its herbal drinks have received high recognition, He said.

Sales revenue of one of its cafes reached 1.62 million yuan in June, three times that in May. The full-year revenue goal is 30 million yuan, the company said.

CBNData said young Chinese born after 1990 also prefer health products that can improve their physical appearance. They prefer shampoo infused with herbs like green tea and roots like ginseng. They contributed 50 percent to oral beauty product sales online in 2019, it said.

"Traditional Eastern philosophy of 'you are what you eat' now has a huge influence on the younger generation, so we see post-1990 consumers driving strong growth of food and beverage categories from modern beauty F&B, including F&B products enhanced with beauty functional ingredients such as collagen water, beauty supplements such as skin-whitening pills, to traditional invigorants like bird nest and fish maw," said Zhang from Prophet.

More "on the go" formats like "gum" are also expected to make wellbeing products part of an overall healthy and active lifestyle, he said.

Brands can explore business model innovations such as subscriptions, and bundling products with health or beauty consultation services, he added.