BUSINESS Forced sale of TikTok could set a dangerous precedent

Forced sale of TikTok could set a dangerous precedent 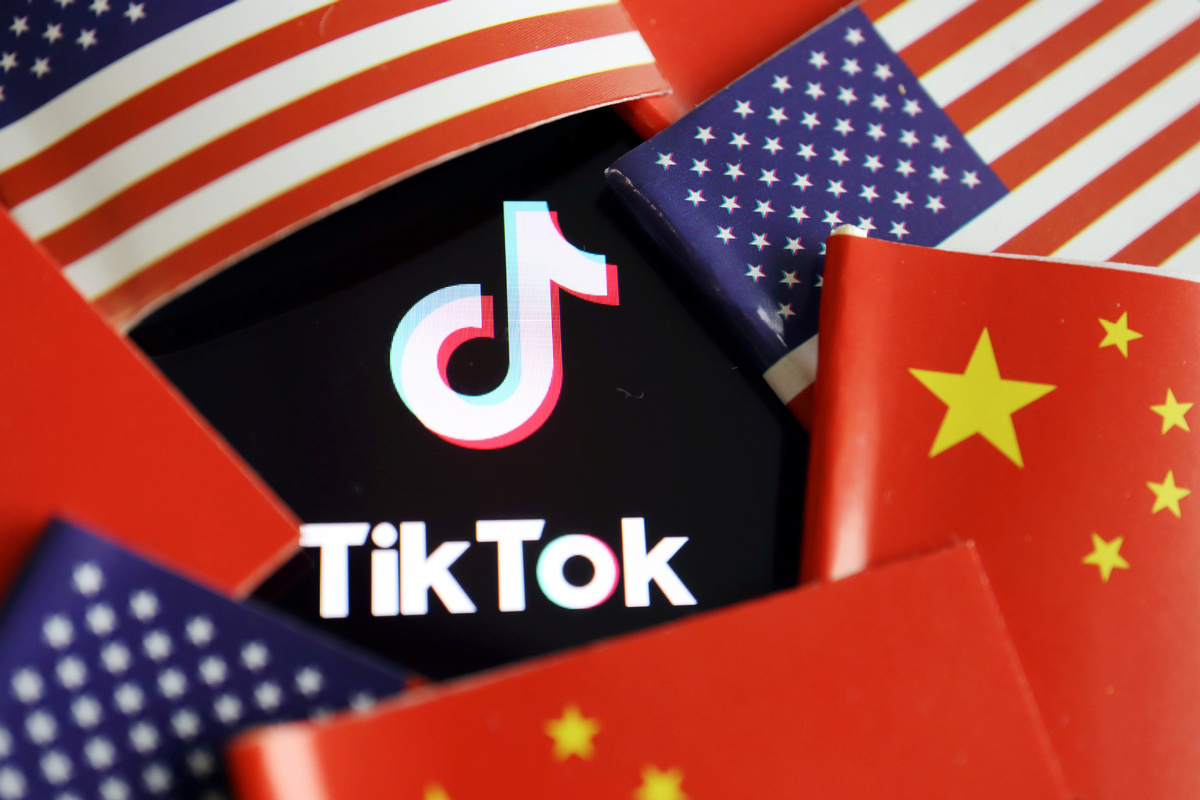 China and US flags are seen near a TikTok logo in this illustration picture taken July 16, 2020. (Photo: Agencies)

The forced sale of the US arm of video app TikTok could have negative implications on foreign investment in the United States, and President Donald Trump's demand for a government cut of a potential deal could set a dangerous precedent, experts have said.

After threatening on Friday to ban the short-form video platform from the US, citing national security concerns over user data－which TikTok's Chinese parent ByteDance has denied－Trump warned on Monday that TikTok would be shut down on Sept 15 unless Microsoft or another "very American" company purchased it.

He also said that any sale of TikTok's American operations would have to include a "substantial portion" of the proceeds going to the US Treasury.

Hal Singer, an antitrust expert and managing director at consulting firm Econ One, cautioned that the transaction could be problematic.

"The bigger problem is that, going forward, foreign investors might be reluctant to invest in the US if a president, on a whim, can zap the value of their investments by forcing a fire sale to US incumbents," Singer said on Twitter on Tuesday. "We need guardrails here."

Gary Hufbauer, a senior fellow and trade expert at the Peterson Institute for International Economics in Washington, said the whole saga is "ridiculous".

"There is no reason to deny TikTok access to US consumers," Hufbauer said of the popular app, which has 100 million users in the US.

"Trump's demand that TikTok or Microsoft should pay the US Treasury ransom for the forced transaction has no justification," Hufbauer told China Daily.

TikTok was under scrutiny by the Committee on Foreign Investment in the United States－an interagency panel chaired by the Treasury secretary that studies mergers for national security reasons－for its acquisition of another video app, Musical.ly, in 2017, according to US media reports.

Hufbauer said that by using the committee, Trump can legally force TikTok to divest.

"But this is a huge departure from the norms of a market economy," Hufbauer said.

Employees and the management of TikTok's owner, ByteDance, were heavily criticized on Chinese social media for entering into talks with Microsoft to sell the company's US operations, and a Chinese Foreign Ministry spokesperson has called the forced transaction "outright bullying".

"Chinese reactions are fully justified," Hufbauer said. "Microsoft needs to deal in a respectful manner to maintain its reputation for fair dealing in China."

The acquisition could be a boon to Microsoft's business, giving it 100 million mostly young users to bolster its consumer-facing operations. But the pursuit of TikTok has put the software giant at the center of the US-China firestorm, The Wall Street Journal reported on Tuesday.

Eswar Prasad, a professor of trade policy at Cornell University, said it is remarkable for a US administration to tie approval of a commercial transaction to an explicit payoff to the US government.

"There is no obvious legal basis for such a demand, particularly since there are no antitrust or other issues at play in this transaction," Prasad, also a former chief of the International Monetary Fund's China Division, told China Daily.

The Trump administration seems to be creating new norms for approval of business transactions that stretch the boundaries of the existing US legal framework, Prasad noted.